CONCORD, N.C. -- It's National Engineers Week, which falls in the week in February every year that encompasses George Washington's birthday, which is on Feb. 22.

Race engineer Zac Brown of the No. 24 team has a jam-packed week, starting from right after the race and leading up to the very next race. 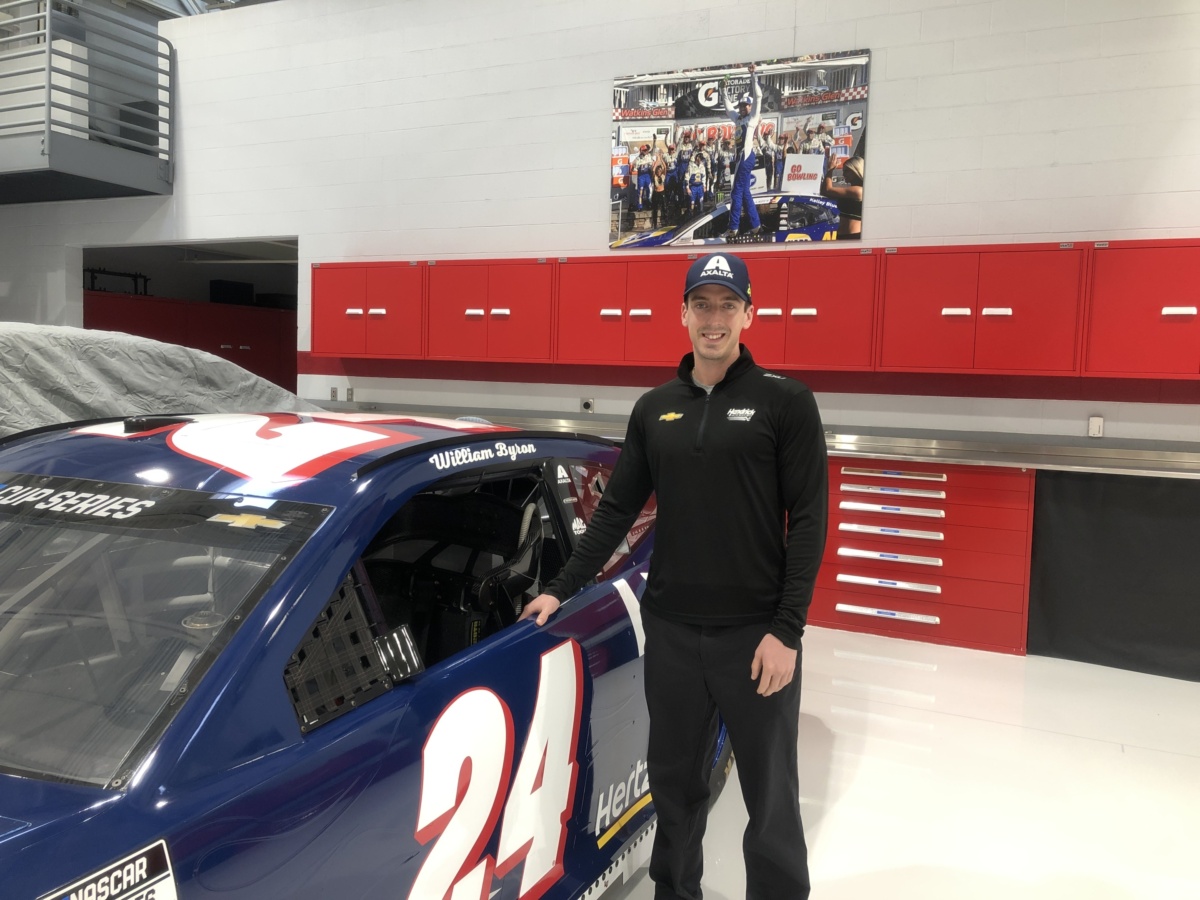 Brown said once the team is back from a track, he will take notes from how William Byron did at the previous race and look for improvements. He and Byron will go to a simulator and test out different scenarios to prepare for the following race.

By Wednesday Brown said the team is focused on make sure Bryon's Chevrolet Camaro ZL1 1LE is in top condition.

"We come in – again we have a meeting Wednesday morning," Brown said. "(Crew chief) Chad (Knaus) will come in and we will go through the entire car build. We’ll go through the weekend preparation. Things as a simple as what’s the race format? What are the stages? What’s the schedule like? When is practice? What’s the weather going to be like?

"… We go through our notes from the previous event (and) see what did we need. What option do we have to try to help those areas? Then we’ll go through the DIL (simulator) notes from the previous day and say, ‘Hey, this was a big hit,’ or ‘this wasn’t.’ Then we get a final set-up sheet to the guys out on the plate and all the mechanics will get the car built the correct way and we usually ship the car out Wednesday afternoon."

Brown said he gets a break Thursdays before the team has to fly out to the next track, where the hardest work begins.

"During the race, we are doing several things," Brown said. "We’re monitoring how the car is handling, so we’re able to actually see the driver telemetry live. We can see throttle, break, steering, speed traces – not only for William, but for the entire field. I’m monitoring that live, so I can get a feel for how the car is driving, where we’re losing the most time before William even speaks up.

Brown added that he also monitors the fuel mileage during each race to determine the best times the pit and the strategies of the No. 24 car, along with the other 39 cars in the field.

"I feel that Zac has an interesting desire to correlate with the drivers (on how) they’re doing and feeling in the car to data and to try and help with that," Knaus said. "He has a unique passion for aerodynamics, which is good and driver tracking and driver ability, as far as what the driver is doing and what the other drivers are doing.

"He’s unique from that standpoint, so he’s not like a normal data engineer. He’s got a little bit of intuitiveness that he’s honing and getting better at daily and he has a passion for that, where a lot of engineers come in and are completely data driven. Which you have to have both ends of the spectrum, right? But he’s got a little bit of swag in him, which is good. 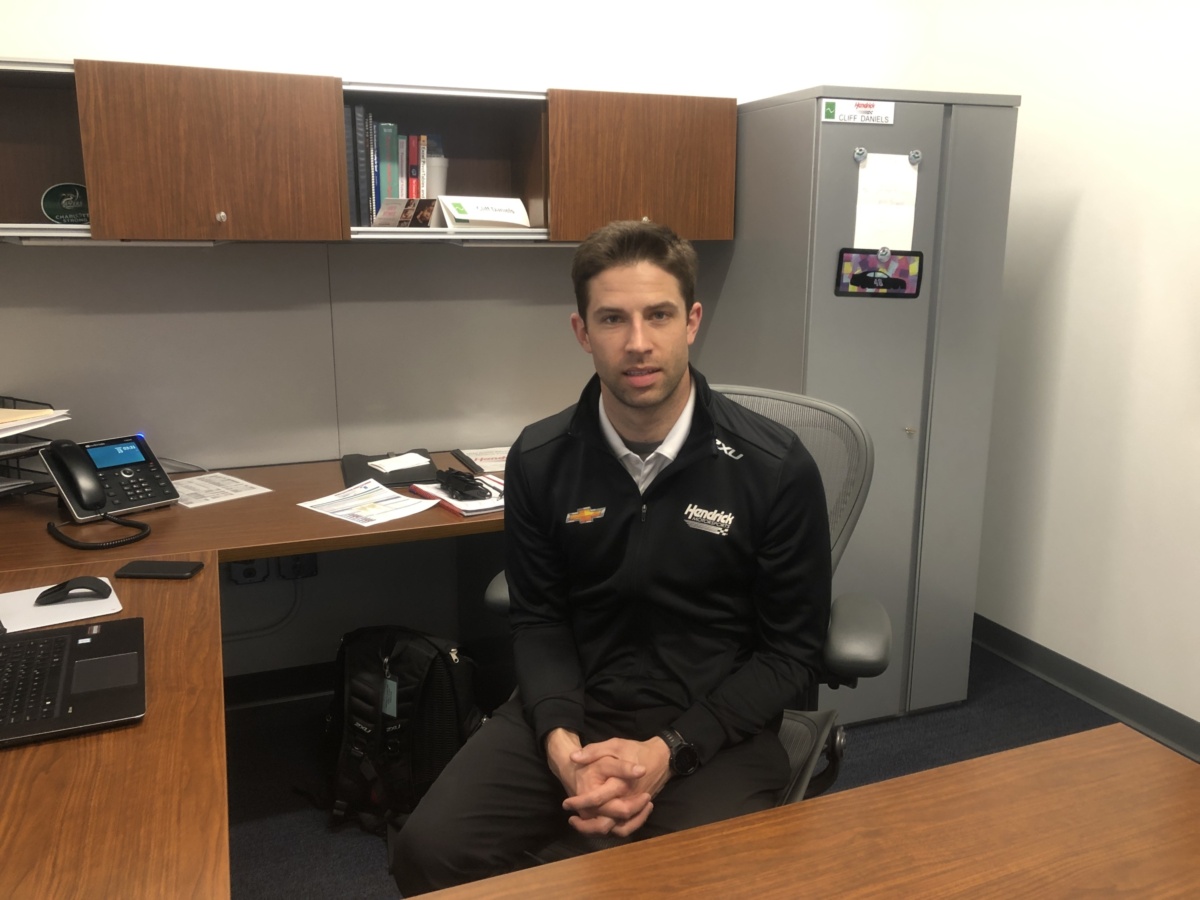 For Cliff Daniels, the crew chief of the No. 48 team, he also remembers the work he did while he was the race engineer for Jimmie Johnson's team.

Daniels said the most rewarding part of being a race engineer was the realization that a new idea worked well enough to benefit the team.

"Being able to take an idea or concept on how to make (the) car better and seeing it actually work (on the track)," You know, we put in so much effort into figuring out a way to make these cars faster and when you can apply it and see it work, that’s such a great feeling.” 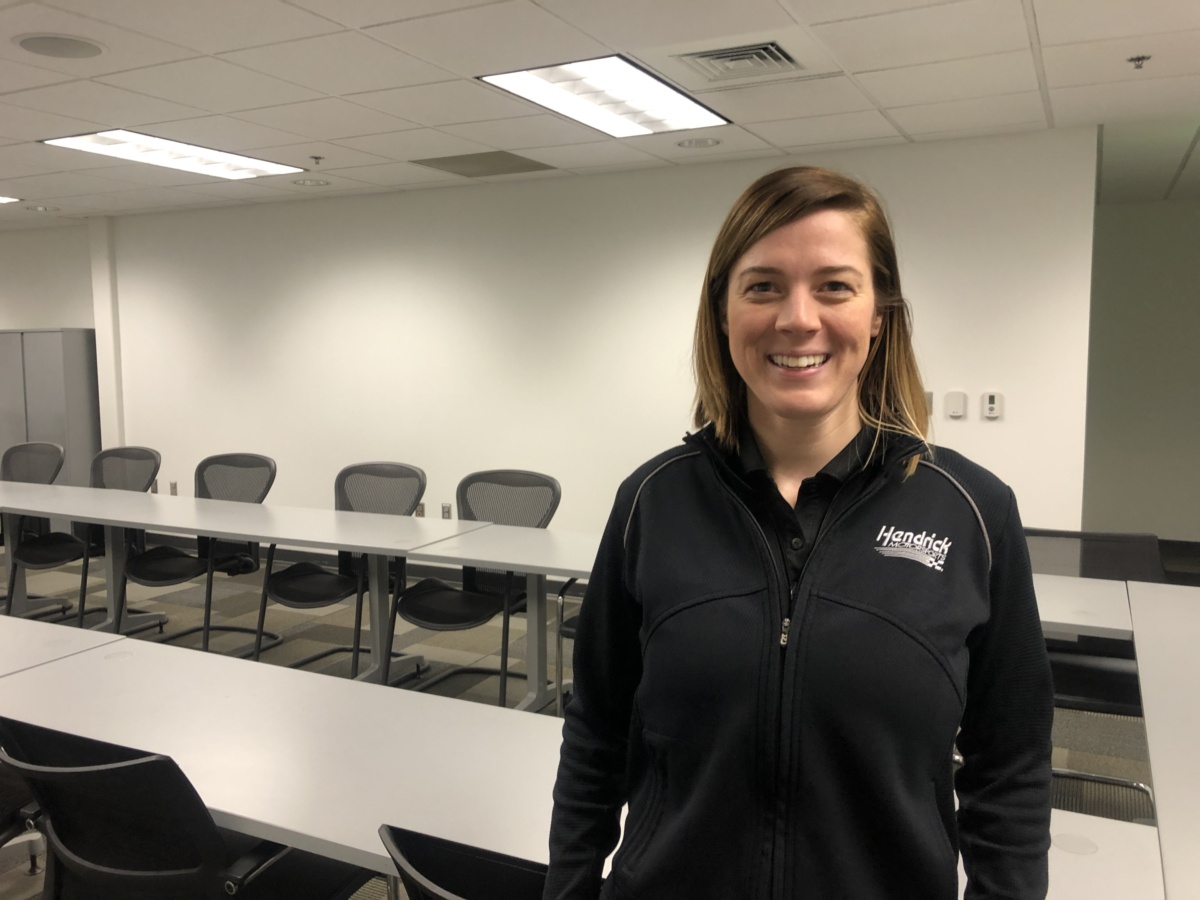 For Jessica Hook, her position as a design engineer is more sweeping. She works months in advance to make sure each car has the proper modifications it needs before it hits the track.

However, there are times where the pressure is on because a part is needed due to modifications within days, not months.

"As a design engineer, I think you kind of are looking at a lot of things at once," Hook said. "You’re taking information from everyone, whether that be the crew chiefs who want something, or something that was decided that they want to implement, or something that NASCAR wants you to implement, down to working with the mechanics to make sure whatever you design actually fits on the car.

"Or it can even be, as silly as this sounds, you’re working in CAD (computer-aided design) in this big open space where you can literally do anything you want, where when it’s on the car, yeah, it fits in CAD, but they can’t  get a wrench  to it, so they can’t even put it in. It’s this practical-theoretical kind of stuff you’re always battling and it’s a lot of going back and forth and making sure that the design is being utilized, but also the functionality."

Despite the high pressures that come with a short deadline, Hook said the most rewarding part of her job is simple, but extremely necessary.

"I think when something fits," Hook said. "When it fits and when every one of those people are happy – NASCAR, crew chiefs, mechanics – everyone’s happy with your part, that’s satisfying." 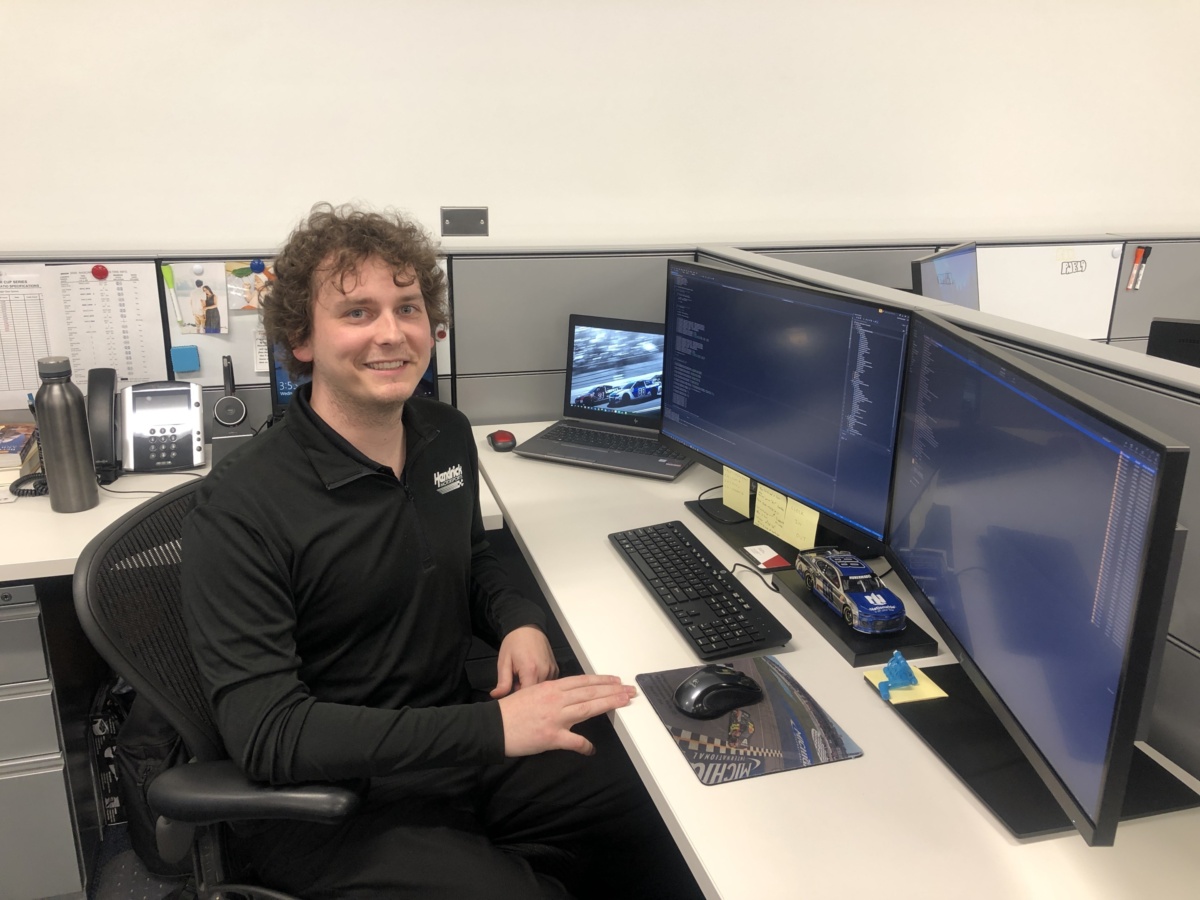 Scott Hunderwadel, one of the simulation engineers at Hendrick Motorsports, said his support is more behind the scenes than the other engineers, but at times that works to an advantage.

"For us, it really comes down to a subject called dynamics, which, of course, vehicle dynamics being the subset of (what) we really focus on versus other departments that (are) engineering-heavy … that focus on designing parts," Hunderwadel said. "We’re more interested in how is the car movement and how can we look at data and analyze that data and make better decisions about how we set the car up."

For Hunderwadel, he said every small step he takes toward making the cars go a tiny bit faster is what inches the Hendrick Motorsports teams closer to a Cup Series win - and a title.

"As we try to change our processes and we are always trying to get better because we think we’re collecting data better or we’re getting better data and we’re trying to be smart about how we use it," Hunderwadel said.

"Looking back and seeing how we do things now versus how we did them, you feel like you’ve actually made progress. It doesn’t always work out that way, but when it does, it’s really nice to look back and say, ‘Hey, we made a difference.’ We feel like what we’re doing in our particular department is helping the teams go out and make better decisions and, ultimately, we win races and championships."