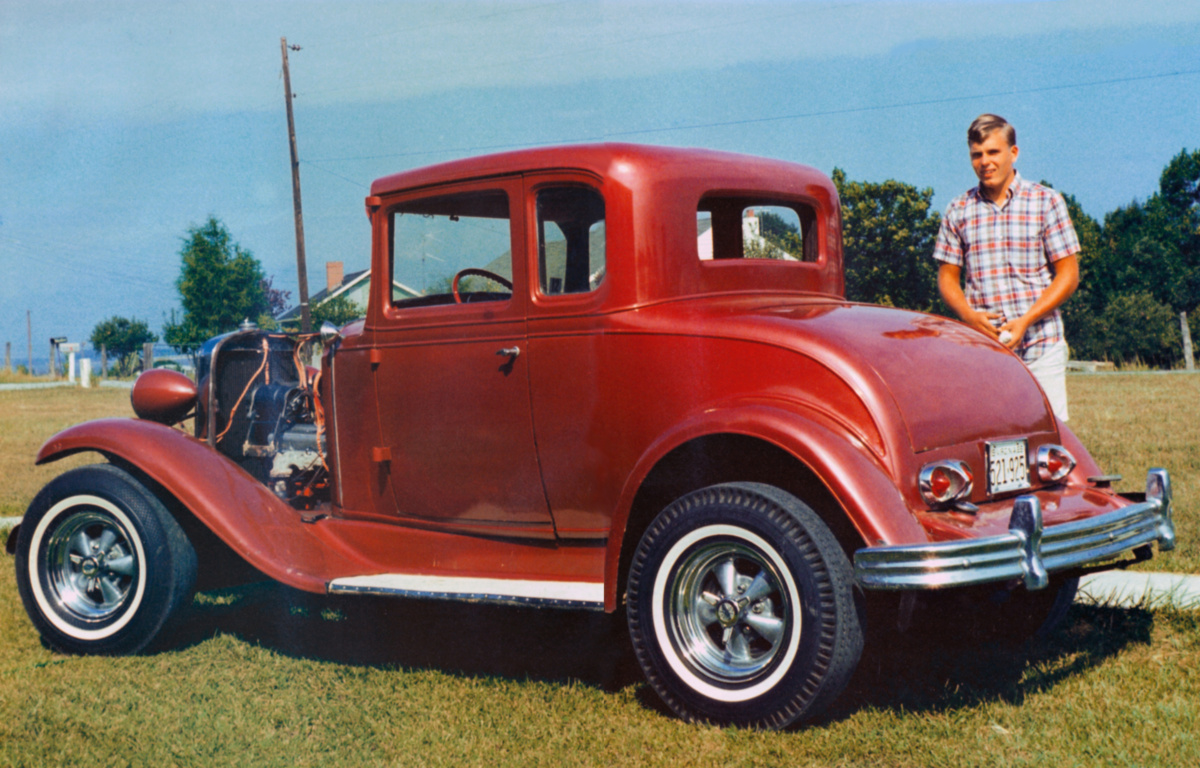 “My dad and I built a 1931 Chevrolet together when I was 14,” said Hendrick, who today is an avid car collector and preservationist. “He had a contagious passion for automobiles, and I have wonderful memories of working on cars with him and going to racetracks all over the country. Whether it’s through selling, racing or collecting, I’m fortunate to be around cars of all kinds and have relationships with so many enthusiasts and preservationists. I’m humbled to share this incredible honor with them.”

Hendrick’s love for automobiles stretches back more than five decades, when as a 14-year-old he drag raced that same ’31 Chevy and planted the seeds of a highly fruitful automotive racing career. After more than thirty years of fielding stock car teams, Hendrick leads all owners in modern-era NASCAR Cup victories.

In 1976, the 26-year-old Hendrick took a chance by selling off his assets to purchase a struggling franchise in Bennettsville, South Carolina, thus becoming the youngest Chevrolet dealer in the United States. Bennettsville’s success was a precursor to Hendrick Automotive Group, which today operates collision centers, accessories distributor installers and more than 130 retail franchises across 13 states.

Headquartered in Charlotte, North Carolina, and employing more than 10,000 people, the company now is the largest privately held dealership group in the United States.

“We only present the Nicola Bulgari Award to those at the pinnacle of the collector car culture,” said ACM President & CEO David Madeira. “Rick has taken a lifelong passion for cars and touched the lives of countless individuals through contributions to the NASCAR community, industry education programs and the collector car industry.”

Hendrick has made a significant impact on improving the lives of others through various charitable endeavors, including the Hendrick Marrow Program, a nonprofit group that works in partnership with the Be the Match Foundation, raising funds to support patients in need of life-saving transplants. He and his family also were instrumental in supporting the Joe Hendrick Center for Automotive Technology, a facility at Charlotte’s Central Piedmont Community College that provides training to prepare students for future careers in the automotive industry.

This year’s Wheels & Heels Annual Gala is themed “Kentucky Derby: A Celebration of Horsepower,” and will include live Bluegrass music, gourmet cuisine and fireworks.
Prev Article
NOTICE
We use cookies to enhance your site experience, analyze site traffic, and serve targeted advertisements. For more information, read our privacy policy.