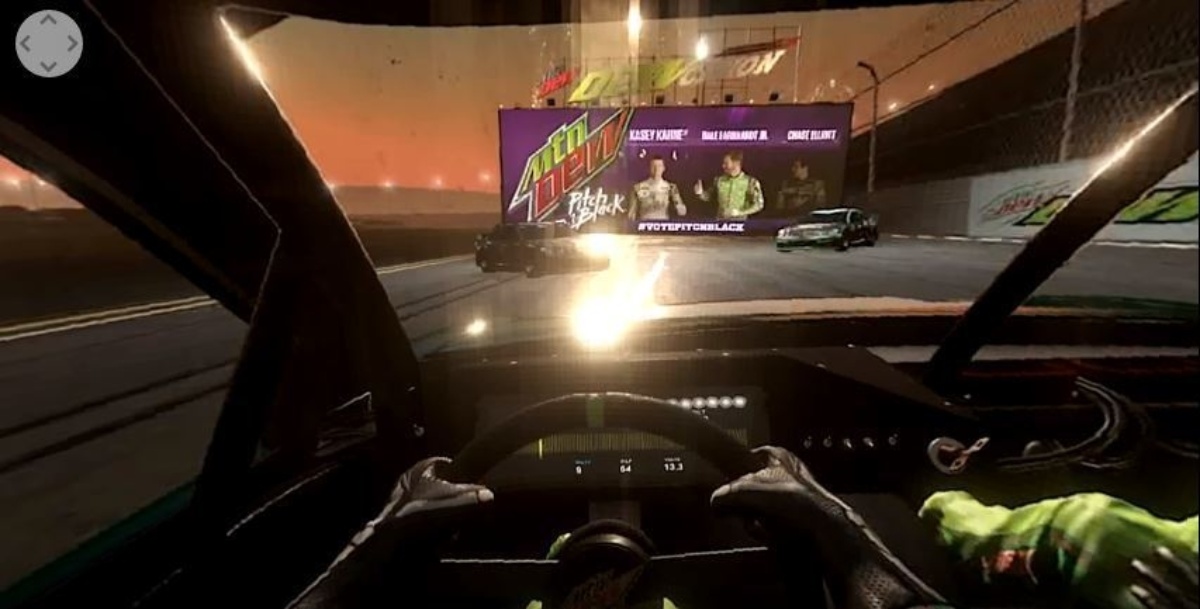 CONCORD, N.C. – It was a month ago when Kasey Kahne, Chase Elliott and Dale Earnhardt Jr. drove Mountain Dew DEWcision paint schemes at Richmond International Raceway, but DEWcision 2016 is still in full swing.

It gives fans the virtual opportunity to go behind the wheel with Kahne, Elliott and Earnhardt while helping determine which flavor remains on the shelves -- Pitch Black or Baja Blast.

When viewers put on the Oculus Rift Virtual Reality (VR) headset and use the VR steering wheel, they are transported to an interactive, choose-your-own adventure gamified VR racing experience powered by Baja Blast or Pitch Black and copiloted by one of the drivers of the DEW racing team. Depending on which path they choose, their vote will also be counted as part of the DEWcision campaign to help determine which flavor wins.

And thanks to YouTube 360, even fans without the VR equipment can get a taste of the cutting-edge technology.

Experience the Pitch Black path below:

The Baja Blast route can be explored below: