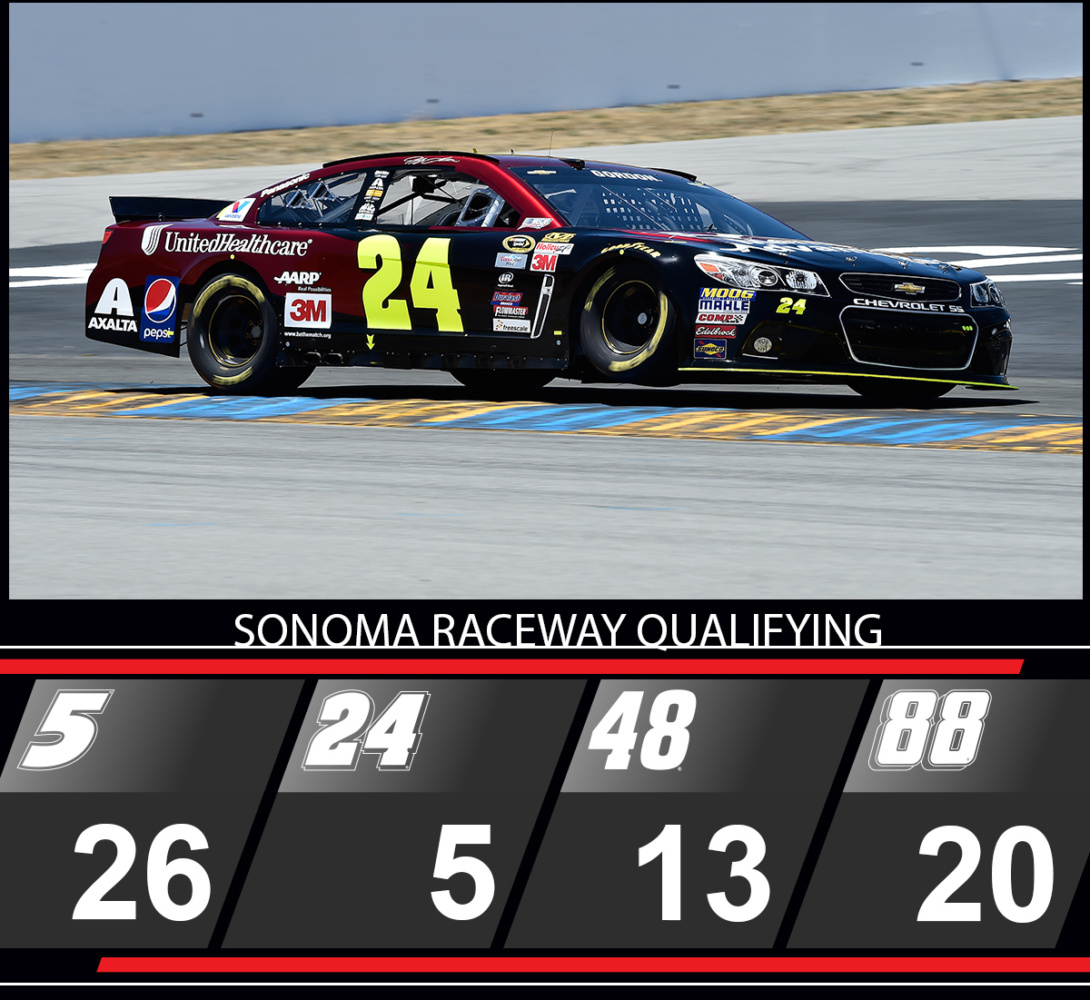 The driver of the No. 24 AARP Members Advantage Chevrolet SS secured a fifth-place starting position for Sunday’s race. The five-time Sonoma winner will lead his fellow teammates to the starting line at 3 p.m. ET for the 1.99-mile road-course race.

Jimmie Johnson, driver of the No. 48 Lowe’s ProServices Chevrolet SS, claimed 13th-fastest in the first round of the knockout qualifying session. The team narrowly missed the top 12 cut-off, leaving them to start from the 13th position.

Dale Earnhardt Jr., driver of the No. 88 Microsoft Chevrolet SS, will roll of the grid on Sunday in 20th.

“I’m really happy with the car,” Earnhardt said after his qualifying run. “It’s going to be a fun car tomorrow.”

Kasey Kahne, driver of the No. 5 Great Clips Chevrolet SS, will round out the Hendrick Motorsports drivers in 26th place.

AJ Allmendinger will lead the field to the green flag on Sunday for the first road-course race of the season.