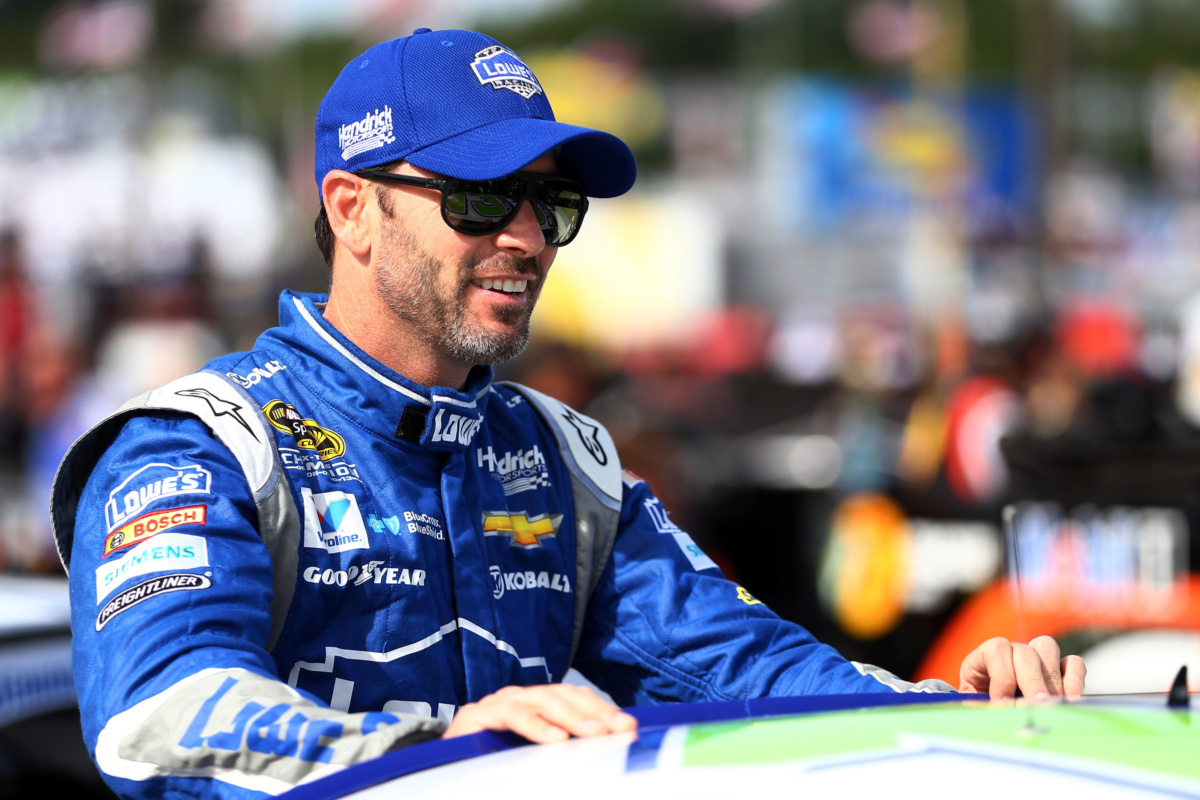 CONCORD, N.C. -- Jimmie Johnson is getting into the throwback spirit of this weekend's race at Darlington Raceway.

The No. 48 Lowe's Chevrolet SS will join others -- including three teammates -- in giving NASCAR fans a flashback to prior decades of racing at the track. During the throwback weekend, Johnson's Chevrolet will feature the 1940s and 1950s Lowe's Home Improvement logo that was prominently used beginning with the company’s founding in 1946 and through the same time period in which Darlington Raceway first opened in 1950.

But he'll leave the retro look to the car.

“I think it looks cool," he said. "I think it would’ve been fun to go back to like the Mike Skinner look and I could’ve grown a mustache or wore the glasses, but this is a really cool, unique look for the race car.”

Together, Johnson and Lowe's have collected three Darlington Raceway wins and 12 top-10 finishes in just 16 starts at the historic track. The No. 48 team’s most recent victory was in 2012 after rolling of the grid second -- a win that happened to be Hendrick Motorsports' 200th in the Cup series.

“I really like Darlington," he said. "One of my favorite memories was winning the 200th for Hendrick Motorsports there. Everyone came to Victory Lane and we did this huge group photo. It was a special night – we had been chasing that number for a while – and it was just a big celebration.”

The six-time NASCAR Sprint Cup Series champion will be looking for his fourth trip to Victory Lane at the South Carolina track Sunday night.