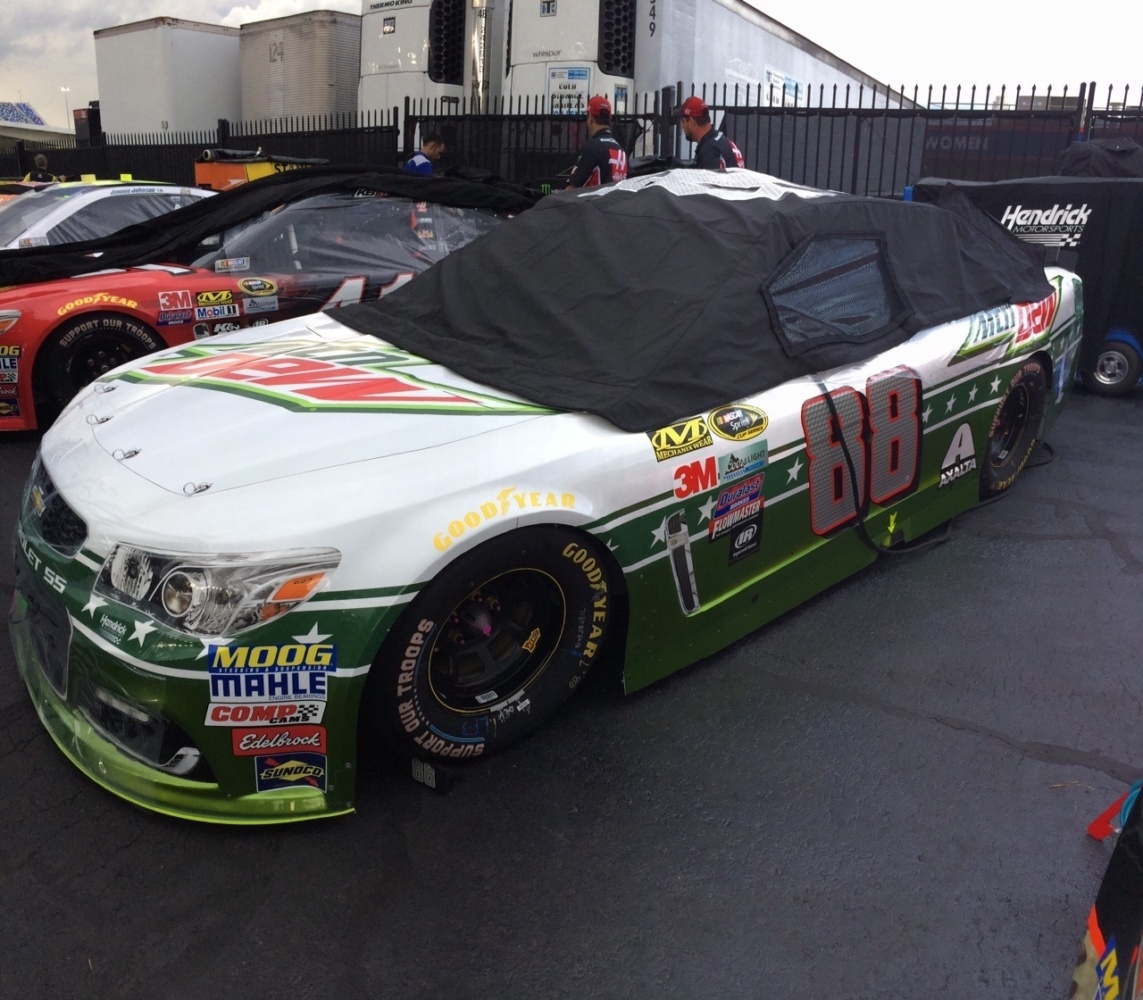 CONCORD, N.C. -- With on-track activity paused at Charlotte Motor Speedway due to a storm, drivers are in a holding pattern.

Some may wait in their haulers. Some retreat to their motorcoaches. As for Dale Earnhardt Jr., he knows exactly where to head in the event of inclement weather.

Unlike Friday when NASCAR Sprint All-Star Race practice and the Sprint Unlimited were postponed to the following day due to inclement weather, the rain is expected to clear up in order for the All-Star Race to get underway Saturday night.

Updates will be provided as they become available.

In the meantime, look back at today's earlier on-track activity when Chase Elliott earned the runner-up spot in a thrilling Sprint Unlimited before being announced as a participant in tonight's All-Star Race via fan vote.

"We'll try to take what we learned," Elliott said. "It's great to be in the race tonight. We're really appreciative of the fans and everybody taking their time to vote."