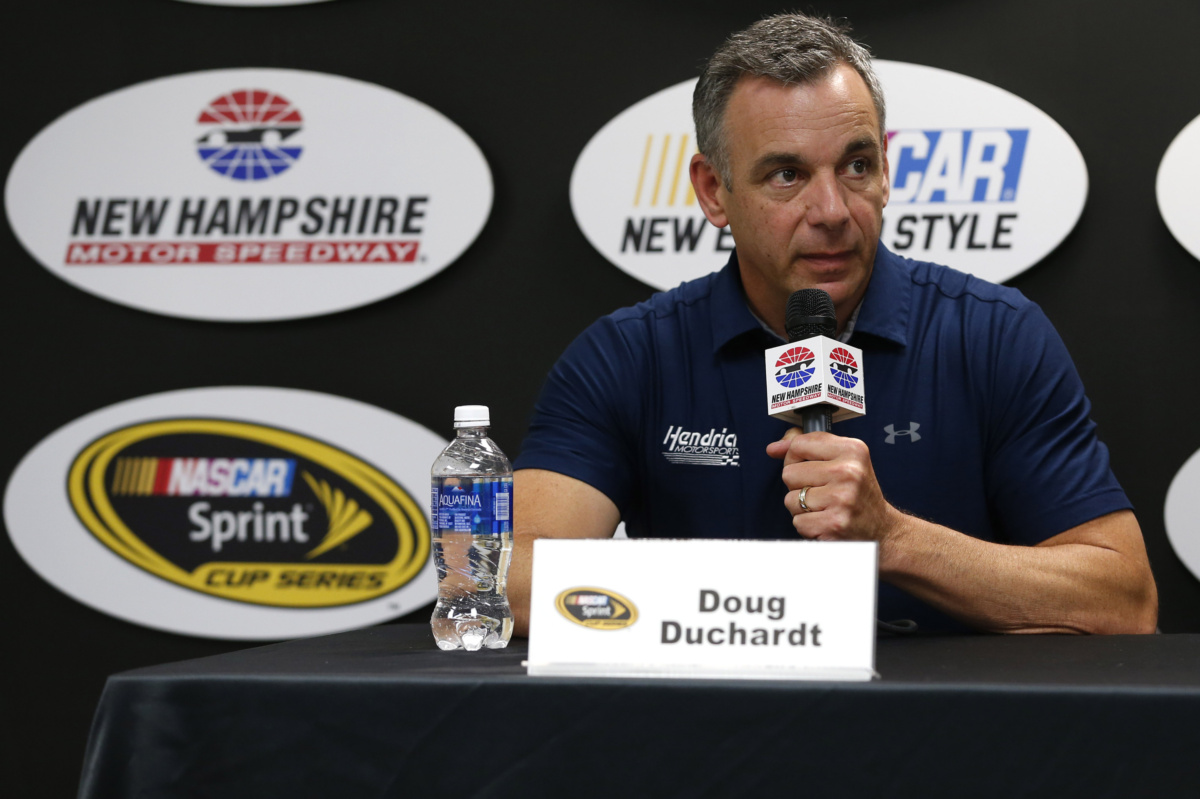 LOUDON, N.H. – It was announced Thursday that Dale Earnhardt Jr. will not be behind the wheel this weekend at New Hampshire due to concussion-like symptoms.

Friday at the speedway, Hendrick Motorsports General Manager Doug Duchardt laid out the timeline of the decision, as well as finding a fill-in driver for the No. 88 Nationwide Chevrolet SS.

“At Kentucky, Dale started talking to (No. 88 team crew chief) Greg (Ives) that he wasn’t really feeling right,” Duchardt said. “I think as Dale pointed out in the statement, he felt like he had a cold or the flu or some sinus infection that was causing him to not feel well.”

Following Kentucky, where he led his teammates to the checkered with a 13th-place finish, Earnhardt went to his family doctor in an effort to understand what he was feeling.

“He notified Greg and I Tuesday morning before our competition meeting that he still wasn’t feeling real well,” Duchardt recalled. “At that point he told Greg and I to be thinking about potential backup plans if we had to put someone in the car to backfill for him, so he would start the car and we would have a replacement driver after he started the car, to have a contingency plan for that.”

Together, Duchardt, Earnhardt and Ives determined that Alex Bowman would be the best fit for the No. 88 team this weekend at New Hampshire Motor Speedway.

Ives reached out to Bowman, who then came to the shop Tuesday evening to be fitted for the car.

Earnhardt then saw a team of neurologists, underwent tests and was ultimately not cleared to race this weekend.

“I think as he gained more knowledge and found out that to get healed, he needed to be out of the car,” the general manager said. “Of course, as (Hendrick Motorsports owner) Rick (Hendrick) said, we 100 percent support that and we’re proud of him making that decision.”

“The most important thing in this whole process is for Dale to get better and feel better, and we’re going to let that happen on the timeline that it’s going to happen on,” Duchardt said.

“The whole time it’s not about, ‘Who are we going to get to backfill? What we are going to do when he does come back?’” the crew chief said. “It’s all about him getting better on a timeline that is satisfying to him. Not anything to do with the Chase, not anything to do with points or anything like that. Our team supports him 100 percent. We have a relationship that goes beyond driver. That is something that is more important than anything.”