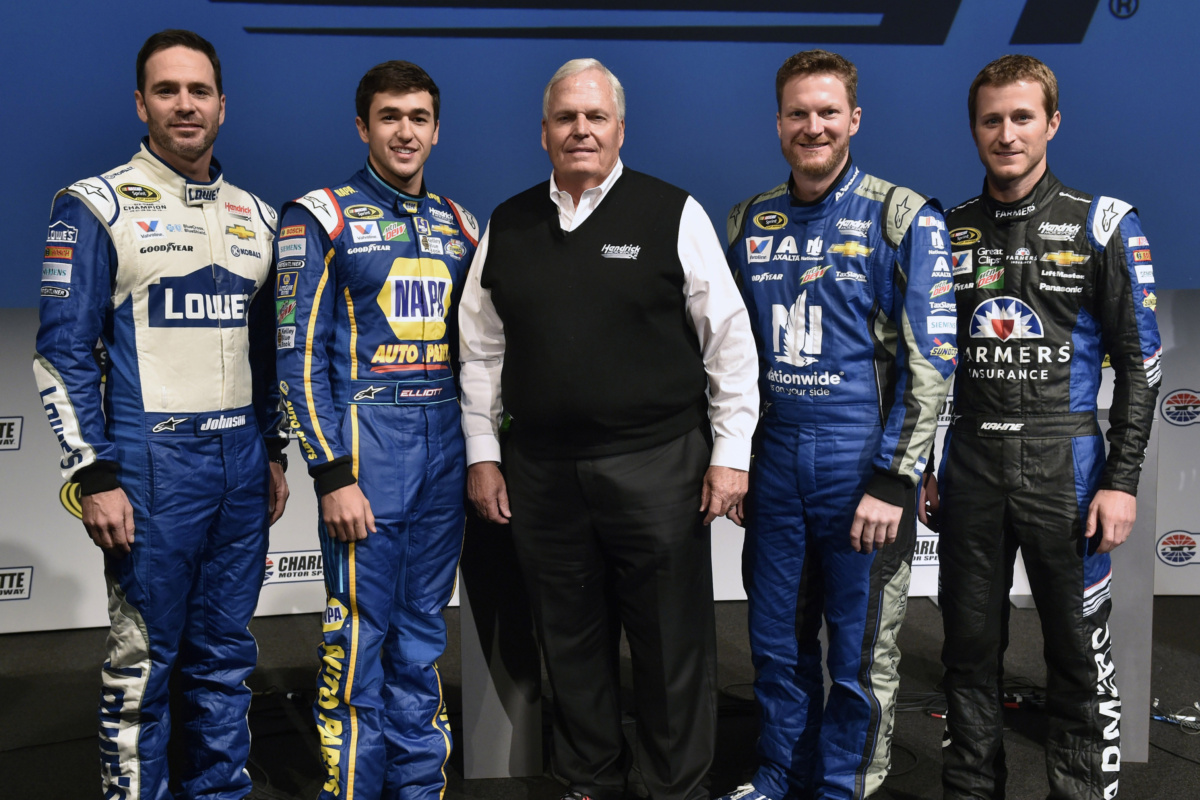 Voting for the NMPA Sprint Most Popular Driver Award is now open and will continue until 11:59 p.m. ET Nov. 20.

All four Hendrick Motorsports drivers are eligible and fans may vote once daily for their favorite driver.

Earnhardt holds the current record for the most consecutive wins, while the most all-time wins are held by rookie Chase Elliott's father, Bill Elliott.

This year's winner will be announced during the Sprint Cup Series awards banquet in Las Vegas on Dec. 2, with a $10,000 donation being made to the winning driver's charity of choice.

Votes may be cast here or on the NASCAR mobile app.