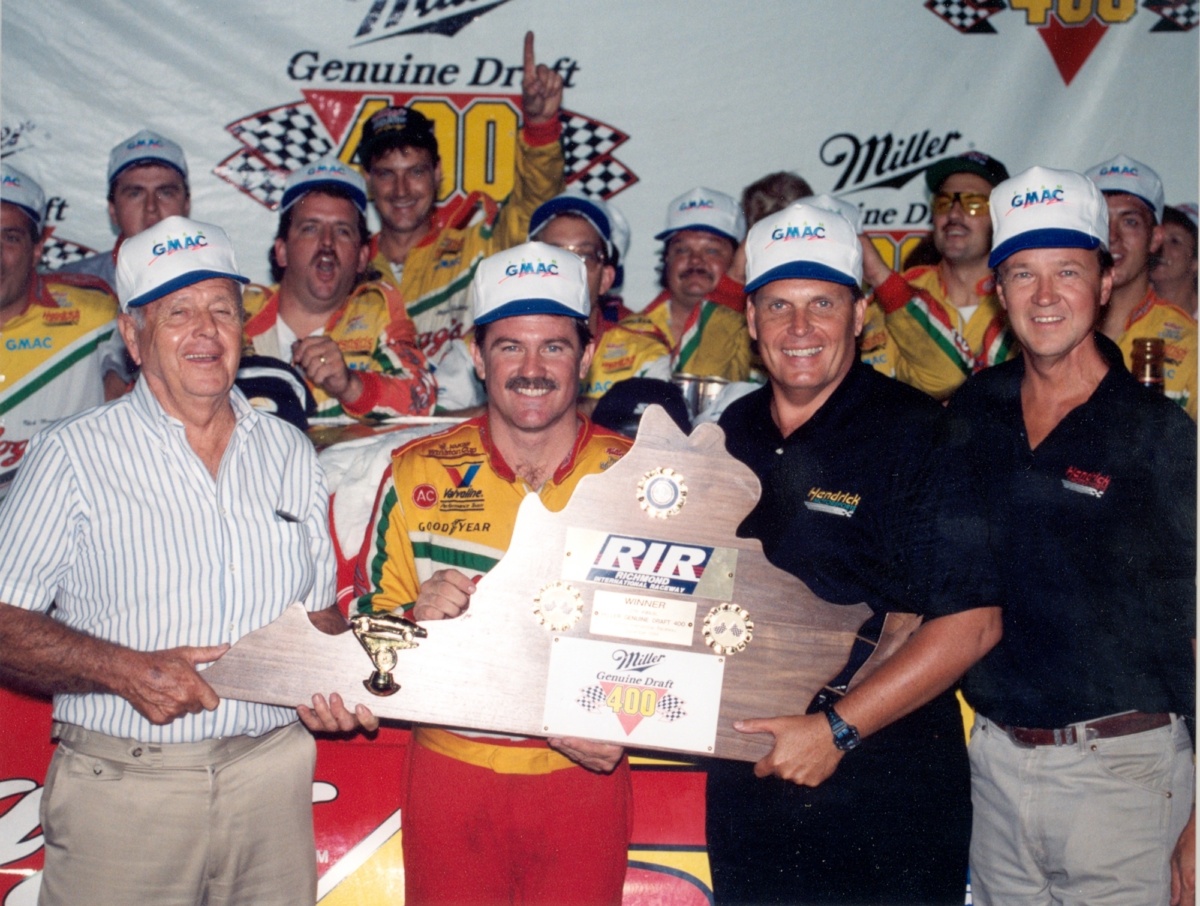 Three of those trips to Victory Lane came courtesy of Terry Labonte, who earned Hendrick Motorsports its first set of back-to-back victories at the short track in 1994 and 1995.

Six months later, the driver continued his success at the Virginia track, but capturing a second consecutive victory did not come easy.

Starting the race in 24th, Labonte charged his way through the field to take the lead for the first time on Lap 221.

From that point, Labonte paced the field for the majority of the rest of the race, leading 131 total laps, including the final 88 circuits to win his second straight race at Richmond.

Hendrick Motorsports continued to find success at the track throughout the rest of the 1990s, with Jeff Gordon winning at Richmond in 1996 and Labonte capturing his third and final win at the short track in 1998.

With a sweep at the Virginia track in 2007, Jimmie Johnson joined Labonte as the second Hendrick Motorsports driver to win back-to-back races at Richmond Raceway.