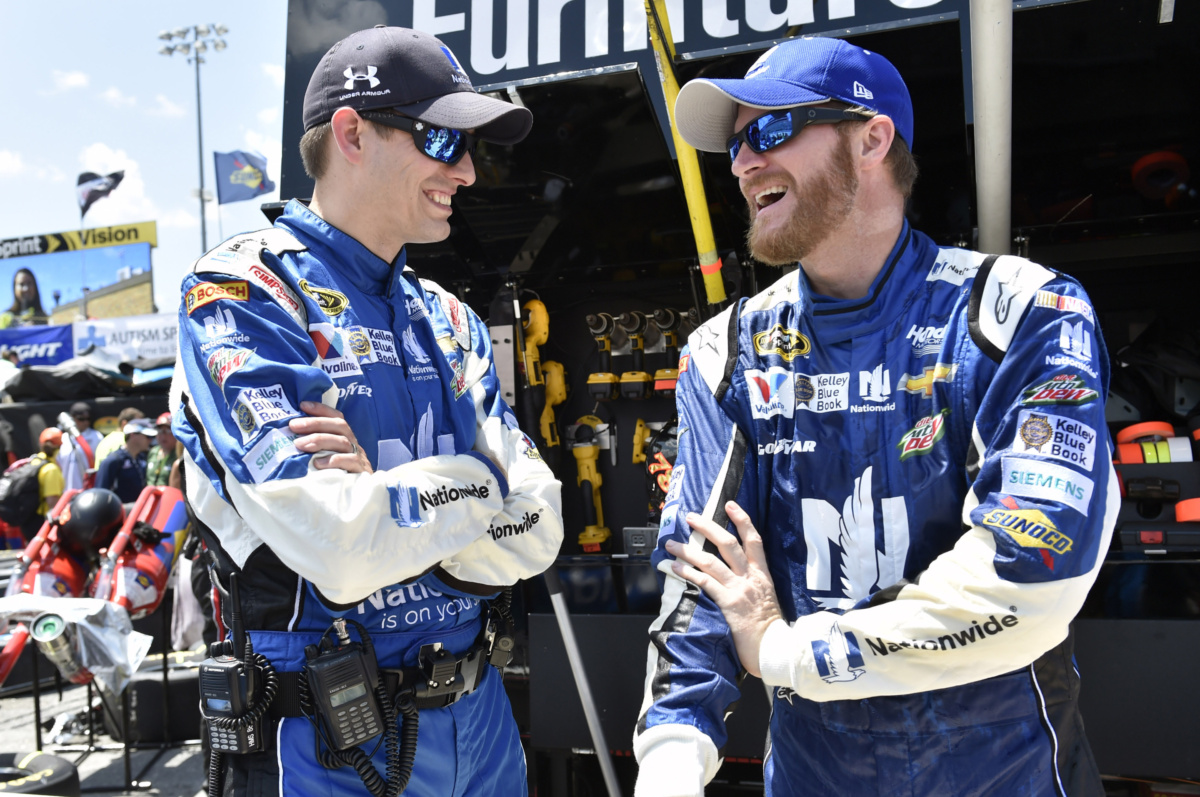 LAS VEGAS – Greg Ives’ first season atop the pit box as the crew chief for Dale Earnhardt Jr. was highlighted by plenty of success.

And now, Ives has an award to add to his credentials.

Thursday at the NASCAR NMPA Myers Brothers 2015 Awards Luncheon, the crew chief was presented with the MOOG Steering and Suspension Problem Solver of the Year award.

"I'd like to thank everybody at Hendrick Motorsports, Dale and definitely my guys on the Nationwide 88 team," Ives said. "Without their commitment to excellence and innovation, I couldn’t stand here today."

The honor goes to the crew chief who posts the best overall performance throughout the year in the NASCAR Sprint Cup Series, most consistently demonstrating problem-solving excellence and winning the most MOOG Problem Solver of the Race awards.

The race awards are presented each week throughout the season to the crew chief whose car posts the largest increase in average lap speed from the first half to the second half of the race while finishing on the lead lap.

Ives and the No. 88 team earned that distinction at Charlotte, Texas, Bristol, Richmond and Dover.

For the season, Earnhardt ranked 10th in fastest drivers early in a run and eighth in drivers late in a run. In total, the driver totaled 303 fastest laps run.

As he took the stage, Ives joked that he was searching for his headset and radio in order to get into his "comfort zone" before making his speech.

"Just like everybody in this room, we are very blessed to be a part of a great sport, and that’s NASCAR," Ives said. "I appreciate that."