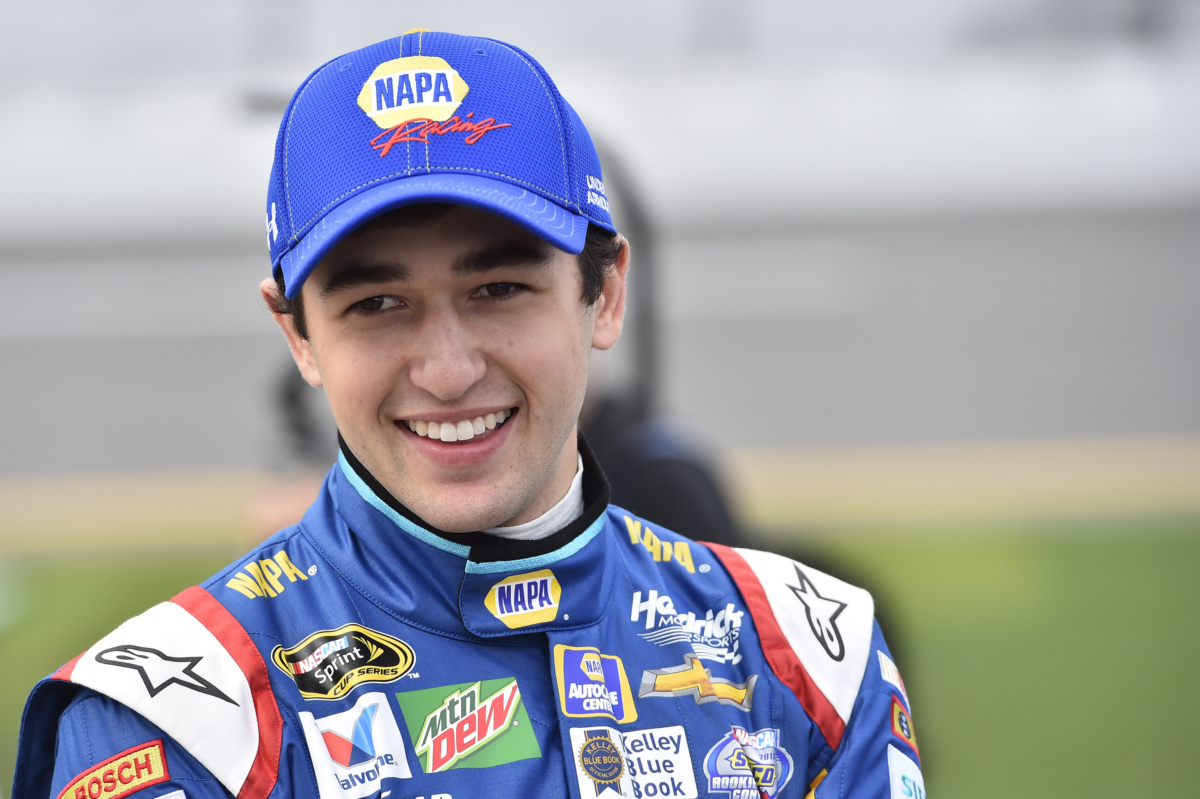 CONCORD, N.C. – Chase Elliott likes to think of himself as a pretty simple guy.

And he likes to keep things as uncomplicated as possible, especially when it comes to his NASCAR Cup Series career.

The 21-year-old driver is now preparing for his sophomore season behind the wheel of the No. 24 Chevrolet SS for Hendrick Motorsports.

However, Elliott isn’t looking at it as graduating from the freshman class to the sophomore class; he’s keeping it simple.

“You hope you can continue forward and not look at it as Year Two or look at it from that perspective,” the driver said. “You have to go about it as a new season. You have to see the challenges as they come.”

Elliott’s debut season in the Cup Series was certainly a successful one, landing two poles, 10 top-five finishes, 17 top-10s and leading 358 laps. He also won the 2016 Rookie of the Year honors.

And he did it all with No. 24 team crew chief Alan Gustafson atop the NAPA AUTO PARTS pit box.

“One thing I’m excited about, which I haven’t had in the last few years, is having the same crew chief two years in a row,” Elliott explained. “I haven’t had that. I really enjoyed working with Alan (Gustafson) last year. I think he’s one of the best. He does a great job and is underrated in what he does and how hard he works in trying to make a race team go.”

According to Elliott, they’re not too complicated.

“For us it’s about starting another year, improving in areas that we wanted to get better in and also improving some of the areas we succeeded in and try to keep it as simple as that.”