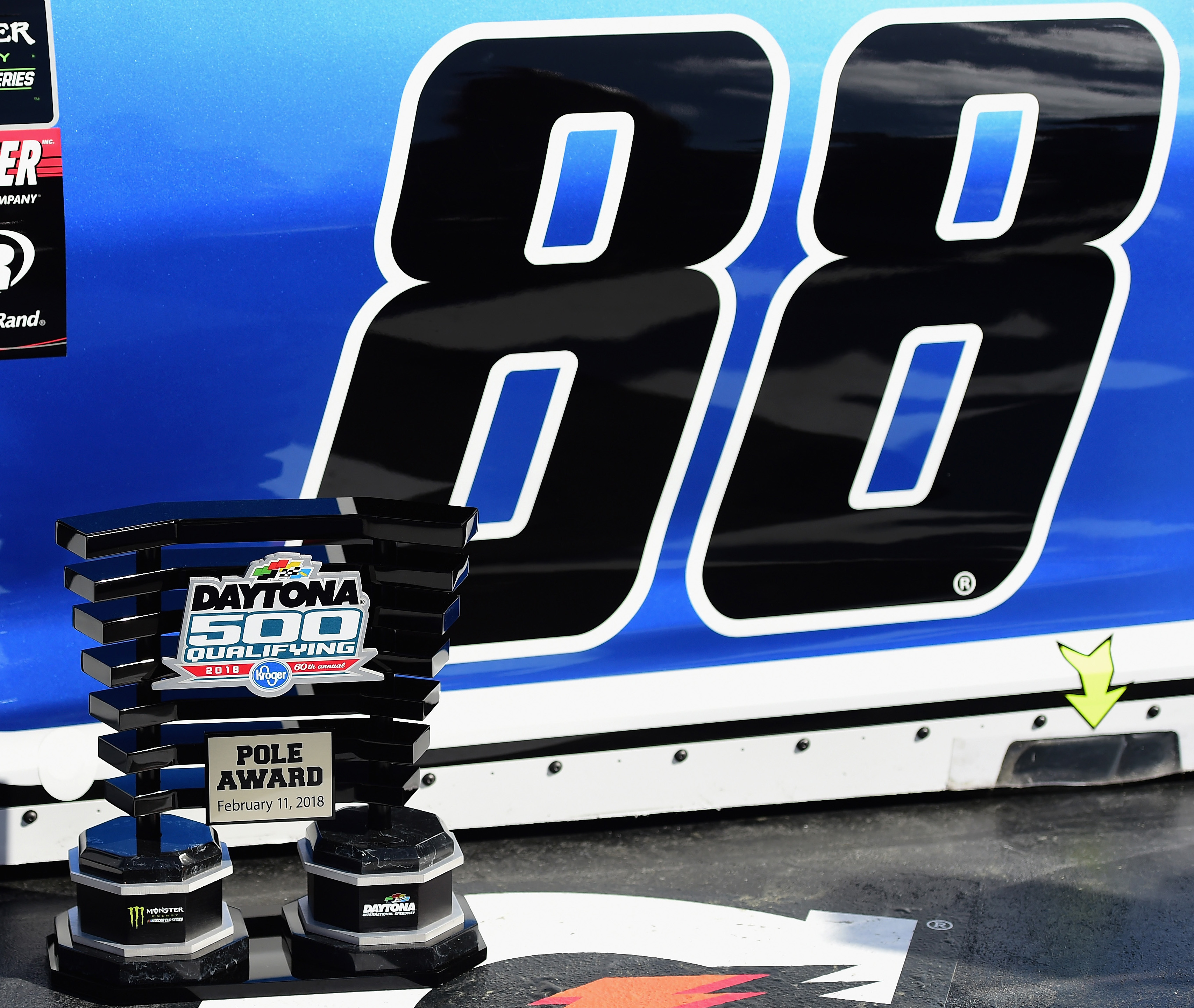 The driver of the No. 88 Nationwide Chevrolet Camaro ZL1 captured the organization’s seventh pole in the past 11 Daytona 500s – and fourth in a row. It marked Hendrick Motorsports’ 12th pole position in “The Great American Race.”

“You know, when I started racing and we came to Daytona, it was always try to go for the pole,” Hendrick Motorsports owner Rick Hendrick said. “We've had 12 out of the 60 poles here – 20 percent – so, it's amazing.”

Bowman was quick to deflect credit for the pole to the rest of the No. 88 team and everyone back on Hendrick Motorsports’ Concord, North Carolina, campus that put in months of hard work to make sure it would be a successful start to the season.

“I'm just lucky enough to be able to hold the steering wheel in one of Mr. H's race cars,” Bowman smiled. “Very thankful for that opportunity. The car has been fast since we unloaded, got a good launch off pit road, hit my shifts right, and everything was good.”

While Bowman captured the pole, his Hendrick Motorsports teammate Jimmie Johnson held the top spot for much of the final round of qualifying before being bumped to third place, narrowly missing a front-row start.

“Just missed it by a hair, but very proud of our effort and happy that a Chevy Camaro ZL1 got the pole,” Johnson said.

All four Hendrick Motorsports drivers advanced to the final round of Sunday’s qualifying session, with William Byron qualifying fifth and Chase Elliott rounding out the top 10 in 10th.

It was the combined effort of the organization that truly impressed No. 88 team crew chief Greg Ives.

“You know, to get on the front row is a statement in itself, but how these guys worked hard and got all four cars in the second round in the top 10, that's a statement to everybody at Hendrick Motorsports,” Ives said. “We have a lot of things going and put a lot of hard work into this. I'm pretty stoked.”

The crew chief said he “wasn’t surprised at all” with the success based on the effort he saw all offseason long on the Hendrick Motorsports campus.

And Hendrick has liked what he’s seen from his four-car stable on the verge of a new season.

“To come down here, it's a statement by the whole organization to run four cars and get them that close,” Hendrick said. “To see them all run well has been a good start.”