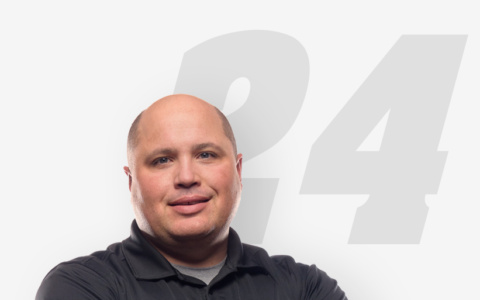 Adding to his already impressive résumé, crew chief Ryan “Rudy” Fugle will climb atop the pit box for his second NASCAR Cup Series season leading driver William Byron and the iconic No. 24 Hendrick Motorsports team. Entering his second year with the 14-time Cup Series championship organization, Fugle has his goals set to build off his successful rookie campaign and make a run for the championship in 2022.

Growing up in Livonia, New York, Fugle’s passion for auto racing was evident from an early age. In addition to working at his family’s salvage yard, he cut his teeth in the dirt racing world competing in a 600cc micro sprint and working on a friend’s dirt modified at the local track level. After his high school graduation, Fugle attended Rochester Institute of Technology before following his dream of working in NASCAR by moving to North Carolina to continue his education. Upon graduating from UNC Charlotte with a degree in mechanical engineering, he took his first job in the sport at Robert Yates Racing, where he started as an engineering intern and shock specialist. After two years, Fugle transitioned to Germain Racing as an engineer before being promoted to a NASCAR Xfinity Series crew chief in 2009 for driver Michael Annett.

After his time at Germain, Fugle made the move to Kyle Busch Motorsports (KBM) in 2013, taking over crew chief duties for the team’s multi-driver all-star entry in the NASCAR Camping World Truck Series. In his first season, he captured six wins before securing his first series owner championship for KBM. After that initial season, Fugle took home both the driver and owner championship in 2015 with rookie Erik Jones and later doubled up again with Christopher Bell in 2017. He went on to capture his fifth owner championship for KBM in the 2019 season when he once again called the shots for the organization’s all-star entry.

In 2016, Fugle was paired with Byron during his Truck Series rookie campaign. The duo had a record-breaking season, notching seven victories, leading 727 of 3,439 laps completed (21%), and three pole positions before Byron wrapped up rookie of the year honors and secured the owner championship after narrowly missing the driver title due to an engine failure.

In eight seasons, Fugle amassed 28 total wins with KBM, tying him for second all-time for wins by a crew chief at the truck level. He accumulated 24 pole positions, 78 top-five finishes and 119 top-10s across his 168 races on top of the pit box for the organization. In those races, Fugle worked with 15 different drivers and visited victory lane with six of them – the third-most by a crew chief in the truck series. Of those six drivers, Byron’s seven wins is the second-most Fugle scored with one driver, behind only his 10 with Kyle Busch.

In October 2020, it was announced that Fugle would join Hendrick Motorsports at the conclusion of the season to reunite with Byron as the new crew chief of the storied No. 24 team after seven-time champion crew chief Chad Knaus was promoted to a leadership role with the organization.

Taking on a major learning curve, Fugle wasted no time immersing himself in the Cup Series and at Hendrick Motorsports. Starting off the season with a trip to victory lane in just his third race with the No. 24 team, Fugle and Byron went on a run of 11 consecutive top-10 finishes, cementing themselves firmly in the playoffs. Despite some misfortune early in the playoffs, the Fugle-led team regained their consistency before finishing the 2021 season 10th in points with two pole awards, one win, 12 top-five finishes, and 20 top-10s.

Fugle resides in Salisbury, North Carolina, with wife Carie, sons Reed and Blake, and daughters Avery and Ellie. Away from the racetrack, he enjoys attending his children’s sporting events and school functions, and spending time outdoors with his family. His hobbies include hiking and gardening.