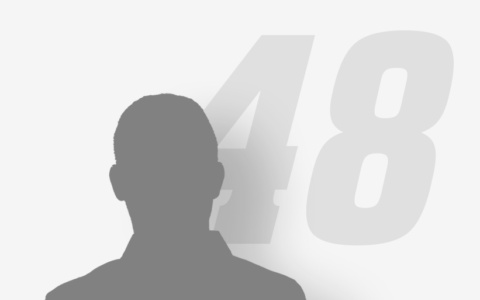 Blake Harris climbs atop the No. 48 Ally Racing pit box for the 2023 NASCAR Cup Series season for his first year with driver Alex Bowman and the 14-time Cup Series championship-winning Hendrick Motorsports organization. The 36-year-old crew chief was announced as the newest crew chief for the Rick Hendrick-owned team in October 2022 during his first season as the shot caller for the No. 34 team at Front Row Motorsports. In that season, Harris led No. 34 driver Michael McDowell to a career-high in top-10 finishes.

A native of Maypearl, Texas, Harris started his racing career behind the wheel of a dirt go-kart at 11 years old. Moving into stock cars at just 14 years old, Harris rebuilt his first car several times over before making his dirt stock car debut at 15 years old. At the end of his dirt stock car season, Harris moved into asphalt trucks in a touring series in his home state. Harris spent two seasons in the touring series before moving to North Carolina to pursue a career in NASCAR. At just 18 years old, he joined Evernham Motorsports (later Richard Petty Motorsports) in 2006, working in both the engine and chassis departments.

In 2010, Harris moved to Colorado to join Furniture Row Racing where he became the car chief for Kurt Busch in his 2013 season. That year, Harris and the team tallied 11 top-five results, 16 top-10s, a pole position and the organization’s first spot in the playoffs. Harris also was the car chief for Martin Truex Jr. from 2014 to 2018 where the team garnered 17 wins, 56 top-five finishes, 91 top-10s, 12 pole positions and three Championship 4 appearances. He was an integral part of Furniture Row’s 2017 championship season when the No. 78 team won eight races and led 2,253 laps.

In 2019, Harris followed Truex back to North Carolina to Joe Gibbs Racing where he served as the car chief for the No. 19 team. Over the next three seasons, he was a part of 12 wins and two Championship 4 appearances. Ahead of the 2022 season, he accepted the crew chief role at Front Row Motorsports. In his only season as a crew chief, Harris led McDowell to a season with two top-five results, 12 top-10s and an average finish position of 16.7 – all bests for the 15-year Cup Series veteran.

Harris currently resides in Denver, North Carolina, with his wife Kaitlyn and his two children, Kadence and Dawson. When Harris is not at the racetrack, he enjoys spending time with his family, going to his mountain cabin, hiking, and working on his shock company.