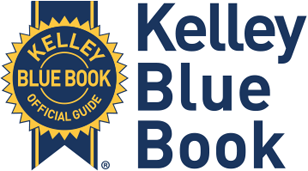 INDIANAPOLIS – Chase Elliott led the way for Hendrick Motorsports at the road course at Indianapolis Motor Speedway on Sunday.

Coming to a restart with three laps to go in the scheduled 82-lap distance, Elliott lined up on the front row for the restart. However, contact after the restart off of turn one spun Elliott around and also saw teammate William Byron get caught up in it. Both drivers had enjoyed top-five runs to that point.

Elliott would go on to finish 16th in the race – ending his consecutive top-two finishes run at five races. Damage from the incident would end Byron’s day with a 31st-place finish.

RELATED: Byron gets thrill of a lifetime from Andretti

Alex Bowman’s day ended early after he was collected in a late-race incident involving Kevin Harvick. The driver of the No. 48 would finish 32nd. Kyle Larson was involved in two incidents on the day with the second one ending his day. He would finish the race - which was on his 30th birthday - in 35th.

Tyler Reddick got the win and he is the sixth driver with multiple wins this season.

Elliott extended his points lead to 125 markers over Ryan Blaney with four races left in the regular season.

The next race for the Cup Series will be on Sunday, Aug. 7, at Michigan International Speedway. The start time for that event will be 3 p.m. ET on USA Network, MRN Radio and SiriusXM NASCAR Radio (Channel 90).

Where he finished: 16th

Stage one: Elliott took the green flag from the eighth spot in the lineup and maintained a spot in the top 10 over the bulk of the run. While others pitted with two to go, Elliott stayed out to collect valuable stage points. The four-time winner in 2022 would finish fifth for six stage points despite going around in turn one with two laps to go in the stage.

Stage two: During the stage break, Elliott came down pit road for four tires and fuel. The No. 9 team checked over the car to see if there was any damage from his spin but was told that the underwing was fine. The Dawsonville, Georgia, native restarted 27th on lap 20. To avoid a turned around Kevin Harvick, Elliott veered off course and into the grass off of turn two. On lap 25, he reentered the top 20 and four laps later, he was in the top 15. Two laps later, Elliott was back in the top 10. Just like in stage one, the regular season points leader would stay out to collect more stage points. He would finish the stage in fourth, earning seven additional stage points.

Final stage: Under the stage break, Elliott came down pit road for four tires and fuel. The team had debated whether or not to pit during the caution and crew chief Alan Gustafson acknowledged that he was late on making the call. He would restart 26th on lap 40. Two laps into the run, Elliott was back in the top 20. By lap 44, he was back in the top 15. On lap 48, with others pitting as part of their strategy, Elliott was back inside the top 10. With different strategies playing out, the 26-year-old was up to third and then when Ryan Blaney pitted, he moved to second. On lap 54, Elliott pitted for four tires and fuel. At lap 58, he was back in the top 10. On the next lap, Elliott put down his fastest lap of the day. Under caution on lap 63, the driver of the No. 9 would stay out and restart in the outside lane in sixth on lap 65. The road-course ace powered on the outside to fourth place around teammate William Byron and Christopher Bell. He would next pass AJ Allmendinger for third with 17 to go. With 12 laps to go, Elliott was chasing down Blaney (who was on much older tires) for second. The No. 9 made the pass for second with nine laps to go. A caution with six laps to go gave Elliott a shot on the front row of a late restart with leader Tyler Reddick. Staying out, the 2020 champion would line up next to Reddick on the outside on lap 80. Contact from behind sent Elliott around and dropped him from second to 25th. Prior to the overtime finish, he would pit for four tires and fuel. The team was hit with a commitment line violation and Elliott would have to come back down pit road before restarting 25th on lap 85. Elliott had to go into the grass to avoid a bottle up off of turn one on the restart and he would finish 16th.

Where he finished: 31st

Stage one: Byron took the grid from the 23rd spot and navigated his way around a few early spins from his fellow competitors to get into the top 20 on lap two. On lap 10, the two-time winner in 2022 continued his march up the field and was up to 12th. While others pitted with two to go, Byron stayed out to jump into the top five and to collect valuable stage points. He would finish the stage in third place, earning eight stage points.

Stage two: Under the stage break, crew chief Rudy Fugle elected to have the No. 24 stay out and Byron would restart on the front row in second on lap 20. He was one of four drivers to stay out under the yellow. The Charlotte, North Carolina, native would run second behind Ryan Blaney at the outset of the stage as the team looked to make it a two-stop race. On lap 30, Byron would pit for the first time for four tires and fuel. He would finish the stage in 13th.

Final stage: Byron would stay out under yellow to restart ninth on lap 40. He would work his way around teammates Erik Jones and Ty Dillon to get to seventh on lap 42. The 24-year-old would get by Denny Hamlin, Chase Briscoe and Bubba Wallace – Byron had fresher tires than all of them -- to get up to fourth. On lap 51, Byron pitted from fourth with leaders Tyler Reddick and Christopher Bell for four tires, fuel and an air pressure adjustment. He would rejoin the race in 15th, just behind Reddick and Bell. On lap 56, Byron would reenter the top 10. Four laps later, the fifth-year Cup Series driver was in fifth and running down Blaney for fourth. Staying out after the third caution of the race, Byron would restart in the outside lane in fourth on lap 65. After being passed by his teammate Chase Elliott and falling to fifth, Byron set his sights on chasing down AJ Allmendinger for fourth. When the fourth caution came out with six laps to go, Byron was scored in fifth. Fugle would keep Byron out to restart fifth on lap 80. Byron went three-wide and couldn’t avoid a spinning Elliott off of turn one. He would drop from fifth to 28th. Byron would pit to fix the late damage as the driver thought he had a broken toe link. Ultimately, the damage would prove to be too much for him to continue.

Where he finished: 32nd

Stage one: Bowman lined up for the race from the 28th spot on the grid. The 29-year-old worked his way into the top 20 by lap seven. On lap 13, crew chief Greg Ives called Bowman down to pit road for service as the No. 48 team looked to flip the track position in stage two. The driver of the No. 48 would finish the stage in 27th.

Stage two: Bowman stayed out in between stages to restart 14th on lap 20. In turn one on the restart, the left-front tire on the No. 48 Ally Racing Chevrolet was cut in the midst of four-wide action and Bowman had to pit for new tires. Despite the unscheduled pit stop, the Tucson, Arizona, native was able to stay on the lead lap. He finished stage two in 29th.

Final stage: Ives called Bowman to pit road during the stage break for tires, fuel and adjustments. He would restart 29th on lap 40 and five laps later, he would be up to 23rd. On lap 49, the winner of the spring race at Las Vegas Motor Speedway would be inside the top 20. With different pit strategies playing out under green, Bowman jumped up into the top 15 on lap 50. He was running ninth on lap 52. The seven-time winner in the Cup Series continued to stay out as the run went on, getting to third on lap 56 and advancing to second on lap 58. Ives had Bowman come to pit road on lap 59 for four tires and fuel and the No. 48 crew ripped off their best stop of the day. Staying out under the third caution of the race, the driver of the No. 48 Ally Racing Chevrolet restarted 14th on lap 65. Just after the restart, Bowman got together with Kevin Harvick and made contact, resulting in repairs needed on the No. 48. He returned to the race, four laps down. Bowman would head to the garage just about a lap later and finish 32nd.

Where he finished: 35th

Stage one: Larson started the race from the 22nd position. The driver of the No. 5 HendrickCars.com Chevrolet dodged a few spins from competitors in the opening laps to move into the top 20. On lap nine, he moved into the top 15 with a pass on AJ Allmendinger. While others pitted with two to go, Larson stayed out to jump into the top 10 and collect valuable stage points. The birthday boy finished stage one in seventh and collected four stage points.

Stage two: During the stage break, crew chief Cliff Daniels called Larson to pit road for service. The 2021 champion reported that he “struggled with grip.” Larson restarted in 29th on lap 20. On lap 22, Larson was back in the top 20. On lap 24, the Elk Grove, California, native radioed that he had a right front flat after contact with Aric Almirola and he came down pit road to change tires. The No. 5 team had an extended stop to work extra on the right front and returned to the track, three laps down. Larson finished the stage in 35th.

Final stage: Daniels had Larson pit under the stage break as the team continued to work on the right front of the car. He would restart in 35th, while still being three laps down. After a spin on lap 46, Larson would pit for four tires and fuel. On lap 62, Larson got together with Ty Dillon after the No. 5 couldn’t slow down and slammed into the No. 42 of Dillon. The incident in turn one would end his day.