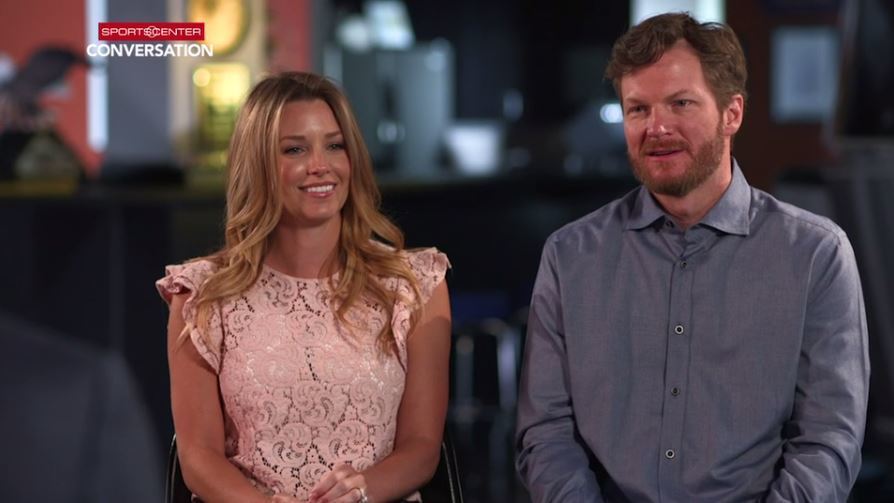 CONCORD, N.C. – Before he climbed back behind the wheel of his No. 88 Nationwide Chevrolet SS, Dale Earnhardt Jr. sat down with his wife, Amy, and ESPN reporter Marty Smith for an in-depth conversation that aired this weekend on “SportsCenter.”

In the first segment, which can be seen below, Earnhardt discussed his recovery from a concussion that caused him to miss the final 18 races of the 2016 season.

The interview also delved into Earnhardt’s life, specifically his offseason marriage to Amy. The couple shared the story of Earnhardt’s proposal and the driver shared what his wife has meant to his life and career.

Check out the second segment below.