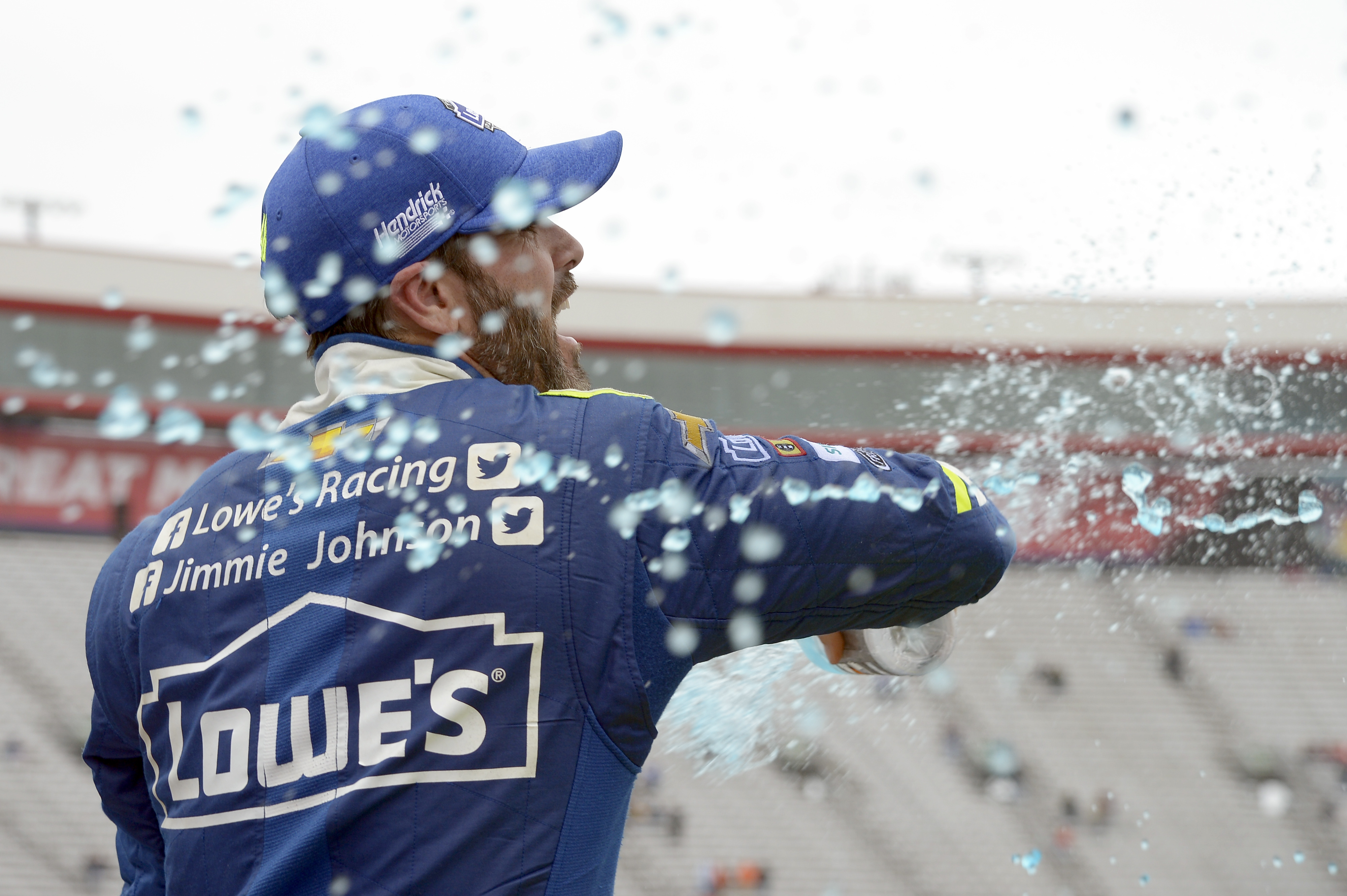 Bristol Motor Speedway was not one of them.

Monday, Johnson drove the No. 48 Lowe’s Chevrolet SS to Victory Lane at Bristol for just the second time in his career, seven years after his first win at the 0.533-mile venue.

“This track has been difficult over the years and we really hit on something Saturday afternoon in that last practice session around the bottom and honestly, it’s what I’ve been looking for here for 16 years and we finally figured it out,” Johnson explained. “So, I’m very, very happy.”

The win was Johnson’s second of the season – and second consecutive – after earning a victory at Texas Motor Speedway before the off-weekend.

It marks the first time Johnson has gone back-to-back since the 2014 season, when his consecutive wins at Charlotte and Dover were part of a three-wins-in-four-weeks stretch for the No. 48 team.

“This Lowe’s Chevrolet was flying!” Johnson smiled. “Huge thanks to Lowe’s and A.O. Smith for being on the quarter panel this weekend. My guys nailed their pit stops all day long. Great team effort, just a ton of fun out there racing.”

With the win, Johnson now sits at 82 career Cup wins – just one away from tying NASCAR Hall of Famer Cale Yarborough for sixth all-time.

“That’s just mind-blowing,” Johnson said when told of the approaching milestone. “I wouldn’t be here without (Hendrick Motorsports owner) Mr. (Rick) Hendrick’s support. Thanks to him and to Jeff Gordon for believing in me. For Hendrick Motorsports to make this job kind of a family environment for all of us to thrive in has been a perfect environment for me and (No. 48 team crew chief) Chad Knaus and for the consistent group of guys behind me through all these years has led to the environment to win 82 races, or whatever it is, which is just insane. I’m truly humbled.”

After earning just one top-10 finish in the first six races of the season, Johnson has now won races seven and eight. And he said he and the No. 48 team will “show up at Richmond and try again.”

“Today was another flawless day of execution and a great race car,” he said, “and we got it done.”