Appointment to STEAM board just latest way Colon is giving back 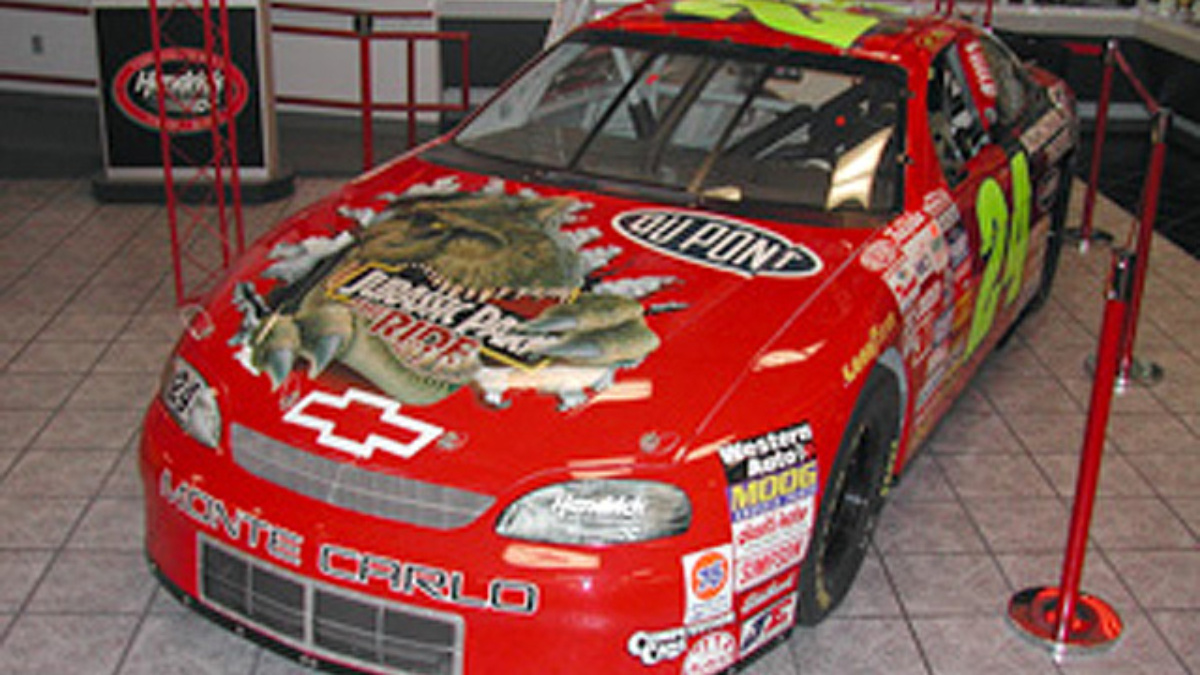 Even though Hendrick Motorsports Chassis No. 2429, also known as “T-Rex,” made it to the track only once in its career, the No. 24 DuPont Chevrolet left quite a memorable impression.

In the winter of 1996, Ray Evernham, then crew chief for Jeff Gordon and the No. 24 team asked Hendrick chassis engineer Rex Stump to design the team a new car. Stump had free reign on how the machine was to be put together, with the only restriction being that it had to comply with NASCAR’s rules. Evernham’s goal was to run this innovative car in The Winston the following year.

Stump, a former Corvette engineer with General Motors, teamed with other members of the Hendrick Chassis shop to create a machine far ahead of its’ time.

In 1997, T-Rex was ready to hit the track for that year’s all-star event at Lowe’s Motor Speedway. The Chevrolet sported a paint scheme promoting Universal Studio’s then upcoming movie, “Jurassic Park.” The design is where the machine’s nickname originated, however, it was also a fitting tribute to the car’s designer, Stump.

Gordon and T-Rex dominated the race and the car’s revolutionary design helped the No. 24 team to score their second triumph in NASCAR’s winner’s-only event following their 1995 victory.

In post-race inspection, T-Rex was subject to extreme scrutiny by NASCAR officials who in the end agreed the DuPont Chevy complied with that year’s rulebook. However, due to the car’s incredible on-track performance and radical design, the officials asked that Hendrick Motorsports never use the car in a NASCAR-sanctioned competition again.

“It was just a car ahead of it’s time,” recalls Stump.

After T-Rex’s brief career was over, the Chevrolet served as one of Hendrick Motorsports’ showcars until it was fully restored to its original condition in late 2004. The machine is now in display in the Hendrick Motorsports museum, in Charlotte, N.C., which is open to the public.