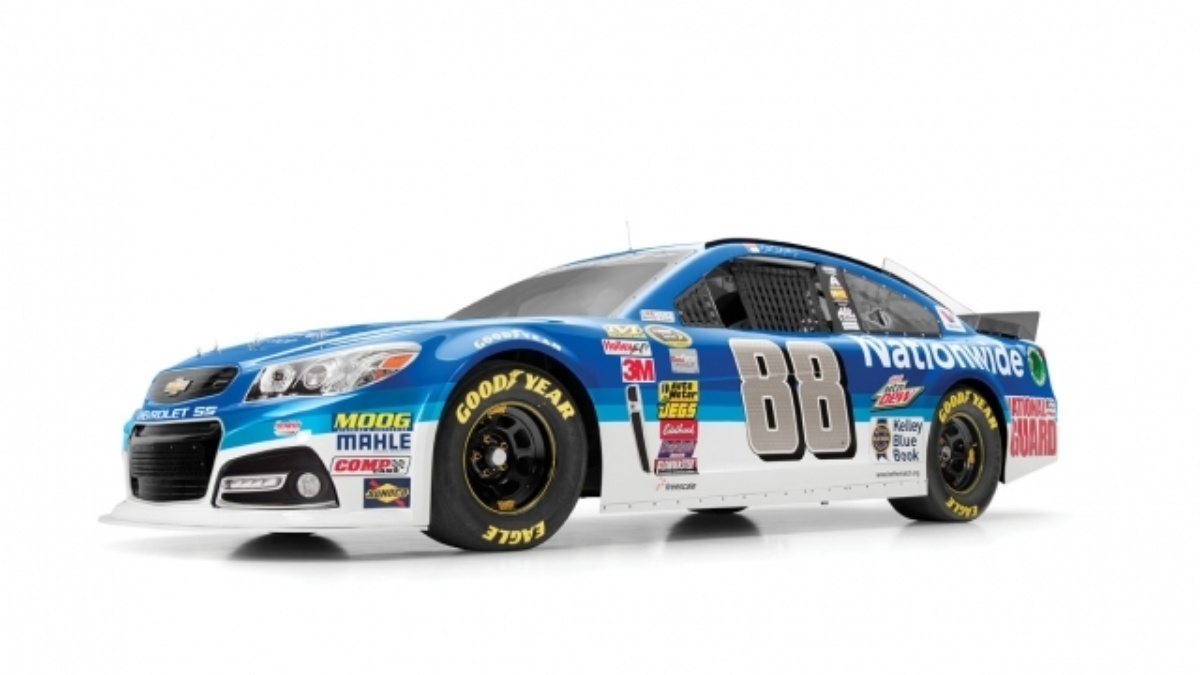 CONCORD, N.C. – Nationwide has expanded its three-year relationship with Hendrick Motorsports to become the majority sponsor of driver Dale Earnhardt Jr. and the No. 88 Chevrolet SS team beginning with the 2015 NASCAR Sprint Cup Series season.

Nationwide, which in May announced it will join Hendrick Motorsports as a corporate partner, will increase its primary sponsorship of Earnhardt to 21 Sprint Cup events, including the Daytona 500, for each of the next three seasons. The revised agreement provides Nationwide with nine additional primary races in 2015 and eight additional primary races in both 2016 and 2017.

“We’re thrilled to be deepening our partnership with the Hendrick Motorsports team,” said Matt Jauchius, chief marketing officer at Nationwide. “We look forward to seeing Nationwide on the No. 88 for NASCAR’s biggest races over the next three seasons.”

Nationwide is making an early debut as Earnhardt’s primary sponsor during this weekend’s Sprint Cup event in Richmond, Virginia, where it is previewing the 2015 No. 88 Nationwide Chevrolet SS paint scheme.

“That Nationwide has already elected to grow the sponsorship sends a clear message about the opportunities they see and how well our teams are working together,” said Rick Hendrick, owner of Hendrick Motorsports. “It’s quickly become a strong relationship, and we’re committed to building on that foundation and delivering results in every facet of the program.”

Earnhardt, 39, is a two-time Nationwide Series champion and has 22 career points-paying Sprint Cup victories. NASCAR's 11-time most popular driver, he has won three races in 2014, including his second career Daytona 500, and currently sits second in the standings. The Kannapolis, North Carolina, native recently clinched a fourth consecutive appearance in the championship-deciding Chase for the NASCAR Sprint Cup, which will begin following Richmond.

“I know the people at Nationwide extremely well and truly appreciate how invested they are in our team and our sport,” said Earnhardt, whose family has been insured by Nationwide for more than 35 years and who has been featured in its national advertising since 2009. “It’s extremely gratifying that they recognize so much value in the partnership and want to do more. Having this kind of support and seeing so many positive things happening around the team feels really good.”

Fans and members of the media can follow the new @Nationwide88 handle on Twitter for updates related to Earnhardt and his No. 88 team.