For Johnson, #se7en a way to remember

For Johnson, #se7en a way to remember 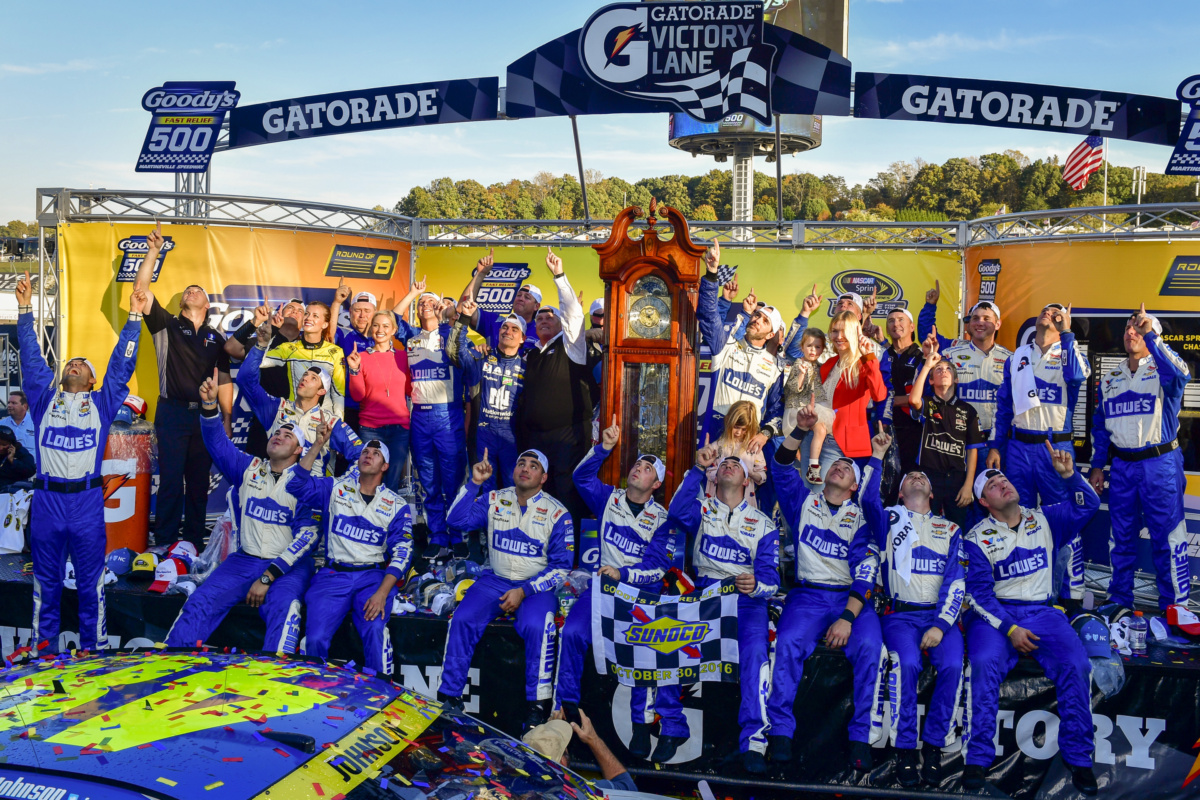 CONCORD, N.C. -- As Jimmie Johnson races toward a seventh NASCAR Sprint Cup Series championship, one hashtag has been omnipresent.

The driver of the No. 48 Lowe's Chevrolet SS first began using it after he won his sixth championship in 2013. But it's more than just a number.

"When we were at the Hendrick Christmas party in December, his favorite band -- O.A.R. -- was playing and the whole moment kind of came to a head," Johnson told NASCAR.com at the time. "(We were) up front at the stage, singing away. Mr. Hendrick, Linda (Hendrick) ... the whole family and everybody’s there reliving Ricky moments, just talking about him and watching his favorite band play.

Early in his racing career, Ricky Hendrick drove a No. 7 and later a No. 17. He developed a habit of writing it out with a “7” in place of the “V.”

Since I’m new to NASCAR, Jimmie took me on a tour of @teamhendrick. He walked me through Ricky Hendrick’s hauler, showing me the meaning of the hashtag #se7en. Hearing him look at the photos on the wall and reminisce at those memories with Ricky gave me an understanding of just how much his friendship with Ricky meant to him and how hard it still is to not have him around. #se7en is such a touching tribute. [email protected]
A photo posted by Jimmie Johnson (@jimmiejohnson) on Nov 17, 2016 at 7:47am PST

As this year's season finale approaches, Johnson will even sport a unique helmet for the championship race that features the hashtag -- just as he did last weekend at Phoenix.

"That number seven goes pretty deep into the roots of the 48 and Hendrick Motorsports," No. 48 team crew chief Chad Knaus said, "and it's pretty cool having that on his helmet."

The final race of the season takes place this Sunday at 2:30 p.m. ET and will be broadcast on NBC, MRN and SiriusXM NASCAR Radio.