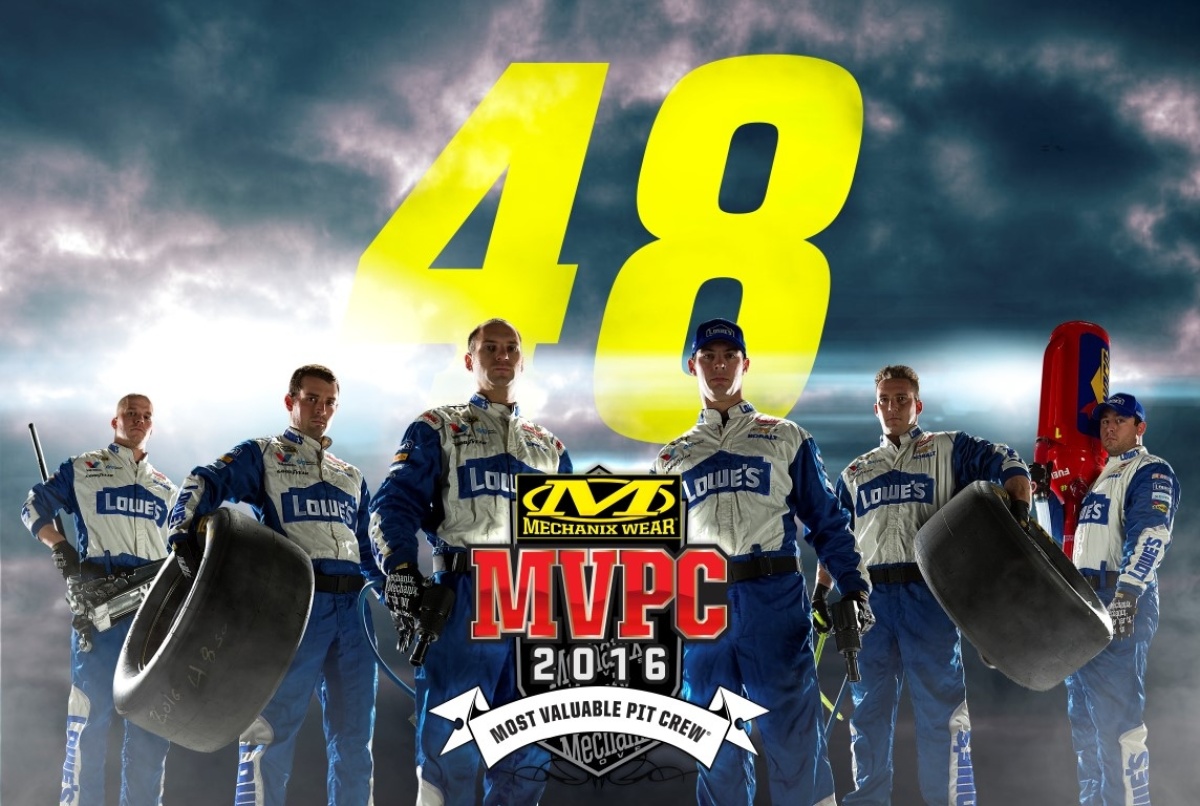 LAS VEGAS -- In addition to Jimmie Johnson and Chad Knaus, also celebrating #se7en is the No. 48 Lowe's team, who has been with the driver and crew chief every step of the way during the 2016 season.

In the midst of their champion's week celebrations, the Lowe's pit crew received their own award as they were named the Mechanix Wear Most Valuable Pit Crew of 2016.

The No. 48 Lowe's team aided Johnson in claiming five wins, 11 top-five finishes, 16 top-10s and one pole award throughout the 36-race season.

The title of Most Valuable Pit Crew is awarded to the team who shows the most consistency on pit road throughout the season and is the longest-running and most prestigious pit crew award in the sport.

Every nine races (each quarter of the season), the NASCAR Sprint Cup Series crew chiefs vote for the pit crew they believe contributes the most value to their team on race day. Each quarter, a semifinalist is chosen to receive an award and is given the opportunity to win the overall Mechanix Wear Most Valuable Pit Crew award at the end of the season.