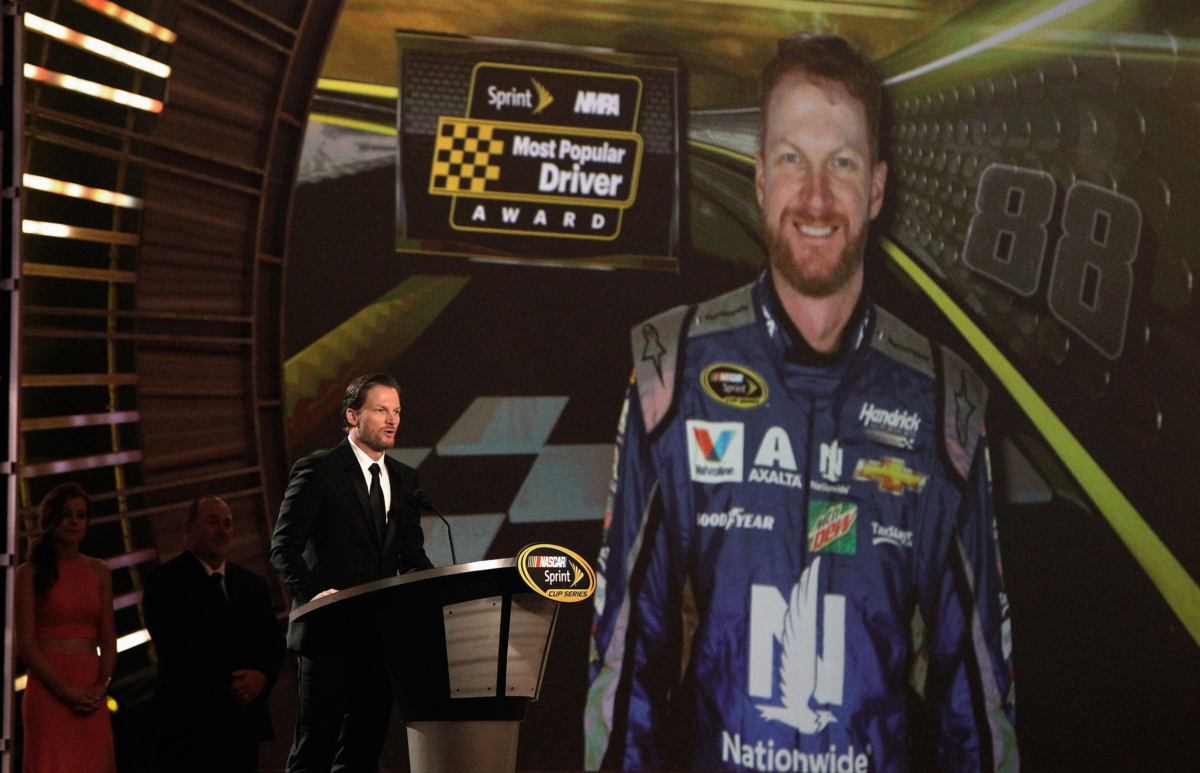 The driver of the No. 88 Chevrolet SS was named the National Motorsports Press Association Sprint Most Popular Driver for the 14th consecutive year, extending his record streak.

Earnhardt's 14 consecutive wins mark the longest streak since the award was first presented in 1953. Bill Elliott -- Chase's father -- holds the record for all-time Most Popular Driver honors with 16.

He was presented with the award at the black-tie NASCAR Sprint Cup Series Awards held at Wynn Las Vegas.

The award is determined solely by fan voting, and Earnhardt said it was especially touching to know that his fans supported him even during a year in which he missed the second half of the season due to a concussion.

"This year was a difficult year for us and our team," Earnhardt said. "You think you know just how incredible the NASCAR fans are and how supportive they are. You see them support the drivers through victories and through defeat. But when you go through recovery from an injury or maybe the loss of a loved one or something like that, you really get to the core of what's great about our fan base."

Earnhardt's 2016 season came to an end when he was sidelined after the race at Kentucky Speedway in July. In the 18 races in which he participated, he earned five top-five finishes -- including four runner-up results -- and six top-10s.

"I'm looking forward to next year."