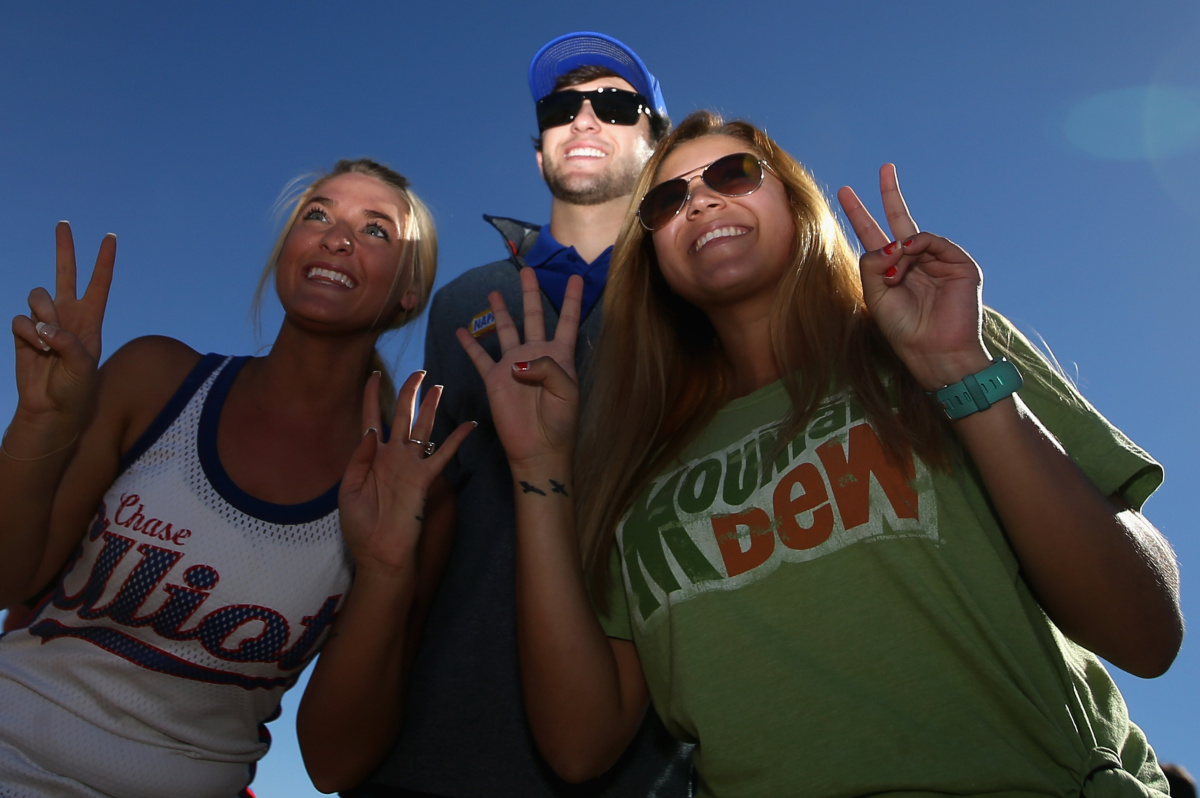 CONCORD, N.C. – Chase Elliott had big shoes to fill as he took over driving duties of the No. 24 Chevrolet SS from Jeff Gordon.

Throughout his career in the No. 24 Hendrick Motorsports Chevrolet, Gordon won a total of 93 NASCAR Cup Series races, 81 poles and four series titles.

And the 21-year-old Elliott followed suit, starting his Cup career off with a successful campaign. He claimed two poles, 10 top-five finishes, 17 top-10s and even took home the 2016 Rookie of the Year award.

While taking over for Gordon might come with a certain amount of pressure, Elliott said he never saw it that way and only wanted to strive to be himself.

The driver said the support from No. 24 fans meant a lot to him this past season, especially seeing his new gear each weekend at the racetracks.

Elliott recalled the Sept. 4 race at Darlington Raceway, where while sitting in traffic, he saw a big group of fans sporting his No. 24 gear.

“As the year went on, I guess you did see a little more of the newer 24 stuff, which I thought was cool,” the driver said. “But I’m perfectly cool with seeing Jeff Gordon gear too. Jeff’s been good to me and has a great fan base who still enjoy going to the races. New or old 24 gear, I’m happy with it.”

Now, gearing up for his sophomore season in the Cup Series, Elliott said the support from his fans means just as much.

“It doesn’t go unnoticed and it means a lot,” Elliott said. “I certainly appreciate that support, but you want people to support you for who you are and no other reason. I hope that’s the way it is for me. I’m trying to be myself.”