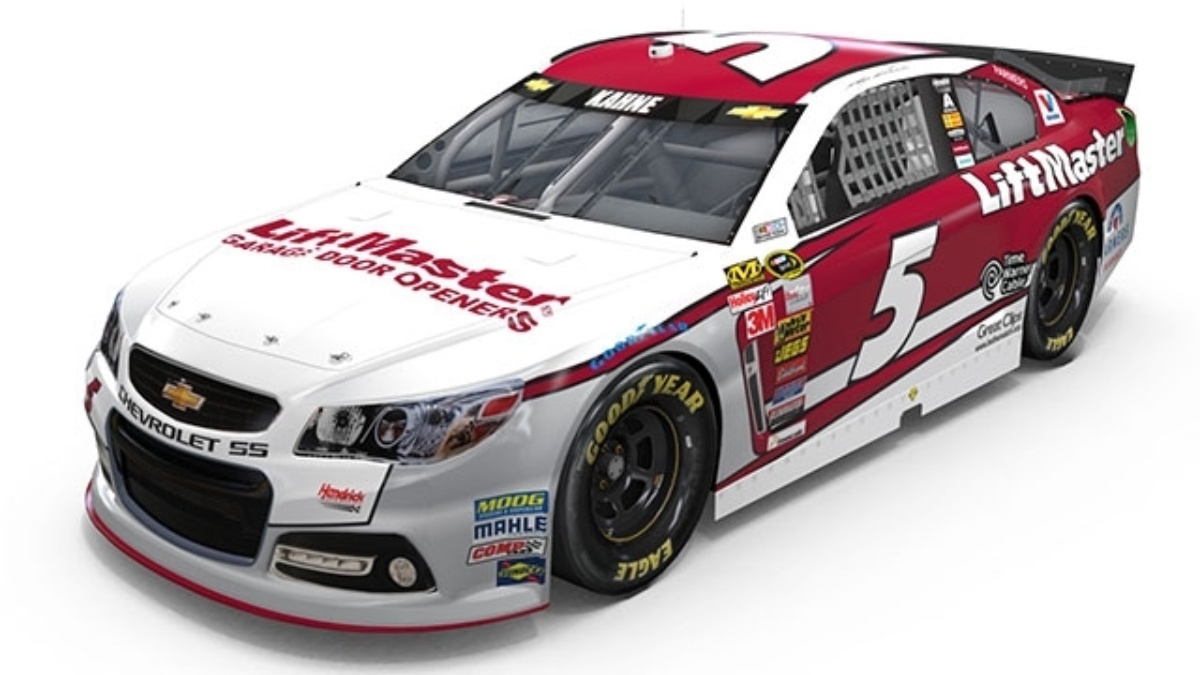 The new relationship will feature LiftMaster, which is headquartered in Elmhurst, Illinois, as a primary sponsor in three Sprint Cup races annually and as an associate-level partner in all other events. The agreement covers the 2015, 2016 and 2017 NASCAR seasons.

“We’re excited to establish a new partnership with Kasey Kahne and Hendrick Motorsports in 2015,” said Bob Markwart, president of LiftMaster Americas. “Kasey is a threat to win every weekend, and we’re looking forward to joining the No. 5 team’s pursuit of a championship next year.”

In 2015, the No. 5 LiftMaster Chevrolet SS will appear in Sprint Cup Series races May 24 at Charlotte Motor Speedway, July 11 at Kentucky Speedway and Oct. 18 at Kansas Speedway.

“Whether you’re talking products, services or the way customers are treated, LiftMaster has a reputation as the industry leader,” said Rick Hendrick, owner of Hendrick Motorsports and chairman of Hendrick Automotive Group. “Having used LiftMaster both at Hendrick Motorsports and in our dealerships, we know first-hand the emphasis they put on quality and innovation. We look forward to working together to build a NASCAR program that reflects their brand and drives business.”

Since joining Hendrick Motorsports in 2012, Kahne, 34, has earned at least one victory each season while securing three consecutive Chase for the NASCAR Sprint Cup berths. The Enumclaw, Washington, native has 17 career wins in NASCAR’s top division, including five in three full seasons with the No. 5 team.

“It means a lot to have support from a great company like LiftMaster,” Kahne said. “The No. 5 team has high expectations for 2015, and they’ll be with us as the primary sponsor at three tracks where we’re traditionally very fast. All of us are looking forward to representing them throughout the season and developing a successful long-term relationship.”