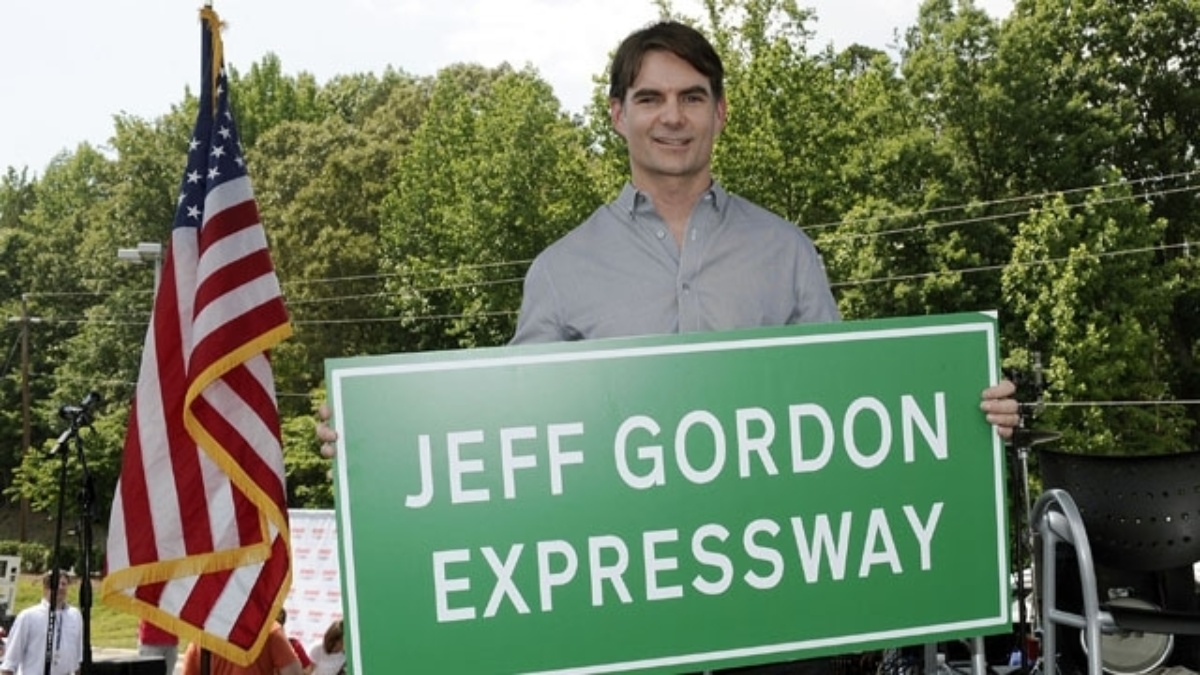 CONCORD, N.C. — Jeff Gordon was honored during Hendrick Motorsports' Fan Fest on Friday during a ceremony commemorating the naming of a portion of I-85 as Jeff Gordon Expressway in honor of his 85 NASCAR Sprint Cup Series victories and philanthrophic efforts statewide.

Transportation Secretary Gene Conti joined N.C. Board of Transportation member John Collett, Vice Chairman of the Mecklenburg County Board of Commissioners Jim Pendergraph, NASCAR President Mike Helton and Hendrick Motorsports team owner Rick Hendrick to dedicate a 1.6-mile section of I-85 from the city of Charlotte corporate limits to the Cabarrus County line as the Jeff Gordon Expressway.

"Jeff Gordon has made an outstanding contribution to North Carolina both on and off the track," Conti said. "His efforts have improved life in our state, helped support our economy and served many of our families in a time of great need. It is a fitting tribute to name this road in his honor."

In 1999, he founded the Jeff Gordon Children’s Foundation, which has raised more than $12 million for children’s charities and continues to work to improve the lives of children in the region who face critical illnesses. Through the foundation, the Jeff Gordon Children’s Hospital at Carolinas Medical Center-NorthEast opened its doors in December 2006 providing a warm, caring atmosphere for pediatric patients while being treated by well-trained physicians in a state-of-the-art facility.

The Mecklenburg County Board of Commissioners requested the road naming, and the N.C. Board of Transportation passed a resolution to dedicate the stretch of highway in Gordon’s honor in December 2011.

This stretch of I-85 is currently under construction as part of the $125.2 million project to widen 6.8 miles of I-85 from four to eight lanes from south of Bruton Smith Boulevard to north of N.C. 73. Signs naming it the Jeff Gordon Expressway will be constructed once the widening project is complete in November 2013.