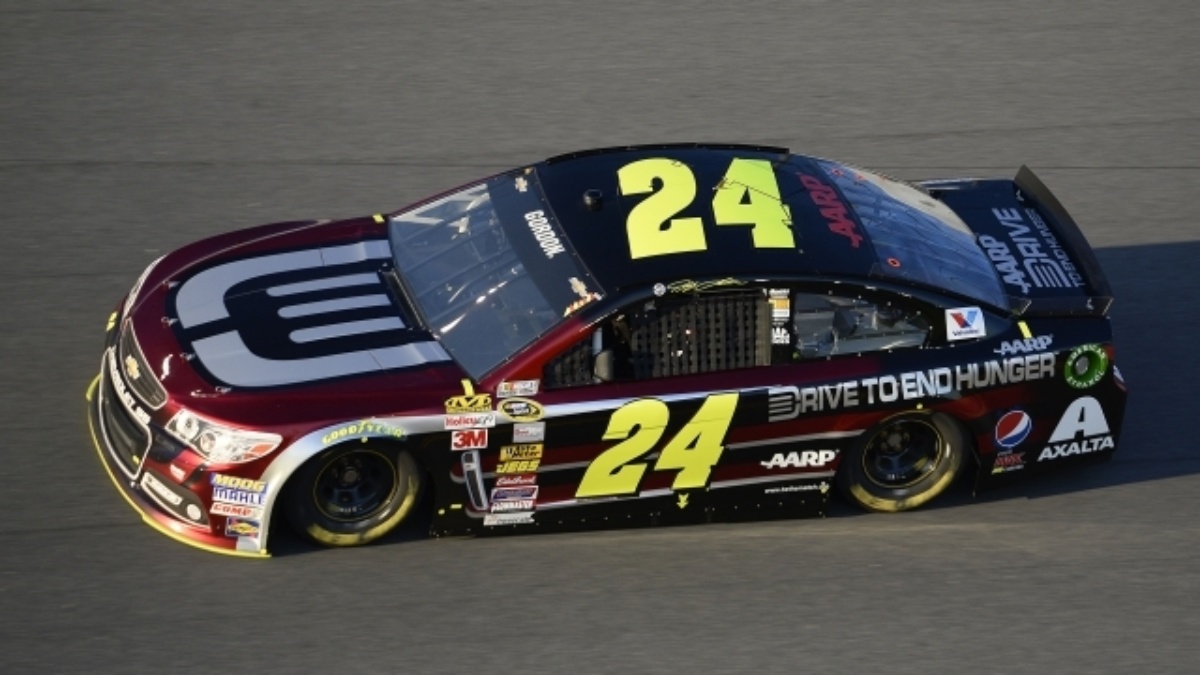 CONCORD, N.C. – AARP and AARP Foundation’s nationwide campaign to address the problem of older adult hunger through the Drive to End Hunger program will return with 11-time NASCAR Sprint Cup Series champions Hendrick Motorsports in 2015 as a primary sponsor of driver Jeff Gordon and his No. 24 Chevrolet SS team.

Through AARP’s sponsorship of the No. 24 Chevrolet, the AARP Foundation’s Drive to End Hunger program will be featured as a primary partner in 13 Sprint Cup races next season, including the 2015 Daytona 500, and on portions of the car as an associate sponsor in all other events. It will mark AARP’s fifth year as a primary sponsor of the No. 24 team, which is unprecedented in NASCAR for a social cause.

“Hunger is a hidden problem that millions of older Americans are battling silently. We are excited to keep building on the great work of these last four years to help the nearly 9 million older Americans who face the threat of hunger,” said Lisa Marsh Ryerson, AARP Foundation president. “With Jeff Gordon and Rick Hendrick, we have committed champions behind the wheel on and off the track. Together we will make the most of this unprecedented opportunity to end the struggle that so many older Americans have with hunger.”

The priorities of Drive to End Hunger, which is supported through donations from individuals, corporations and other non-profits, are to raise awareness and funds to fight hunger among adults 50 and over and to provide short- and long-term solutions to the problem of older adult hunger.

Through education, engagement and partnerships, Drive to End Hunger has donated more than 30 million meals since AARP and AARP Foundation launched it in February 2011. In 2013, 23 organizational sponsors and supporters joined the initiative.

“What’s been accomplished by Drive to End Hunger in a relatively short time is absolutely inspiring,” said Rick Hendrick, owner of Hendrick Motorsports. “At the beginning, we felt the program would ultimately be judged on how many lives it impacted. There’s no question it’s been successful by that measure, but we still have much more to do. Our team is proud to continue the effort alongside our friends at AARP and AARP Foundation and with the incredible support of the NASCAR community.”

One of the most accomplished drivers in NASCAR history, Gordon is a four-time Cup champion, and his 90 victories rank third on the all-time wins list. The current series points leader, he has posted two victories, seven top-five finishes and 15 top-10s in 21 Sprint Cup races this season.

“NASCAR fans have been such a big part of the success of Drive to End Hunger, and we’re really grateful for that,” said Gordon, 43, who has a lifetime contract with Hendrick Motorsports. “I’ve seen them packing meals, texting donations and getting involved in their communities. AARP and AARP Foundation are incredible partners to be involved with, and I’m very happy to continue our work together. It’s been an extremely rewarding and humbling experience for me personally.”