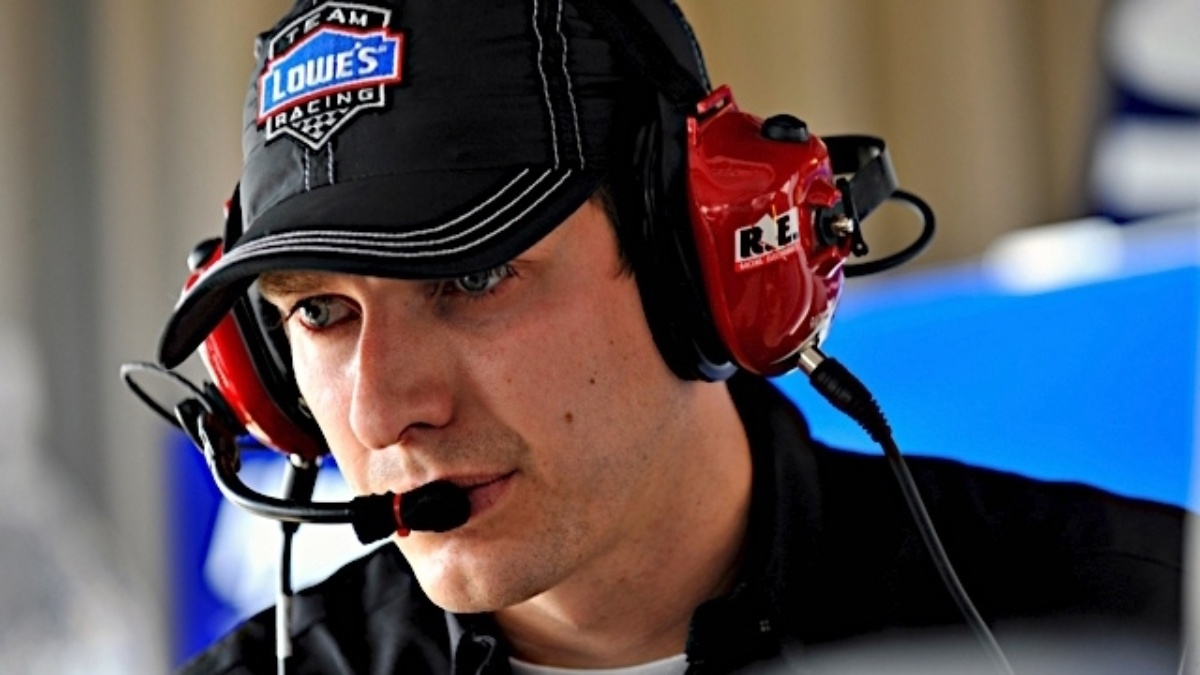 CONCORD, N.C.- Racing has been in Greg Ives' blood since he was five years old and steering a big wheel for a win in his home state of Michigan. Now an engineer with the No. 48 Lowe's Chevrolet, he is responsible for calculating fuel mileage among other tasks as the team pursues its sixth straight NASCAR Sprint Cup championship. Meet Greg:

Nickname: Hansel (from “Zoolander”). I got it from the guys one night when I spiked up my hair.

Team/job duties: Team engineer for the No. 48 Lowe’s team.

Years in racing: I’ve been racing since I was five, but I’ve been a part of the NASCAR Sprint Cup Series for seven years.

First racing job: I started out as a driver, and then I became a mechanic in the NASCAR Sprint Cup Series for the No. 24 team in 2004.

First job overall: I was a mechanic at Ives Truck Repair, which was a company owned by my family.

Best racing memory: The day I won my first race on a Big Wheel at Nickel Toss night in Escanaba, Mich. I was five years old at the time.

Favorite track: When I raced as a driver, it was Norway (Mich.) Speedway. Dover (Del.) International Speedway is my favorite track.

Favorite Hendrick Motorsports win: The next one. But I always think of my first race as the engineer on the No. 48 Lowe’s team at the 2006 Daytona 500 with driver Jimmie Johnson.

Hobbies outside of racing: My family.

When I'm not at the track you can find me: Outside working in the yard or garage.

On an off-weekend you can find me: In the upper peninsula of Michigan, which is my hometown.

Best concert you’ve ever been to: Keith Urban and Carrie Underwood.

My current car is: 2006 Chevy Silverado.

What you’ll find on my iPod: I don’t have one, but if I did it would be Russ Taff.

If I could meet anyone, I’d meet: My grandkids.

If I ran NASCAR, I’d: Have heat races.

One thing people don’t know about me is:  I can juggle.

Before the race, I always: Tell Pete (Michel, shock specialist on the No. 48 Lowe’s team) “You know what to do.”

During a pit stop, I’m thinking: If we have enough fuel to make it.

Best part of your job: Doing what I love.