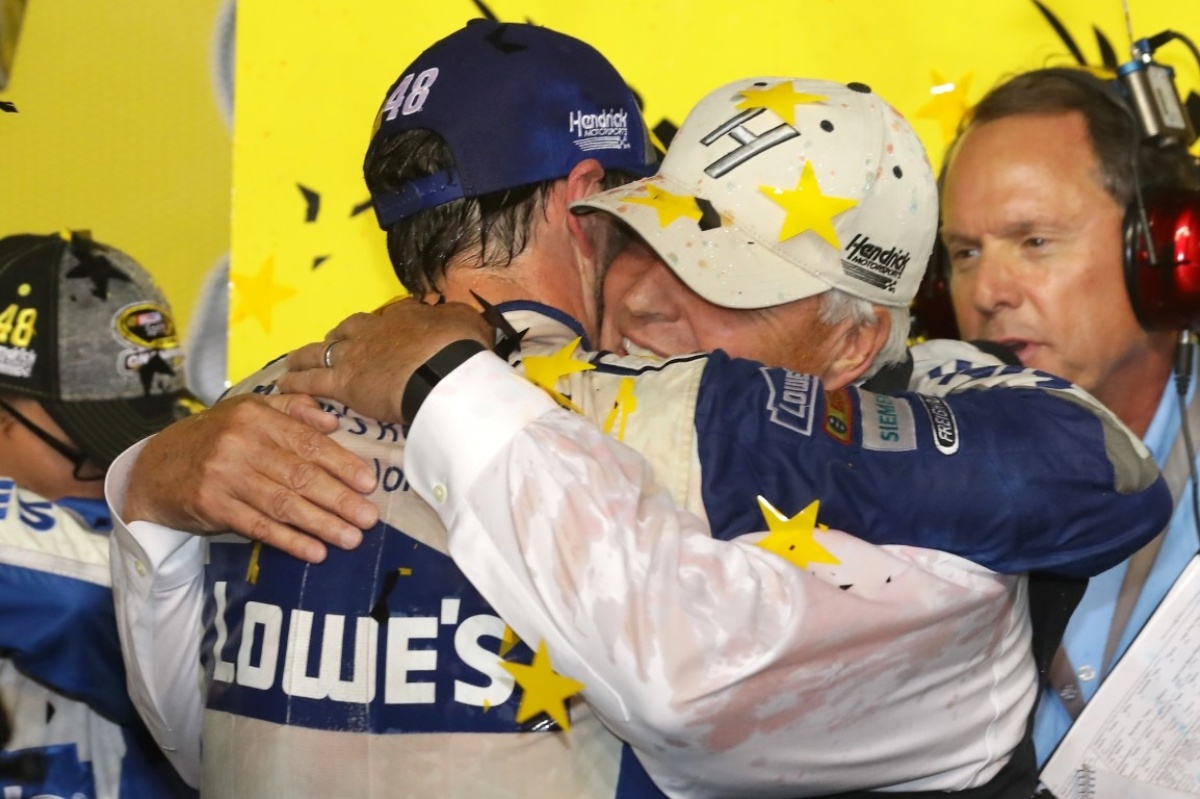 CONCORD, N.C. – For the No. 48 team, capping the 2016 season with a NASCAR Sprint Cup Series championship was all about teamwork.

But that teamwork stretched beyond just the race team.

The teamwork from the top down throughout all of Hendrick Motorsports is what drove the organization from a summer winless streak to a 12th Cup title.

“I’ve never seen our guys work better together than they have from the summer on,” Hendrick Motorsports owner Rick Hendrick said. “I’m real proud of all of the crew chiefs – everyone. Aero department, engine department, chassis department – everybody. Marketing area, every single person over there just worked and worked and worked.”

Director of engine operations Jeff Andrews, who began working for the organization in 1992, went so far as to say the championship is “a testament to probably the best example of teamwork as long as I've been here."

For six months in the middle of the 2016 season, Hendrick Motorsports was kept out of Victory Lane. But the team members on campus didn’t rest – they put their heads down and worked even harder.

“I think the impressive thing that happened this summer is you saw a company that was not satisfied with where it was as a team -- engine, aero, chassis, the whole package,” Andrews said. “Everybody went to work as a team to improve their part of the product. And when it all came together there late summer, early part of the fall, you started to see the wins, you started to see the top-fives.”

For those in the midst of the work, it was exciting to see the results come to fruition.

“So many people put so much into this championship,” No. 48 team race engineer Cliff Daniels said. “So many people dug deep. Everybody took care of their department, the details, every little aspect of the race cars in both shops, and together we all brought speed to the Chase. It’s just really cool to be a part of.”

“It’s an exciting time for our whole organization,” Hendrick said. “Just to think about the offseason now with the momentum – all the cars were running well at the end of the year, and now we carry that into the new year.”

“That’s just a testament to all the folks who work at Hendrick Motorsports,” he continued. “When they make up their mind that they want to do something and work together, they can accomplish big things.”