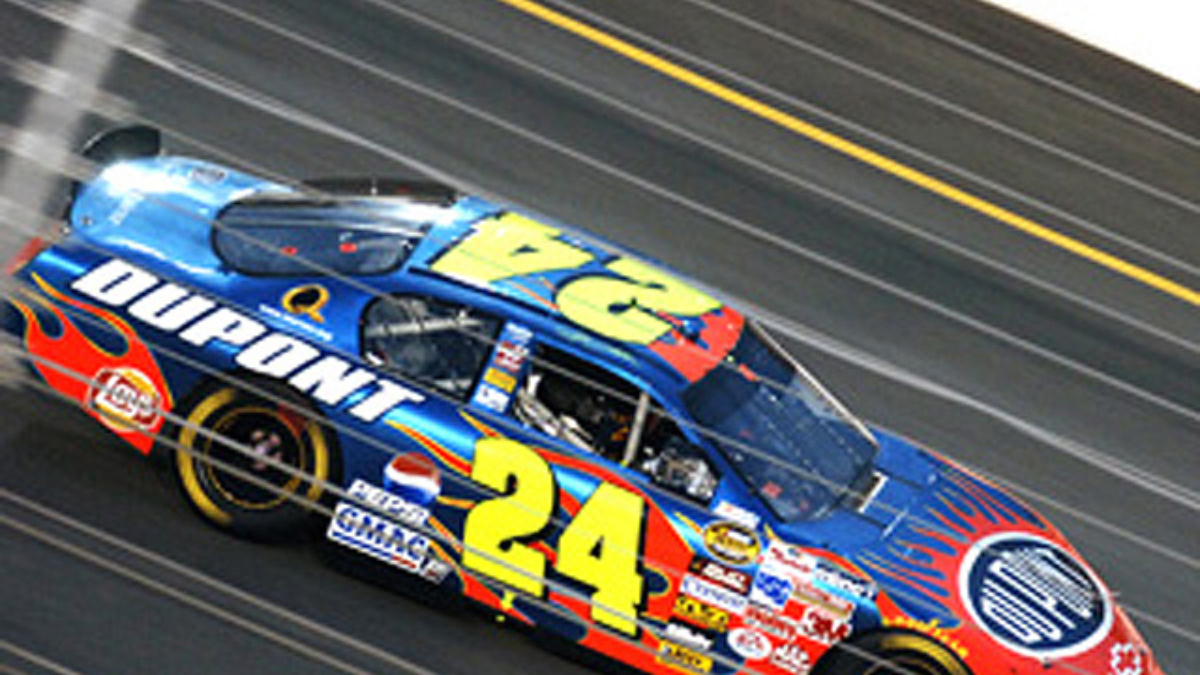 BRISTOL, Tenn. (Aug. 27, 2005) – With three races remaining and a deficit of 58 points before the Chase for the NASCAR NEXTEL Cup begins, Jeff Gordon must survive a game of “Russian Roulette” this Saturday night at Bristol Motor Speedway if he has any shot to contend for a fifth championship this year. Gordon, driver of the No. 24 DuPont Chevrolets, has fared well at the .533-mile track in the past. In 25 career starts, he has five wins, four poles, 10 top-fives and 15 top-10s. He has led the most laps on seven different occasions for a total 2,358 laps and has an average finishing position of 11.9. His 4.8 starting average is tops among active drivers. “Qualifying up front and staying up front during the race is the best way to avoid trouble, but it’s still a game of Russian Roulette,” Gordon said. “There are so many cars fighting for the same piece of real estate that it’s easy to get caught up in someone else’s accident.” Earlier this year at the high-banked short track, the four-time Cup champion battled back from two laps down after an unscheduled pit stop. He worked his way back into the top 10 before being involved in multi-car accident on Lap 332. The No. 24 crew repaired the fender and front-wheel alignment, and Gordon charged back to lead the event. Unfortunately, suspension failure with 10 laps to go while running third relegated Gordon to a 15th-place finish. “That day pretty much sums up what a crazy year it’s been for this DuPont team,” Gordon said. “Our performances haven't been as bad as our finishes. We’ve had several races where we were completely off on our setup, but we’ve had numerous situations where we ran strong during the event but didn’t have the good results to show for it. “We had a great test at Bristol last week. The track is the same old Bristol -- it's fast and it’s rough. It wasn't so much a night test, but we ran until 8 p.m. The sun was down, so we were trying to read the conditions and how the track changes. We've been so good during the ‘day’ race, but not quite as good during the ‘night’ race. We were trying to learn some things that would help us under the lights.” Gordon, who won three times during the first nine events of the 2005 season, was second in the championship standings after Darlington, S.C., in May. He has not posted a top-five since that race -- a trend he hopes to end this weekend. “The season has gone in cycles,” Gordon said. “Guys that ran really strong at the beginning of the year maybe haven't run as strong in the middle. Tony Stewart, who has been phenomenal recently, wasn't that spectacular earlier this year. “There's no reason that cycle can't come to us as well, and I'm sure that there are teams out there that would prefer not to find out if that cycle comes our way. “You can't count us out. We could strike at any moment.”
Prev Article
NOTICE
We use cookies to enhance your site experience, analyze site traffic, and serve targeted advertisements. For more information, read our privacy policy.