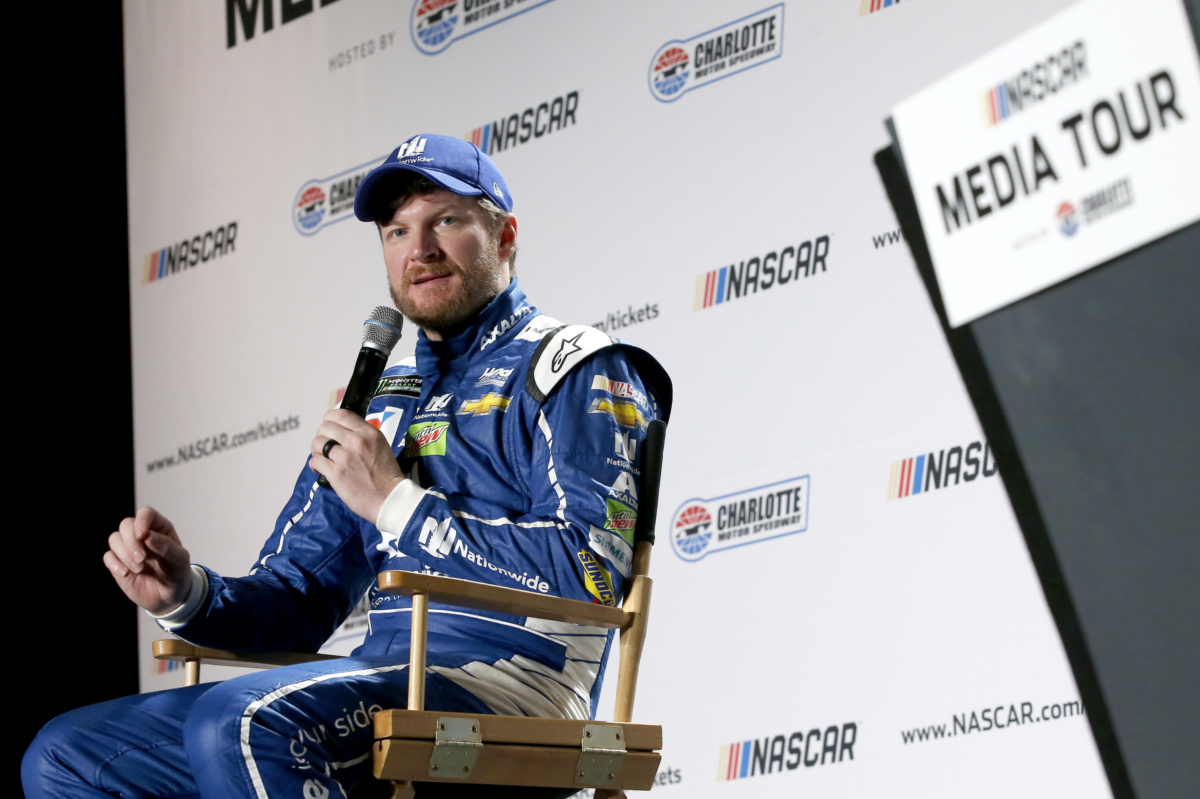 CHARLOTTE, N.C. – Wednesday morning at the Charlotte Convention Center, Dale Earnhardt Jr. stepped onto the stage in front of the gathered media with a smile on his face.

“I’m excited to be here for media day, which is new for me this year,” Earnhardt laughed. “Usually you kind of tell everybody, ‘Daytona will get here when it gets here,’ but I’m excited for the season – it can’t get here fast enough.”

Last month, Earnhardt was officially medically cleared to resume NASCAR competition after making a full recovery from a concussion.

The concussion caused Earnhardt to miss the second half of the 2016 NASCAR Cup Series campaign, and the time outside of the car, he said, made him “anxious to get back in.”

It also provided him with a different perspective.

“To be honest, I’m happy to come back here and continue to compete,” he said. “I got real close to not being able to compete and it being someone else’s decision whether I competed or not. People have asked me since I turned 40 when I would retire, and all I wanted to do was make that choice myself. I don’t know when I’m going to stop racing, but I want to able to make that choice and not have it made for me.

“All that stuff really showed me how much I have going for me and how fun this really is,” he continued. “You can make it really difficult or you can enjoy it. This is an incredible position to be in and it’s an awesome sport, and driving the cars is fun. Doing the photo shoots, doing the commercials and talking to the media, all those things are fun.”

The driver will make his official return to the No. 88 Nationwide Chevrolet SS for next month’s 2017 Daytona 500.

And Earnhardt is ready to see how quickly he can return to form.

“Being out of the car you hope you can jump back in the car and not miss a beat, but like I said, this is the top series and any time you’re away you’re getting behind,” he acknowledged. “I’m really anxious and curious where we shake up early in the season, how competitive we can be, what – if any – learning curve there is for me. We’ll figure all that out.”

In the meantime, Earnhardt will head to Phoenix International Raceway for a test session, which he said he looking forward to. Ultimately, he said he is simply happy to get back to driving.

“Really thankful,” he said, “to be back and be working.”