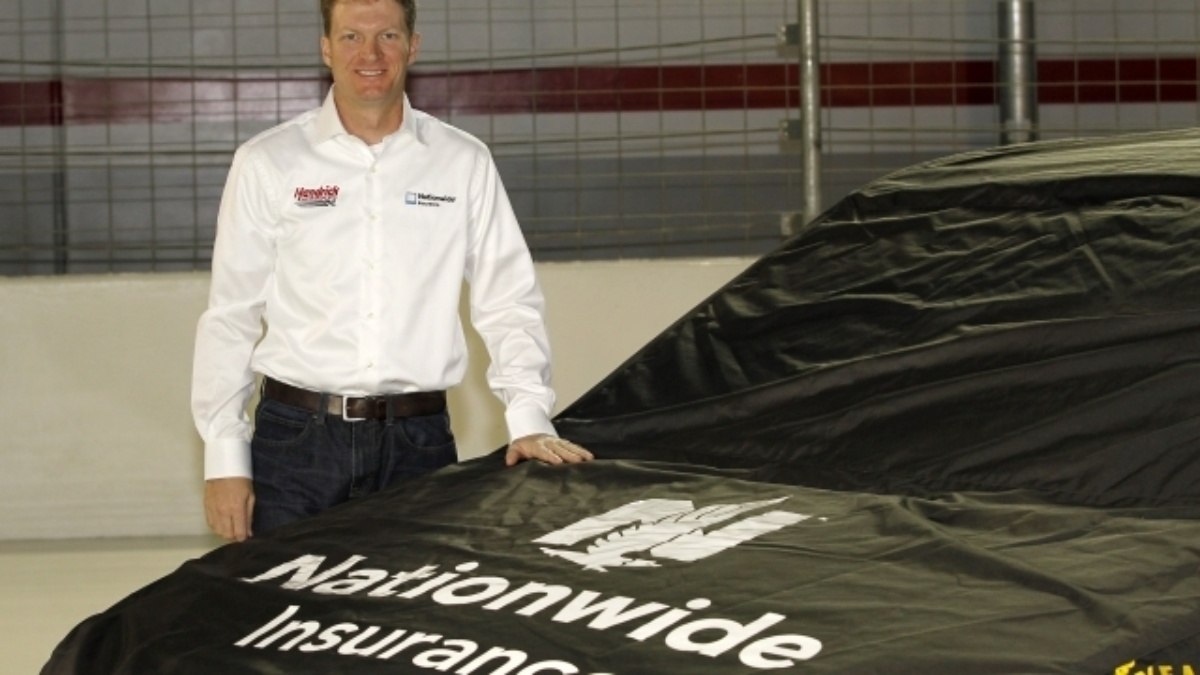 CONCORD, N.C. – When Dale Earnhardt Jr. races Sept. 6 at Richmond International Raceway, Nationwide will be on his side as the company makes an early debut as a primary sponsor of the No. 88 Chevrolet SS team in the NASCAR Sprint Cup Series.

Nationwide, which in May announced it will join Hendrick Motorsports next season as a primary sponsor, will preview Earnhardt’s 2015 paint scheme during the race weekend in Richmond, Virginia, where he has three career Sprint Cup victories. Fans also will get a sneak peek at the new design next week via social media.

“Dale is having a season to remember, and Nationwide is excited to launch our new long-term relationship as a primary sponsor this season as he pursues the NASCAR Sprint Cup Series championship,” said Matt Jauchius, chief marketing officer at Nationwide. “We think fans will like the new look of the No. 88 car when they see it hit the track next week in Richmond.”

Earnhardt worked with Nationwide on the design of the car, which will race next season and is scheduled to make its only 2014 appearance at Richmond. A first look at the No. 88 Nationwide Chevrolet SS will be given to fans Sept. 3 at 1 p.m. ET via the new @Nationwide88 Twitter account that will provide updates related to Earnhardt and his Hendrick Motorsports team.

“Dale puts his trust in Nationwide to protect the things that matter most to him,” Jauchius said. “We put our trust in Dale to come up with a design that would showcase the Nationwide brand in a way that reflects our values, and we think he did just that.”

Earnhardt, 39, is a two-time Nationwide Series champion and has 22 career points-paying victories in the Sprint Cup Series. NASCAR’s 11-time most popular driver, he has won three races in 2014, including his second career Daytona 500, and currently sits second in the standings. The Kannapolis, North Carolina, native recently clinched a fourth consecutive appearance in the championship-deciding Chase for the NASCAR Sprint Cup, which will begin following Richmond.

“I’ve worked with Nationwide for years, but never as a primary sponsor,” said Earnhardt, whose family has been insured by Nationwide for more than 35 years and who has been featured in its national advertising since 2009. “Having them on board with Hendrick Motorsports and the No. 88 team is a big opportunity, and I really appreciate them inviting me to help design the car. I’m excited for the fans to see it and look forward to kicking off the relationship at one of my favorite racetracks.”