Larson, No. 5 Chevy to debut NationsGuard scheme in the DAYTONA 500

Fugle compliments growth in Byron: 'He's been in the battles' 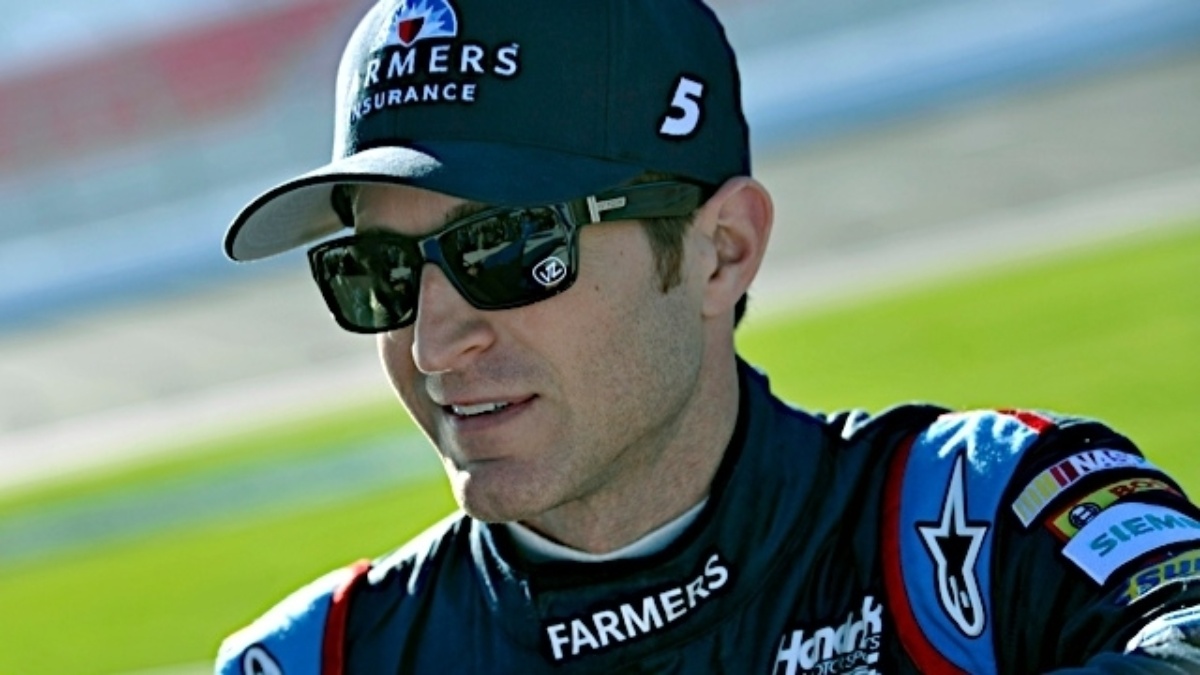 CONCORD, N.C., and LOS ANGELES – Farmers Insurance, one of the nation’s largest multiline insurers, has extended its sponsorship of Hendrick Motorsports’ No. 5 NASCAR Sprint Cup Series team for three years and, in celebration, will give fans the opportunity to help design driver Kasey Kahne’s 2015 Chevrolet SS primary paint scheme.

As the official insurance partner of the No. 5 Hendrick Motorsports team, Farmers Insurance will be featured as primary sponsor in 12 Sprint Cup Series races annually, including the season-opening Daytona 500, and as an associate-level partner in all other events. The agreement covers the 2015, 2016 and 2017 seasons.

Fans can now visit www.FarmersRacing.com to register for access to the upcoming paint scheme design challenge that will allow participants to vote on different elements of Kahne’s 2015 Farmers Insurance Chevrolet SS, including paint color, television panel text and more. In addition, one lucky fan will be randomly selected to see the car in action at the 2015 Daytona 500. Voting will launch later this summer.

“We are pleased to announce our continued sponsorship of Hendrick Motorsports’ No. 5 team and are excited to build on the momentum of the last three years,” said Mike Linton, chief marketing officer at Farmers Insurance. “We are also looking forward to involving our fans in the design of the paint scheme for next year’s car.”

Kahne, 34, has been an integral part of supporting numerous Farmers Insurance community programs. During Teacher Appreciation Month in May, Kahne and the No. 5 team promoted the company’s Thank A Million Teachers national program, which was launched at the beginning of 2014 to recognize America’s educators. He also raced a special Thank A Million Teachers paint scheme and made appearances at several schools throughout the country to personally thank teachers.

“Our team takes so much pride in representing Farmers Insurance and the thousands of agents, district managers and employees around the country,” Kahne said. “They have such a passion for NASCAR and the sport’s fans. Whether it’s thanking teachers or helping rebuild Joplin (Missouri), I’m honored to be involved with Farmers and the communities they serve. It’s exciting to continue our work together.”

Los Angeles-based Farmers Insurance joined the No. 5 team as a primary sponsor in April 2011.

“Our partnership with the team at Farmers has been unbelievable,” said Rick Hendrick, owner of Hendrick Motorsports. “Everything that’s been accomplished in just three years is extremely impressive, and they continue to seek ways to engage our fans and use the sponsorship to improve the lives of others. It’s gratifying to see the impact of our two organizations working together, and we look forward to more successes in the coming years.”

Since joining Hendrick Motorsports for the 2012 season, Kahne has earned two consecutive Chase for the NASCAR Sprint Cup berths. In addition to his 16 career race wins, the Enumclaw, Washington, native has earned 26 pole positions, 81 top-five finishes and 139 top-10s in Sprint Cup competition. His current contract with Hendrick Motorsports runs through the 2015 NASCAR season.