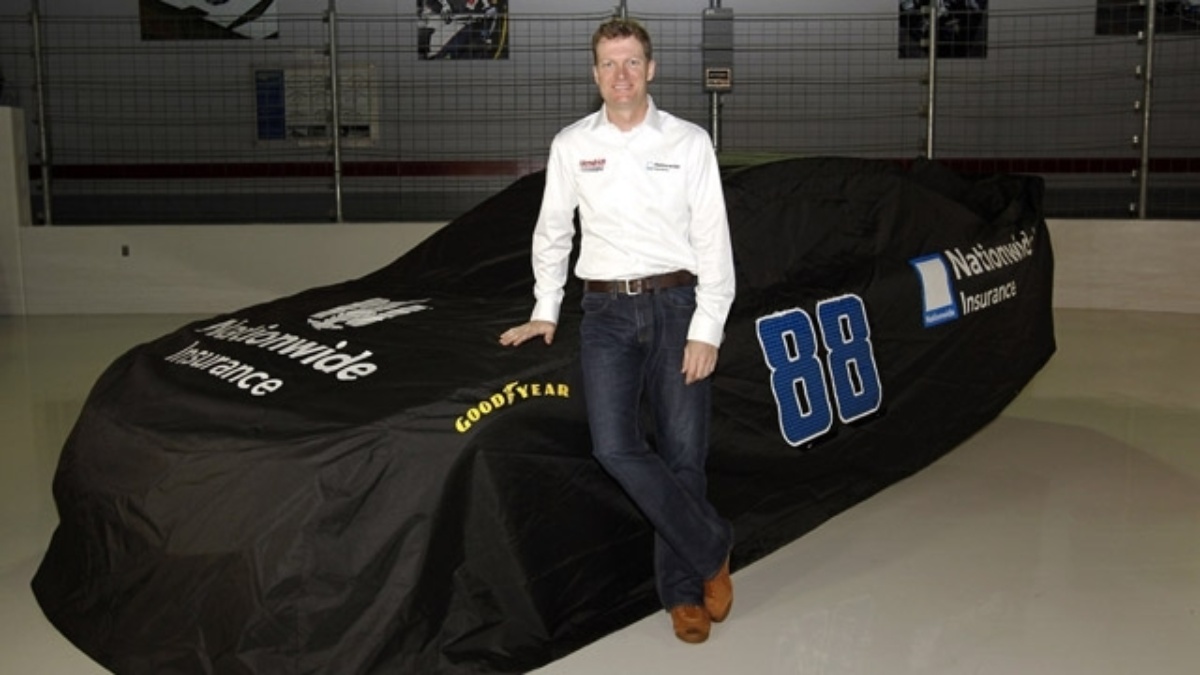 CONCORD, N.C. – The No. 88 Hendrick Motorsports team will “Join the Nation” in 2015 thanks to a new three-year partnership that will pair Nationwide Insurance, a leading insurance and financial services organization, with driver Dale Earnhardt Jr. in the NASCAR Sprint Cup Series.

As the exclusive insurance and retirement planning sponsor of Earnhardt’s No. 88 Chevrolet SS team, Nationwide Insurance will be a primary partner for 12 Sprint Cup races in 2015 and 13 events in both 2016 and 2017. The company also will be an associate-level sponsor of the No. 88 race cars throughout all three seasons.

“The Earnhardt family has trusted Nationwide for their insurance needs for more than 35 years, and Dale Jr. has a positive impact on our brand’s reputation and brings pride to Nationwide members and our associates,” said Matt Jauchius, chief marketing officer for Nationwide Insurance. “Expanding that relationship to incorporate the prestigious operations at Hendrick Motorsports and collaborating with Rick Hendrick and his team is a great fit for Nationwide Insurance.”

“Nationwide is always top of mind when you think of companies that truly leverage the power of NASCAR,” said Rick Hendrick, owner of Hendrick Motorsports. “We’re proud to welcome them to the No. 88 team and grow their relationship with Dale Jr. Working together, we’ll build another program that moves the needle for their business. The opportunities are endless.”

Earnhardt, 39, is a two-time Nationwide Series champion and has 20 career points-paying victories in the elite Sprint Cup Series. The Kannapolis, N.C., native has earned three consecutive Chase for the Sprint Cup berths and is NASCAR's 11-time most popular driver as voted by fans. In 2014, he won his second Daytona 500 and currently is fifth in the standings.

“I’ve always enjoyed working with Nationwide and really believe in their products and services,” said Earnhardt, who Nationwide Insurance has featured in national advertising since 2009. “It’ll be fun to work with them in a new way, and I know everyone on the team is looking forward to the partnership. They’ve invested in our sport and built a strong reputation with NASCAR fans, and this opens up doors to do even more great things.”