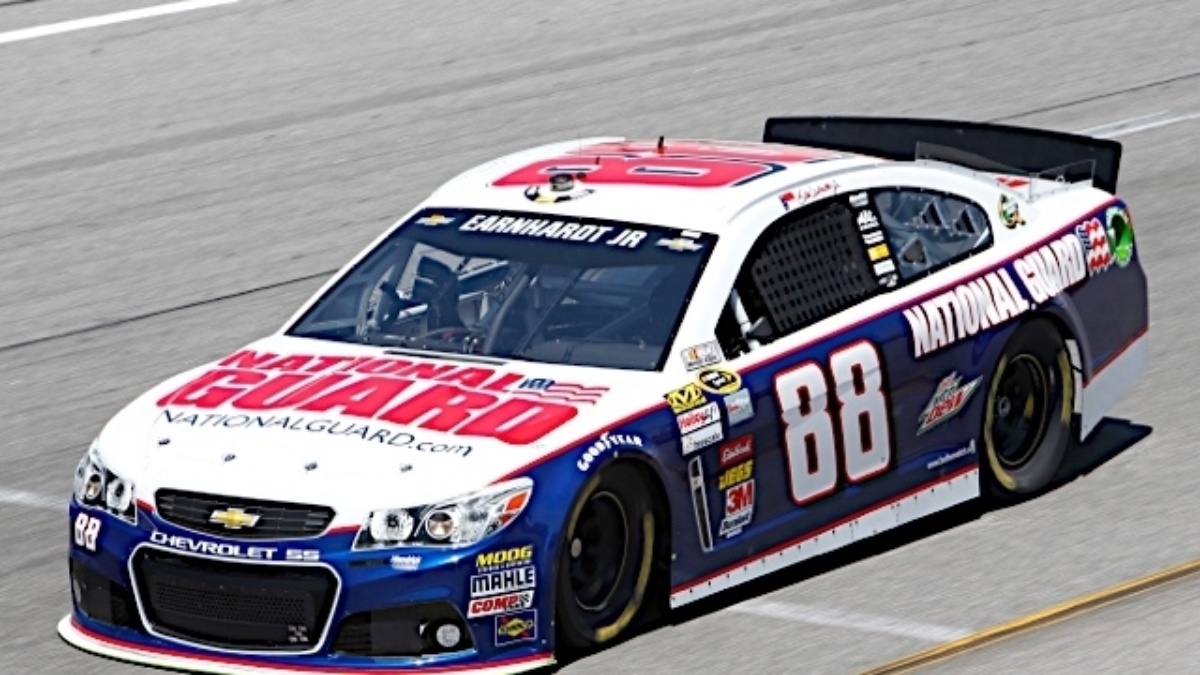 CONCORD, N.C. – The Army National Guard will continue as the majority sponsor of the No. 88 Sprint Cup Series team with driver Dale Earnhardt Jr. after extending its relationship with Hendrick Motorsports through the 2014 NASCAR season. The National Guard will receive primary paint schemes in 20 Sprint Cup races, including the 2014 Daytona 500, and prominent brand placement during all non-primary events.

“NASCAR is a critical marketing platform for the National Guard,” said Lt. Col. Michael Wegner, marketing branch chief, Army National Guard. “This program touches recruiters, influencers, our own Citizen Soldiers and those interested in the Guard’s many career opportunities and benefits. NASCAR fans in our target demographic are twice as likely to consider the military as a career option, and the overall fan base strongly advocates for military service. It’s the right place for the Guard and has helped us recruit more than 400,000 Citizen Soldiers since 2007.”

According to recent research, 85 percent of those who enlisted or re-enlisted in the National Guard since 2007 agree that professional sports are beneficial to its overall efforts to attract and retain soldiers. A majority of respondents were exposed to recruiting or retention materials incorporating NASCAR and had seen NASCAR leveraged at a recruiting center or event.

“We’ve been honored to partner with the National Guard since 2007,” said Rick Hendrick, owner of Hendrick Motorsports. “Sports affiliations drive engagement, and we know Citizen Soldiers are especially likely to engage with NASCAR specifically. The Guard has recognized the opportunities, and Dale Jr. has been a terrific spokesperson. We’re proud to continue what’s been an effective and impactful program.”

Earnhardt, 39, currently is competing in NASCAR’s championship-deciding Chase for the Sprint Cup. He has two pole positions, seven top-five finishes and 18 top-10s in 32 points-paying races this season. The Kannapolis, N.C., native has been voted by fans as NASCAR’s most popular driver for 10 consecutive years.

“It’s an incredible privilege to work with and represent the Guard,” Earnhardt said. “We have the opportunity to interact with those who serve our country and many who are considering military careers. I’m personally in awe of their sacrifices and feel a tremendous amount of pride in our relationship with them. The entire No. 88 team is looking forward to another season together.”

PepsiCo’s continuing support of the No. 88 Hendrick Motorsports team includes five primary races annually through the 2015 Sprint Cup season. Additional sponsorship will be announced at a later date.