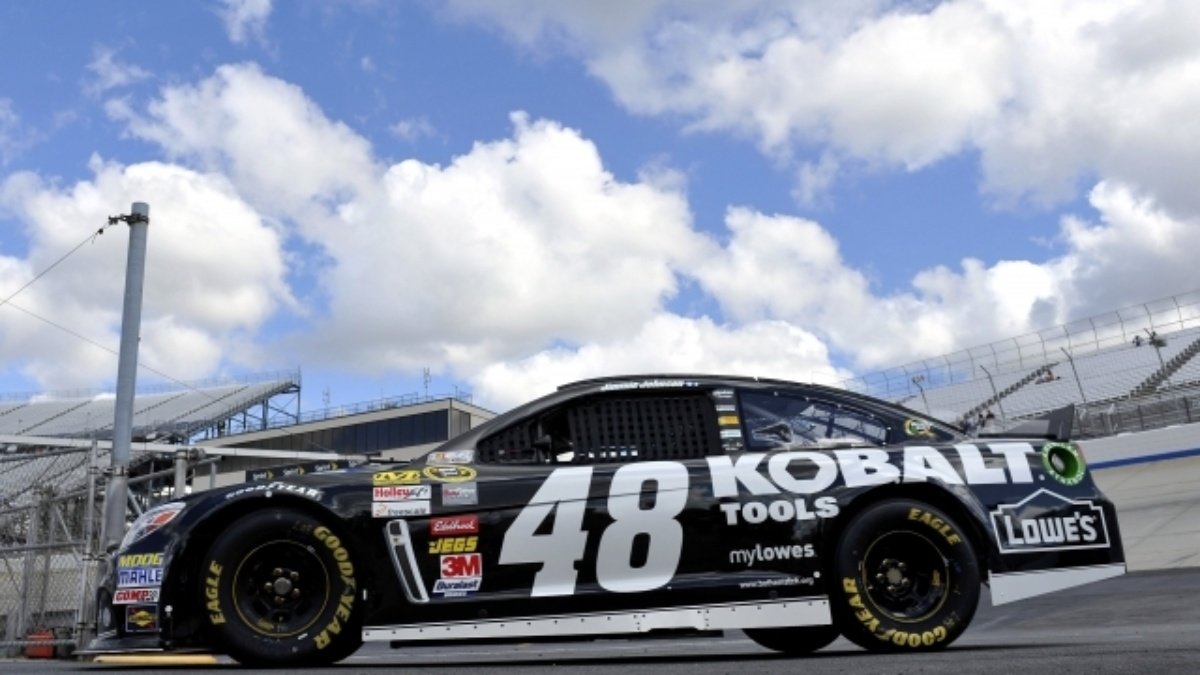 With the victory, Johnson improves to second in the 2013 Chase for the NASCAR Sprint Cup standings. He also becomes the all-time leader in wins at four tracks – Dover, Fontana, Calif., Las Vegas and Phoenix. He is tied for first with Hendrick Motorsports teammate Jeff Gordon at Indianapolis Motor Speedway and Kansas Speedway.

Earnhardt couldn't close the gap on Johnson, but held on for the runner-up result. Hendrick Motorsports now has 35 one-two Cup finishes, including four at Dover. Gordon followed his teammates on Sunday in fourth, while Kasey Kahne finished 13th.

Here are the results by team:

Kasey Kahne, No. 5 Farmers Insurance Chevrolet SS
Race finish: 13th.
Chase standings: 13th.
Recap: Kasey Kahne lined up 20th on Sunday at Dover International Speedway and overcame an initial tight-handling condition to run 17th by Lap 35, when the first caution flag waved. Kahne stopped for four tires, fuel and a quick chassis adjustment and restarted 18th on Lap 42. A long green-flag period unfolded, and Kahne climbed to 12th by Lap 121. Crew chief Kenny Francis radioed that Kahne was clocking fast lap times, and despite the reoccurrence of the tight-handling condition, Kahne held steady in the top 14. He took advantage of a Lap 164 caution period for four tires, fuel and another chassis adjustment. Kahne improved two spots to 12th before a Lap 226 caution period afforded another opportunity for tweaks to the No. 5 Chevy SS. With another set of Goodyear tires, fuel and adjustments, Kahne returned to the track in 14th and reported his No. 5 Chevy SS felt good. Kahne ran inside the top 15 but wasn’t able to make up substantial ground. With nine laps remaining in Sunday’s race, he reported a possible engine issue but held on to finish 13th.

Jeff Gordon, No. 24 Axalta Coating Systems Chevrolet SS
Race finish: Fourth.
Chase standings: Fifth.
Recap: Jeff Gordon rolled off the grid 16th on Sunday at Dover International Speedway and used the inside line to close in on the 11th spot by Lap 30. Seven laps later, Gordon pitted from 11th for four tires, fuel and a small adjustment to help the handling of the No. 24 Axalta Coating systems Chevrolet SS. He left running 12th and improved to ninth within the first two laps of the restart. The tight-handling condition soon resumed, but Gordon kept climbing, running seventh by Lap 100. He led two laps before making his green-flag stop on Lap 120 for four tires, fuel and further adjustments. Running eighth back on the track, Gordon reported that his No. 24 Chevy SS had shifted to loose. The No. 24 team took advantage of a Lap 164 caution period to further tweak the No. 24 Chevy SS, and Gordon was happier with the changes. He restarted seventh. One caution period, some more changes and 100 laps later, Gordon was running third behind teammates Jimmie Johnson (first) and Dale Earnhardt Jr. (second). Gordon cycled through green-flag pit stops with the field and remained third. Crew chief Alan Gustafson reassured Gordon their fuel situation wasn’t dire as the four-time Dover victor circled the one-mile concrete oval. Gordon held on to finish fourth.

Jimmie Johnson, No. 48 Kobalt Tools Chevrolet SS
Race finish: First.
Chase Standings: Second.
Recap: Jimmie Johnson, previously seven-time victor at Dover International Speedway, opened Sunday’s 400-lap contest from the eighth spot. The driver of the No. 48 Kobalt Tools Chevrolet SS cracked the top five on Lap 32 and opted to hit pit road when the caution flag was waved on Lap 37 for debris. With four fresh tires and fuel, Johnson gave up four spots and restarted 11th on Lap 42. He was running second 50 laps later and chasing teammate Dale Earnhardt Jr. Johnson shuffled into the lead on Lap 120 after green-flag stops and paced the field for 46 circuits before the caution flag was waved on Lap 166 for debris. Undaunted, Johnson overcame an issue with his splitter to take the lead back from Matt Kenseth on Lap 198. Johnson held the top spot again, even through an ensuing green-flag pit stop thanks to swift work by the No. 48 team. He continued to set the pace as the No. 48 team helped address continually evolving handling conditions. On Lap 319, Johnson radioed to his team that he didn’t “have it on the short run.” His runs around Dover would begin on the free side before becoming tighter. When the caution flag waved on Lap 370, the No. 48 team opted for two tires and fuel. Johnson returned to pace the field and tried to stretch out his lead at the drop of the green flag. He held off a hard-charging Earnhardt to win his eighth victory at the one-mile concrete oval.

Dale Earnhardt Jr., No. 88 National Guard Chevrolet SS
Race finish: Second.
Chase standings: 10th.
Recap: Dale Earnhardt Jr. opened Sunday’s Sprint Cup event from the pole position and immediately paced the field for the first 25 circuits at Dover. The driver of the No. 88 National Guard Chevrolet SS began lapping the field by Lap 18. Six circuits later, Earnhardt gave up the lead while negotiating lapped traffic and working with a tight-handling condition. Still, Earnhardt remained within reach of the top spot and reclaimed it on Lap 31. Seven laps later, the caution flag was waved for debris and Earnhardt told his crew his car was handling good. He hit pit road for four tires and a chassis adjustment to help the handling in traffic and dropped to fifth as a result. The stall was temporary, though, and Earnhardt resumed leading on Lap 76. He paced the field for another 42 circuits before attempting to make his green-flag stop. Earnhardt missed pit road, which cost him some time, but he hit pit lane the next time by for four tires, fuel and adjustments. He remained inside the top five and benefited from a caution period on Lap 164 for further adjustments. This time, after taking four tires, fuel and a round of wedge, Earnhardt left in fourth. Earnhardt stayed inside the top five as the race unfolded and was battling for second by Lap 237. He won that spot and stayed out to lead Lap 312 before making a green-flag pit stop for four tires, fuel and further adjustments. When the caution flag waved on Lap 370, Earnhardt made his way down pit road for four tires and fuel and left running in fourth. Most of the field opted for two tires and fuel, but Earnhardt, took advantage of the No. 1 pit stall, to get a little extra boost from four fresh tires. He restarted fourth and immediately moved into second behind Johnson. Earnhardt narrowed Johnson’s lead in the closing laps but was unable to catch him and took runner-up honors.