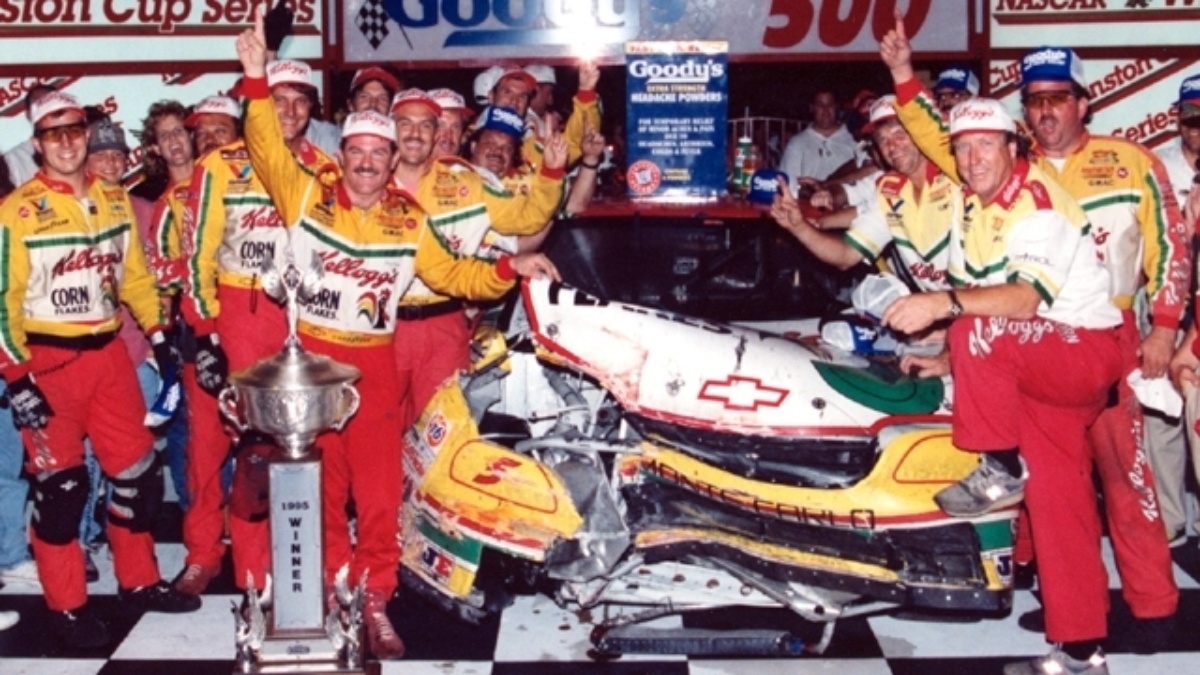 Join HendrickMotorsports.com for a look back at Hendrick Motorsports’ three night victories at Bristol (Tenn.) Motor Speedway. This second installment shares highlights from the 1995 event at the .533-mile oval.

BRISTOL, Tenn. –The Saturday night race at Bristol Motor Speedway always has had a knack for being one of the most action-packed races on the NASCAR Sprint Cup schedule. For Terry Labonte, former driver of the No. 5 Hendrick Motorsports Chevrolet, the Aug. 26, 1995, event was no exception.

Labonte started from the outside pole position that day and ran inside the top five throughout the 500-lap event. Crew chief Gary DeHart utilized a two-tire strategy just shy of halfway to move Labonte into third and give him what he needed to make a run for the win. Within 45 laps, Labonte had slid by Darrell Waltrip for second and was racing Dale Jarrett for the lead. Labonte ultimately passed Jarrett on the inside for the top spot with 69 laps remaining.

Labonte paced the field, but Dale Earnhardt Sr. was closing in fast. Earnhardt, who started the race seventh, was in the process of recovering from a rough driving penalty and an overheating condition that sent him to the rear of the field. With 13 laps remaining, Earnhardt had moved into the second position and began to close the gap as Labonte struggled to pass lapped traffic on the half-mile oval. The distance between Labonte and Earnhardt was down to less than one second by the time the white flag was displayed. As the duo rounded the backstretch for the final time, Labonte’s rear-view mirror was full of Earnhardt’s car. Earnhardt made one last  effort to take the race lead and drove into Labonte’s left-rear as they exited Turn 4. The collision knocked the No. 5 Chevy sideways, but Labonte steered it across the finish line first. The dramatic victory was Labonte’s first at Bristol and the third for team owner Rick Hendrick at the half-mile oval.

“That was a finish wasn’t it?” Labonte told ESPN’s Dr. Jerry Punch in Victory Lane. “I tell ya. Our Kellogg’s Chevy ran great all night there. The lap cars, you know, were running side-by-side racing each other at the end and Dale caught me; gave me a little shot in the back there. I just stood on the gas and we beat him across the line. It was a good run for us.”