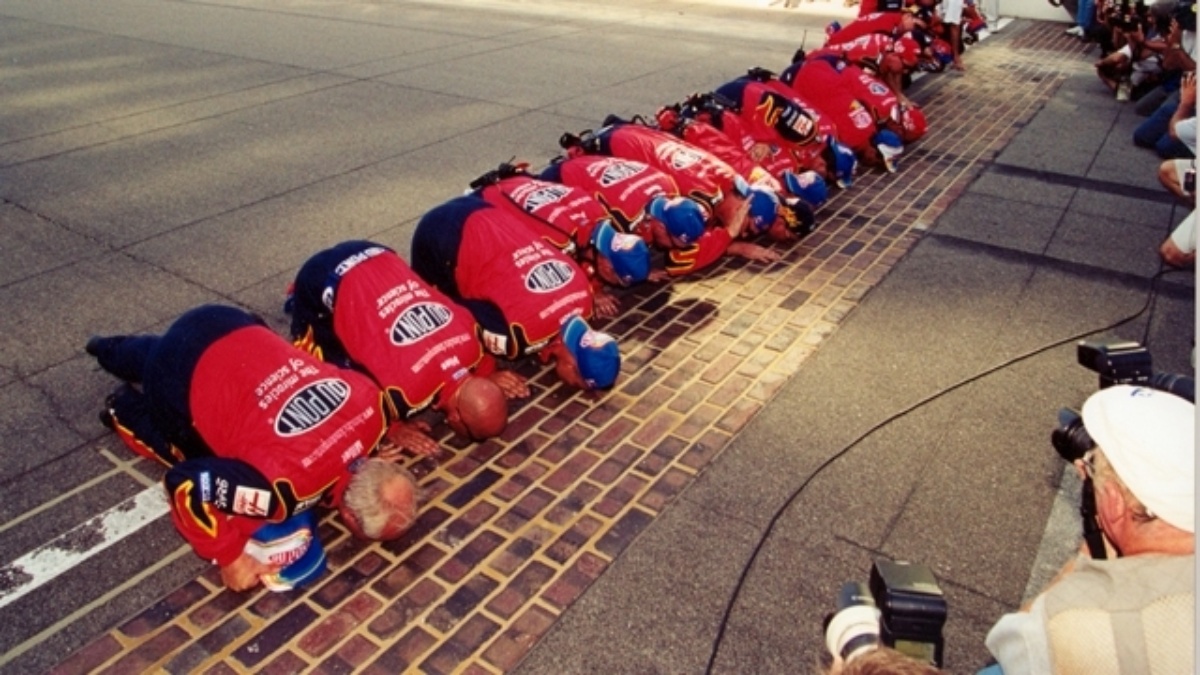 Join HendrickMotorsports.com this week for a look back on Hendrick Motorsports' eight Brickyard 400 victories. This third installment shares highlights from the 2001 event at Indianapolis Motor Speedway.

2001 Recap: Jeff Gordon lined up 27th for the Aug. 5, 2001, Brickyard 400 and took the lead for the first time during a round of green-flag pit stops on Lap 109. Following the stop, Gordon was shuffled back into the fifth position. His No. 24 team, led by crew chief Robbie Loomis, utilized a two-tire change during the sixth caution period of the afternoon to pick up another three spots. Gordon lined up second for the ensuing restart and dove to the inside of race leader Sterling Marlin in Turn 1 to reclaim the lead and drive away from the field. Gordon led the final 25 laps en route to his third career victory at the famed 2.5-mile rectangular oval. With the win, Gordon became the first driver to win three NASCAR races at Indianapolis. Entering the 2013 Brickyard 400, Gordon’s 27th starting spot is still the deepest an eventual winner of the 400-mile event has started.

“It feels unbelievable,” Gordon told NBC Sports’ Bill Weber in Victory Lane. “I mean…to have all of these people still here cheering us on I got choked up in the car. It feels amazing. I love Indianapolis. I love the state of Indiana. It’s been so good to me. Want to say to all the folks out in Pittsboro, I know they’re excited and gonna be celebrating tonight. You know, I don’t know. Sometimes things just work in your favor and certainly today all the right things did. I didn’t think we had the car to do it but (crew chief) Robbie Loomis, (engineer) Brian Whitesell, all the guys on this DuPont Chevrolet team did a phenomenal job today.”

Gordon closed the 2001 season with his fourth Cup championship on the strength of six wins, 18 top-five finishes and 24 top-10s.