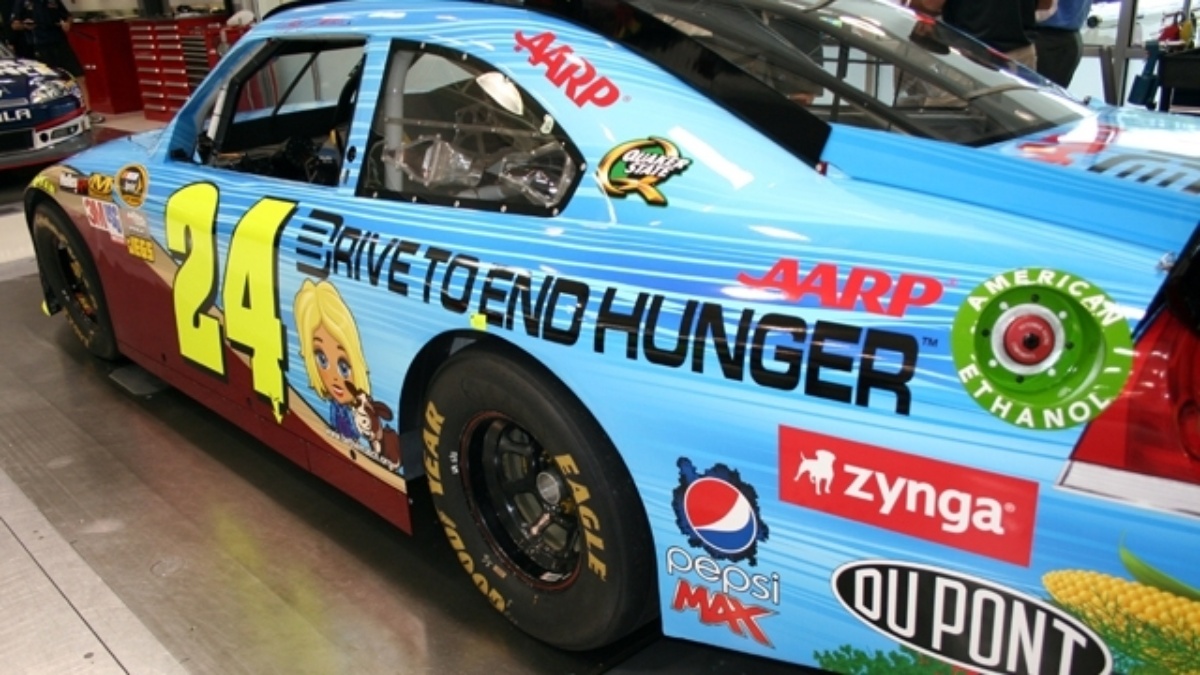 For a limited time, players of Zynga’s FarmVille game will be able to boost their scores and improve their harvests while helping the nearly 9 million older Americans who face the risk of hunger.  FarmVille, one of the most popular social networking games on Facebook, gives players the opportunity to build and grow their own virtual farms, while connecting with friends and family.  Players advance by successfully growing and harvesting crops and raising livestock.

Players will be able to keep and use the exclusive Drive to End Hunger tractor and grocery tree after the promotion ends September 7.  Zynga and Facebook will donate all proceeds from the sale of these in-game virtual goods to AARP Foundation in support of Drive to End Hunger.

“We are thrilled to join Drive to End Hunger and Jeff Gordon to bring the issue of hunger among older adults to FarmVille players,” said Ken Weber, executive director of Zynga.org.  “Through Zynga.org, Zynga players have contributed millions of dollars through their favorite games to benefit organizations working to help those in need.”

“At its heart, Drive to End Hunger is about connecting people to solutions and each other, so AARP and AARP Foundation are excited to team up with Zynga, a leader in social gaming, to help benefit the 9 million older Americans who face the threat of hunger,” said Jo Ann Jenkins, president, AARP Foundation.

The collaboration with Zynga marks another NASCAR first for Drive to End Hunger, which became the sport’s first primary cause-based sponsorship beginning in the 2011 season.  Since AARP and AARP Foundation launched Drive to End Hunger, the initiative has donated more than 12.9 million meals and driven corporate and individual donor commitments with an expected value of $16.9 million.