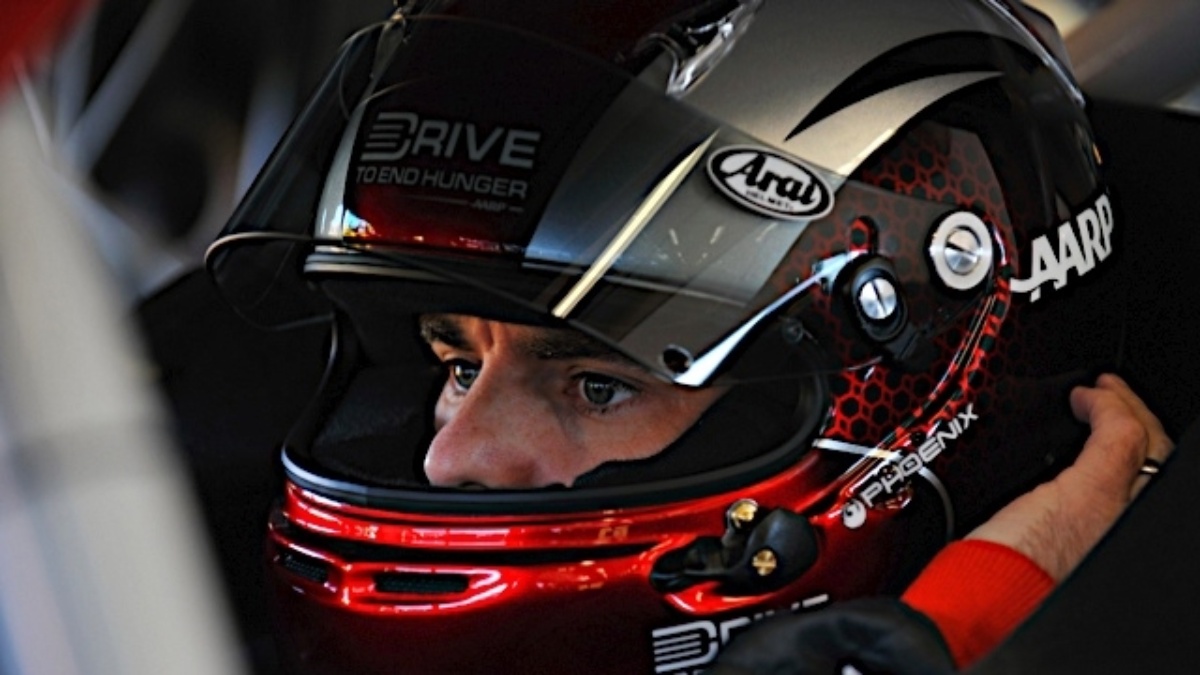 The driver of the No. 24 Drive to End Hunger Chevrolet moved into the lead at Pocono Raceway after surviving a wild restart on Lap 91. And while Gordon’s climb from his 27th starting spot was just plain hard work; the ensuing rain that poured onto the 2.5-mile Tricky Triangle and sealed his win was more like luck.

Within a few minutes of the heavy thunderstorms, NASCAR officials declared the race official, and Gordon earned his first victory of the 2012 Sprint Cup season and the third straight for Hendrick Motorsports. All four of the organization's drivers now have reached Victory Lane, a feat Hendrick Motorsports most recently accomplished in 2007. Gordon now catapults into contention for a wild card spot in the Chase for the NASCAR Sprint Cup, which could put all four Hendrick drivers in the postseason playoff for the first time.

“We won races like this here before, and man, I tell you what, the way our year is going, we’ll definitely take it like this,” said Gordon, who now ranks first in all-time victories with six career wins at Pocono.

“We knew that restart was going to be key,” said crew chief Alan Gustafson, who celebrated his birthday on Sunday. “Obviously everybody did. Jeff got a great restart, and those other guys had an issue. Maybe, just maybe, we might catch a break here.”

Gordon’s teammate Kasey Kahne also was fortunate during the restart and followed the No. 24 Chevrolet safely through the melee. Despite a flat right-rear tire, Kahne managed to steer his No. 5 Farmers Insurance Chevrolet in the runner-up spot until the race was called. With the second-place finish, Kahne continues his quest for the wild card spot in the Chase for the NASCAR Sprint Cup. He also gives Hendrick Motorsports its 32nd one-two finish and first at Pocono.

Jimmie Johnson, caught up in the incident on Lap 91, finished 14th, while Dale Earnhardt Jr. sustained an early transmission issue and took 32nd. Johnson ranks fourth and Earnhardt remains the leader in the driver standings.

Sunday’s race opened with a two-hour rain delay, but the outlook was bright initially for Hendrick Motorsports. Earnhardt took the lead within the first 10 laps and all four teammates were running inside the top 10 by Lap 35.

Nearly 10 laps later, Johnson slipped by Earnhardt and stretched out a 2.060-second lead over the driver of the No. 88 Chevrolet.

Johnson and Earnhardt hit pit road on Lap 48 for four tires, fuel and adjustments. When the teammates returned to the 2.5-mile tricky triangle, Johnson returned to pace the pack, but Earnhardt encountered a serious handling issue. The No. 88 Chevrolet struggled to get up to speed, and Earnhardt radioed to crew chief Steve Letarte during the ensuing lap that he was experiencing a transmission issue – he couldn’t get into third or fourth gear. Letarte instructed Earnhardt to report to the garage, where Earnhardt climbed out of the No. 88 Chevrolet and began to help his team jack the car to begin the repair process.

“We didn’t have third or fourth gear, so we have to change the transmission,” Earnhardt said. “I know the guys in the transmission shop are disappointed – we don’t ever break parts. We put it in yesterday during qualifying, and it was fine. Then when the race started, it was kind of progressive and there was a bit of a vibration. The car was really out of time, and it just starting missing some shifts and wouldn’t get into gear.

“It’s tough. We had a good run going with the Diet Mountain Dew/National Guard Chevrolet. It was pretty fast. Jimmie has the quickest car out there, but I thought we might have had something for him with a few adjustments.”

Meanwhile, Gustafson radioed to Gordon that he was the best driver on the track as the driver of the No. 24 Chevrolet climbed to run fifth by Lap 66. Gustafson also told Gordon that rain was about 45 minutes away.

Earnhardt’s team completed the transmission change within 18 laps and the No. 88 Chevrolet rolled onto the track at Lap 69 with Johnson still leading, Kahne running third and Gordon in fifth.

With rain still looming on the radar at the halfway point, Johnson had stretched out his lead to three-plus seconds on the field. Crew chief Chad Knaus radioed for his driver to save fuel in the No. 48 Chevy. Kahne and Gordon followed Johnson in sixth and seventh, respectively

The caution flag waved at Lap 86 when another competitor hit the wall. After pit stops, Gordon and Kahne lined up on the third row for the restart behind first-place Johnson, who got loose getting into the turn. Johnson slipped up the track and made contact with another competitor, triggering a multi-car incident. Gordon and Kahne slipped through apparently unaffected, while Johnson sustained minor damage to his No. 48 Chevrolet. When the smoke cleared, Gordon was declared the new leader.

Kahne sustained a flat right-rear tire after the scuffle, and crew chief Kenny Francis instructed the driver of the No. 5 Farmers Insurance Chevrolet to keep running as long as he could to maintain position since the rain was quickly approaching. Francis knew if the rain arrived, the race likely would be called and the No. 5 team could leave with a much-needed runner-up finish.

Within a few laps of the caution period, the heavy rain prompted NASCAR to halt on-track action. A short while later, the race was declared official.