Byron gets ride from Andretti, catches up with Johnson

Elliott to line up eighth at Indianapolis

Byron thanks first responders, others after transporter fire 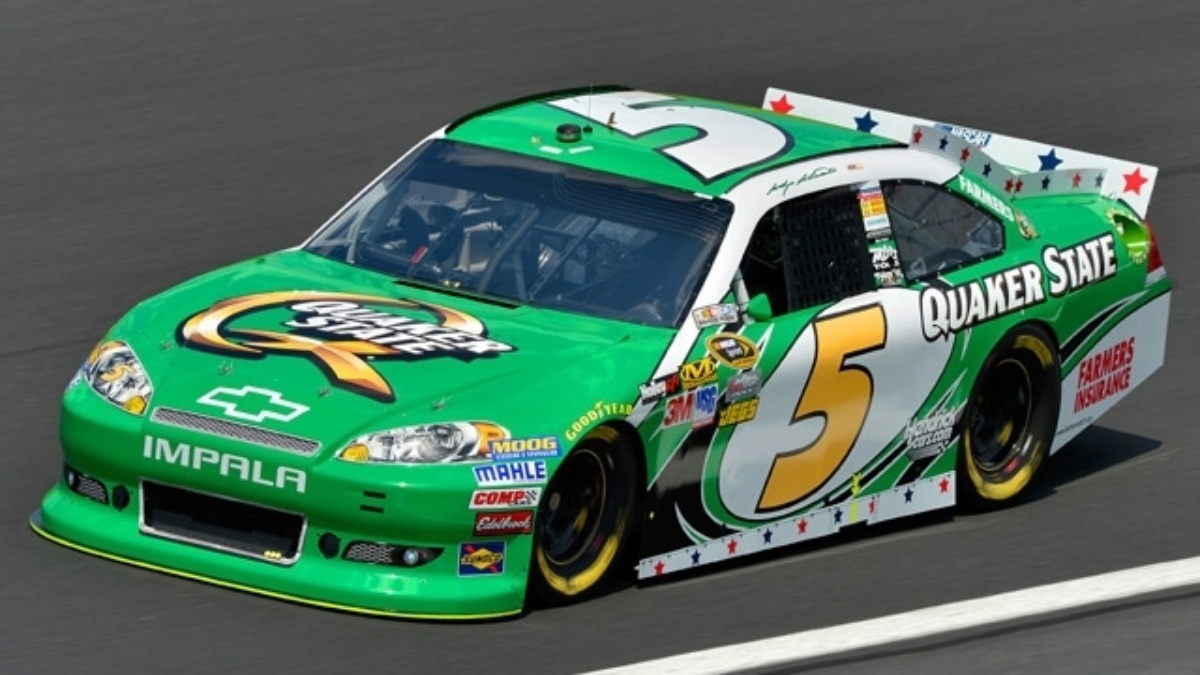 “It feels really good,” said Kahne, who now has a career-best four victories at Charlotte. “It’s so special and awesome to drive for Rick and Linda Hendrick. For them to make me part of their company, it’s unbelievable. Our Hendrick engine was awesome. I had a brand new car that so many people put a lot of effort into.”

Driving Hendrick Motorsports’ original entry, Kahne lined up seventh for his 300th career Cup start. He remained inside the top 10 with teammates Johnson and Earnhardt as his team fine-tuned the handling on the No. 5 Chevrolet. Meanwhile, his teammate Gordon was the biggest mover early in the race and climbed from his 23rd starting spot to run ninth within the first 100 laps. The driver of the No. 24 Drive to End Hunger Chevrolet claimed the lead on Lap 135 as the drivers cycled through green-flag pit stops and held on to pace the field for four laps.

On Lap 220, Kahne made his move to the leader spot and paced the field for two laps during another round of green-flag stops. Sixty-one laps later, the driver of the No. 5 Chevrolet was running away with the lead again.

With 50 laps left in Sunday’s race, the Hendrick Motorsports teammates had the handling down on their Chevrolets, and the drivers accounted for four of the 10 cars running on the lead lap. Kahne was leading the field, while Johnson was running third, Earnhardt fourth and Gordon in eighth.

On Lap 354, Kahne made his way down pit road for a quick adjustment and four tires. The No. 5 team quickly addressed the issues and sent Kahne back onto the track in the lead, while Johnson’s efficient two-tire stop was affected after he left his pit stall with the gas can still engaged. Johnson served a stop-and-go penalty and returned to the track in the rear of the field.

Earnhardt, meanwhile, stopped during the same caution period without incident in his No. 88 National Guard-An American Salute/Diet Mountain Dew Chevrolet and returned to join leader Kahne in the top 10. Gordon’s No. 24 team addressed a handling issue during his stop one lap later, and the driver of the No. 24 Drive to End Hunger Chevrolet remained eighth.

Johnson began his climb through the field, and his Hendrick Motorsports teammates maintained their positions inside the top 10. Johnson drove the No. 48 Lowe's Patriotic Chevrolet through the field to finish 11th.

“We had a couple little mistakes on pit road tonight, and it took us out of a chance for a top three there, but it happens,” said Johnson, who ranks fifth in the driver standings. “Last week, it couldn’t have gone any better. But these guys will work their tails off this week, and we’ll get those things corrected.”