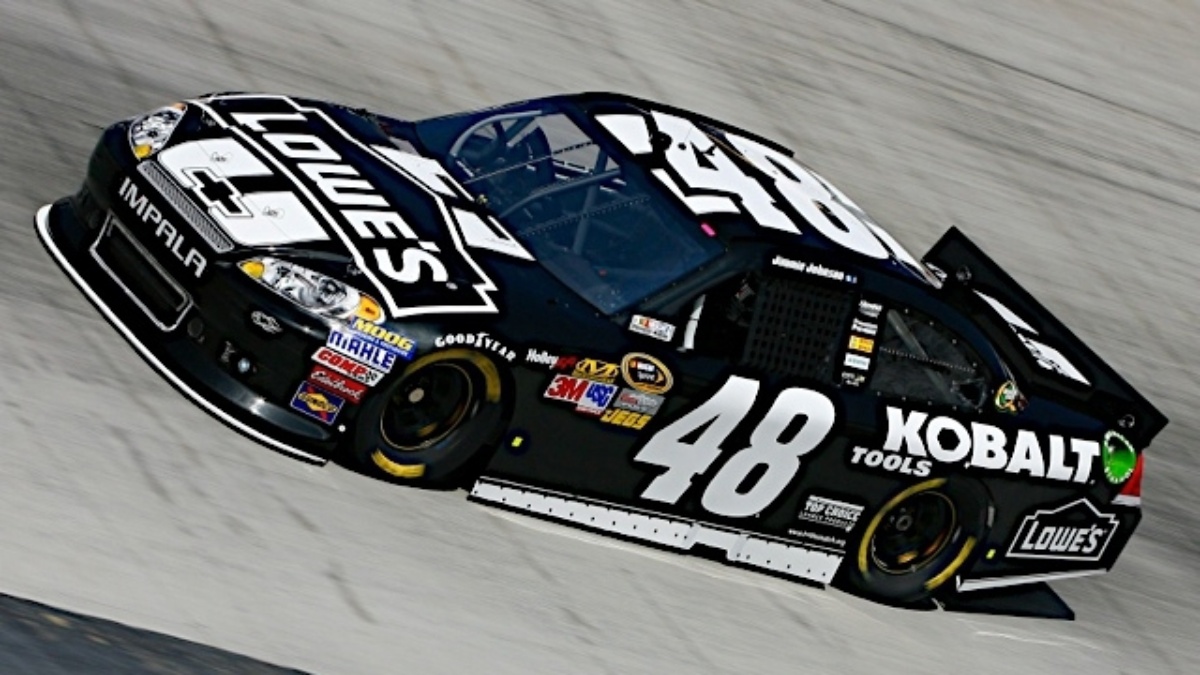 BRISTOL, Tenn. – Jimmie Johnson scored the ninth-place finish during Sunday’s NASCAR Sprint Cup Series event at Bristol Motor Speedway to climb six spots in the driver standings. His Hendrick Motorsports teammates weren’t quite as fortunate as their runs were affected by a variety of issues during the 500-mile event. Dale Earnhardt Jr. finished 15th after being dealt a late-race pit road penalty, while Jeff Gordon took 25th and Kasey Kahne finished 37th after being involved in separate on-track incidents.

Kahne lined up 10th on Sunday and held his position there when he was collected in a six-car incident on Lap 23 in Turn 1. The driver of the No. 5 Farmers Insurance Chevrolet reported to the garage area at Bristol, where his team worked to repaired the damage.

“I hate it for everybody,” Kahne said while his crew made repairs Sunday. “It’s really discouraging to have as fast of race cars as I’ve had and not have anything to show for it.”

After an extensive, yet efficient session behind the wall, the No. 5 Chevy was ready to return to the short track. Kahne resumed racing and crossed the finish line 37th. He now ranks 32nd in the driver standings.

After the initial pileup, Sunday’s race ran under relatively green-flag conditions. Earnhardt and crew chief Steve Letarte employed pit strategy early and improved 13 spots within the first 85 laps. By Lap 85, Earnhardt was running fifth in his No. 88 National Guard/Diet Mountain Dew Chevrolet. As the race unfolded, Earnhardt maintained his position inside the top 10 while his crew addressed a handling issue through various chassis adjustments.

The caution flag was thrown just twice within the first half of the race, so when a single-car incident occurred on Lap 342 in Turn 4, the Hendrick teammates were in need of pit stops. Gordon, Earnhardt and Johnson hit pit road for four tires, fuel and various chassis adjustments before returning to the field inside the top eight. Gordon was fifth, while Earnhardt was seventh and Johnson eighth.

On the Lap 347 restart, Gordon, running fifth, battled with the third- and fourth-place contenders, while Earnhardt improved to run alongisde the driver of the No. 24 Chevrolet. With 144 laps to go, the Hendrick teammates began competing for the fifth position. Gordon maintained the edge until Lap 363, when the teammates made contact while running side-by-side on the racetrack. The light contact was enough to cause Gordon’s left-rear tire to go down and spin the No. 24 Chevrolet. Earnhardt asked crew chief Steve Letarte over the radio to apologize to Gordon for the contact.

“I think we bumped more than we should have is the way it looks like,” Gordon said after watching the replay. “We definitely didn’t hit in the right location, because I think the tailpipe or something just cut the left-rear (tire) immediately. We didn’t hit that hard. We were a little bit too tight, and he was pretty good on the restart there, and we were racing hard. I know that it wasn’t intentional, but it certainly ruined our day. I hate it for Drive to End Hunger. I encourage everybody to text ‘hunger’ to 50555. I hate it for this race team. There were times we had the best car out there, and I think we could have got back to the front before this thing was over.”

Gordon, who led one lap during Sunday’s 500-mile event, returned to the racetrack with less than 40 laps to go. He was scored with the 25th-place finish. He now ranks 23rd in the driver standings.

After Gordon’s incident, the field returned to green-flag racing on Lap 372. Earnhardt restarted in fifth and Johnson was still running eighth, which is where the duo would remain during the next 100 laps. With 30 laps to go, Letarte radioed to Earnhardt that he needed to save about three laps of fuel if he could. The driver of the No. 88 National Guard/Diet Mountain Dew Chevrolet began to pace himself, slipping one spot into the sixth position.

The caution flag waved with 23 laps to go, and the Hendrick teammates took advantage of the yellow-flag period for another pit stop. During the stop, however, NASCAR determined Earnhardt was speeding entering pit road. The penalty sent Earnhardt to the rear of the field, which is where he lined up for the restart. Johnson lined up 10th in his No. 48 Lowe's Kobalt Tools Chevrolet.

When the green flag dropped, Earnhardt improved to finish 15th, while Johnson earned one position to take ninth.

“We were fast all weekend – real happy with the way the National Guard/Diet Mountain Dew Chevrolet ran all day,” said Earnhardt, who now ranks sixth in the driver standings. “We sped on that last stop, I guess. (But) We ran hard, worked hard all day, and I hate what happened to Jeff. We were racing really hard. If there’s a track where you can lean on each other a little bit, this oughta be the place. But we barely rubbed on the back straightaway.

“To me, it was good hard racing, and the pipes on my car cut the left-rear tire down, and I feel terrible that that happened to my teammate. Those guys were working really hard, and they were running really good. But there’s four of us out there. We’re bound to run into each other and race each other once in a while. I’m frustrated about the finish, but we did run good. We ran better this year here than we did last year. Things are looking up for our team.”

Johnson, who picked up his third straight top-10 finish with the ninth-place result, was happy with how his team performed Sunday. He improved six spots and now ranks 17th in the driver standings.

“It wasn’t too bad,” Johnson said. “We had a tough qualifying effort and a tough practice, but we had a competitive car, a top-five car. I don’t think we had anything for the win, but we definitely had a top-five car.”

Next, the Sprint Cup Series heads for Auto Club Speedway. That race will be televised Sunday, March 25 at 3 p.m. ET on FOX.