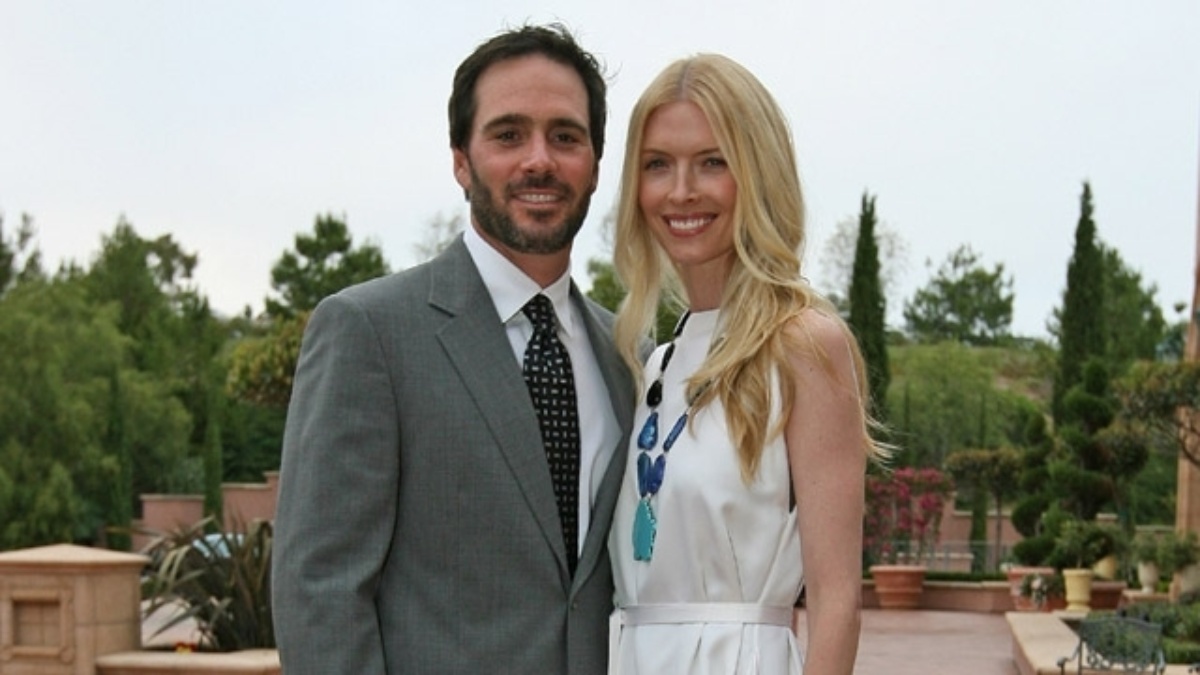 MUSKOGEE, Okla. – In their first official foundation visit to Oklahoma, reigning five-time NASCAR Sprint Cup Series champion Jimmie Johnson and wife, Chandra, a Muskogee native, announced the recipients of more than $520,000 in education grants. The Jimmie Johnson Foundation/Lowe's Toolbox for Education Champions Grants are awarded to deserving K-12 public schools in the Johnsons' hometowns and where they currently reside. The Johnsons were joined by Chris Waller, Market Director, from Lowe's for the presentation.

The Johnsons announced the recipients of the donations totaling $521,198 at a special ceremony at Sadler Arts Academy in Muskogee. Sadler Arts was one of four Muskogee programs awarded a grant. The school received $30,257.28 to extend their outdoor classroom (funded by a 2009 Champions Grant) by adding a fitness walk with experiential learning stations.

"Giving back in my hometown is extremely important to me," said Chandra Johnson, co-founder of the Jimmie Johnson Foundation. "We have been able to fund projects at nine of the fourteen schools that comprise the Muskogee Public School system over the past three years. I am thrilled to be able to see first-hand the completed projects, and to meet the students who have benefited from them. We are eager to watch this year's projects come to life."

The fitness walk will include racing themed stations, a sensory garden and a technology station. Students will have the opportunity to move their bodies while simultaneously engaging their minds. The area will serve as a bridge from the school yard to the classroom.

"We are ecstatic to be awarded funding by the Jimmie Johnson Foundation for the second time," said Ronia Davison, Principal at Sadler Arts Academy. "The walk way and STEM stations will engage our students in the critical components of mental and physical fitness giving them the capacity to be productive global citizens of the 21st Century. Not only have Chandra and Jimmie Johnson contributed to our school financially and academically, but they have promoted the importance of giving back to the community."

In addition, the Johnsons unveiled the new logo for the Champions Grant program.

This year, the Champions Grant program received more than 80 applications from eligible school districts in California, Oklahoma, and North Carolina. Grant awards included $254,585 toward science and technology needs, $126,561 for playgrounds and athletic facilities, $56,022 toward trade-based programs, and $84,030 toward language and literacy initiatives.

"Jimmie and Chandra Johnson have proven to be great partners with Lowe's both on and off the track as we commit to support education throughout the country," said Marshall Croom, chairman of Lowe's Charitable and Educational Foundation. "We know the grants in California, North Carolina and Oklahoma will fulfill important needs in these schools."

For complete details on the 2011 projects, please visit www.jimmiejohnsonfoundation.org.