Anderson honored as Round of 16 Mechanix Wear All-Star

'Keeping it simple' the strategy for No. 9 mechanic Smith 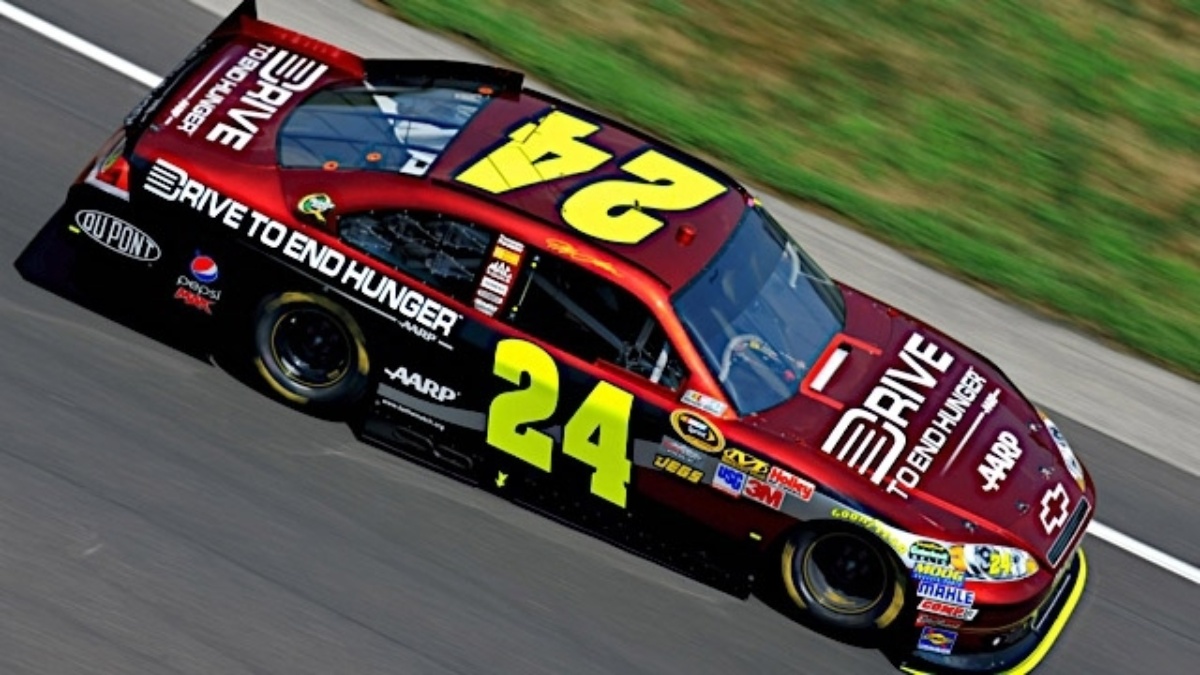 Chase announced earlier this year it will donate $0.03 for each purchase made with the AARP Visa Card from Chase, as well as $1 for each new account opened — up to $2 million each year through 2012 — to AARP Foundation for Drive to End Hunger.  The AARP Visa Card and Chase logo will appear on the No. 24’s hood and trunk lid in support of Drive to End Hunger at the Sept. 10 and Oct. 2 events.

“Chase is excited to strengthen our long-running relationship with AARP through support of Drive to End Hunger,” said Emelie Smith Calbick, general manager of Chase Card Services. “This NASCAR sponsorship is a great way to raise awareness and galvanize support for the important fight against hunger among older Americans.”

AARP Foundation also announced it has now raised more than $12 million for Drive to End Hunger through individual and corporate donations in 2011.  To date, Drive to End Hunger has provided more than 3.2 million meals for hungry older Americans through local hunger relief organizations.  In addition, the Foundation is accepting applications for its hunger innovation grants, which will award between $50,000 to $300,000 to organizations focused on sustainable solutions to end hunger.

“We’re so proud of what we have accomplished with the help of companies like Chase, individual donors and the entire NASCAR community,” said AARP Foundation President Jo Ann Jenkins.  “Just last week, we learned hunger among older Americans has increased nearly 80 percent since 2001.  Having Chase renew their support of this cause by joining us on the Drive to End Hunger Chevy will only help further AARP and AARP Foundation’s mission of helping Americans 50-plus.”

AARP Foundation recently released new research that found 8.8 million Americans 50 and older are at risk of hunger, including 4.9 million 50- to 59-year-olds.  A full copy of the report is available at www.aarpfoundation.org.