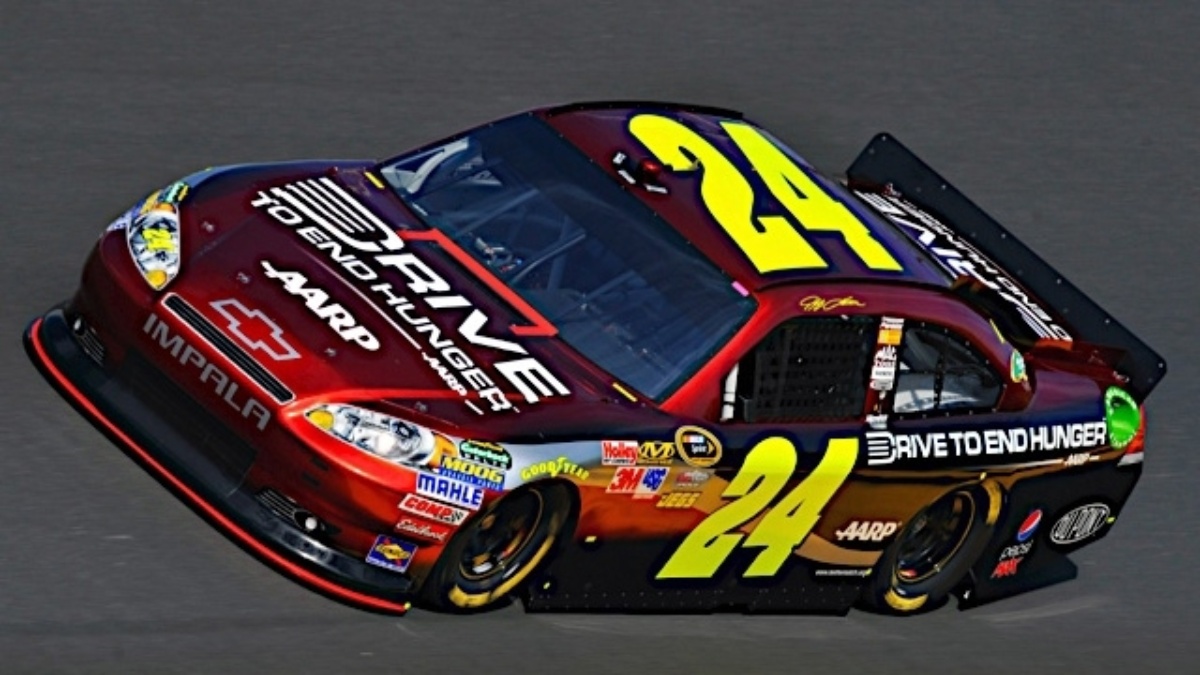 INDIANAPOLIS – Jeff Gordon earned his second runner-up finish of the 2011 season during Sunday’s NASCAR Sprint Cup Series event at Indianapolis Motor Speedway. All four Hendrick Motorsports drivers ran up front during the 160-lap event, but in the end it came down to Gordon and Mark Martin, who were running in the top three.

Gordon, who now owns 10 top-five finishes at the 2.5-mile track, spent the majority of the day running in the front of the pack. Just six laps into the 400-mile event, the driver of the No. 24 Drive to End Hunger Chevrolet started his charge for the lead. Gordon jumped between the first and second position throughout the majority of the race and led a total of 36 laps.

On Lap 135, Gordon pitted for two tires and fuel as the race came down to fuel-mileage strategy. With five laps to go Gordon again made his charge to the front, passing teammate Mark Martin and finishing second behind Paul Menard. Gordon, who holds the records for most wins (four), most top-five finishes and most top-10s (14) at Indianapolis, remains seventh in the championship standings.

Mark Martin, driver of the No. 5 Quaker State/GoDaddy.com Chevrolet, started 12th and finished eighth during Sunday’s Cup event. Martin, who currently owns 11 top-10 finishes at the super speedway, was running fifth with 25 laps to go; 10 laps later the veteran driver made it to third-place and battled for the lead. Martin, the only Hendrick Motorsports driver who elected to not pit under green flag, was passed by Gordon and ran out of fuel coming into turn three on the final lap.

Dale Earnhardt Jr. and Jimmie Johnson came down pit road with less than 30 laps to go. Both drivers received fuel; Johnson took four tires and Earnhardt took only two. The Hendrick Motorsports drivers were held off by the front of the field that did not pit and were unable to advance to the front of the pack where they had spent the majority of the day.

Earnhardt, who led seven laps, finished 16th in his No. 88 AMP Energy/National Guard Chevrolet. Earnhardt struggled to regain track position after pitting on Lap 130 and moves to 10th in the championship standings.

Johnson started the day third and led one lap at the legendary track, but finished the day 19th after he was held off by traffic leaving his last pit stop. The driver of the No. 48 Lowe’s/KOBALT Tools Chevrolet remains second in the championship standings after his 10th start at Indianapolis.