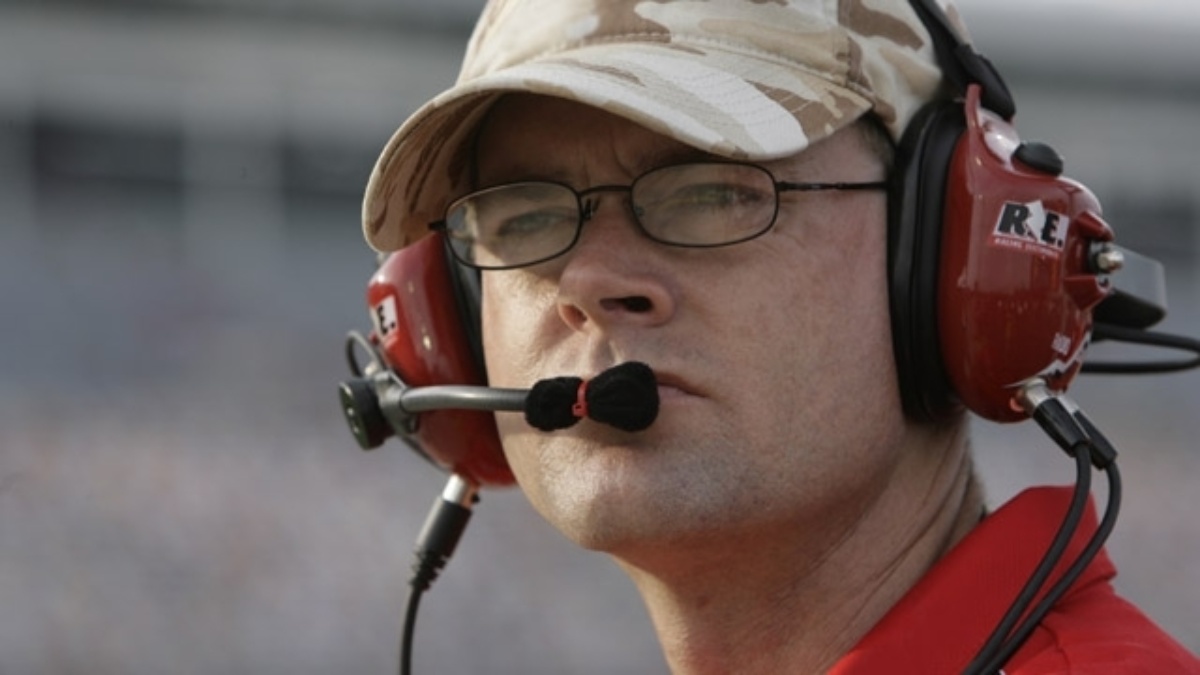 CONCORD, N.C.  – Veteran crew chief Kenny Francis will lead the No. 5 Sprint Cup Series team when driver Kasey Kahne moves to Hendrick Motorsports for the 2012 season. Francis will join the organization after the conclusion of the 2011 NASCAR schedule.

The 41-year-old Francis has 11 Sprint Cup victories as a crew chief, with all but one coming with Kahne behind the wheel. Since being teamed for the first time in the final race of the 2005 campaign, the pair has posted 10 wins, 13 pole positions, 34 top-five finishes and 71 top-10s at NASCAR’s elite level.

“Our people have a lot of respect for Kenny and what he’s accomplished,” said Rick Hendrick, owner of Hendrick Motorsports. “We know the chemistry is already there with Kasey, and there’s no doubt Kenny will communicate very well with our folks. He’s a character guy who brings an awful lot to the table as a crew chief. When we look at ‘fit factor,’ it’s a great situation.”

Francis, who holds a mechanical engineering degree from the University of Florida, debuted as a Sprint Cup crew chief in 2003. Throughout his career, the Jacksonville, Fla., native has worked in various capacities with multiple drivers, including NASCAR champions Bill Elliott and Dale Jarrett.

“Joining Hendrick Motorsports and continuing to work with Kasey next year is an opportunity I’m excited about,” Francis said. “He’s a championship-caliber driver and good friend, and I’m looking forward to building on our relationship. Mr. Hendrick has built an impressive team and culture, and it’s going to be fun to be a part of that when the time comes.

“I’m very optimistic about the rest of this season and focused on getting to Victory Lane with the No. 4 team. I want to thank Jay Frye and everyone with the organization for the chance to be part of such a great group of people. We still have goals to achieve there, and those are foremost on my mind right now.”

Lance McGrew, 43, will complete the 2011 Sprint Cup campaign as crew chief of the No. 5 Chevrolet team. After the season, he will remain in a key role with Hendrick Motorsports focusing on research and development and special projects, including work on the new Chevrolet Sprint Cup car scheduled to debut in 2013.

“Before the season started, I told Mr. Hendrick I was open to any role he wanted me to play moving forward,” McGrew said. “My goal has always been to contribute to the long-term success of this company however I can, period.

“Working with these guys on the No. 5 car is a real honor. Mr. Hendrick and everyone on the team is committed to winning races with Mark (Martin, driver), making the Chase and finishing the year on a high note. We have a lot of racing left to do in 2011, and we’re going to give it everything we’ve got.”

As a crew chief with Hendrick Motorsports, McGrew has won a Nationwide Series championship (2003) and posted wins in all three of NASCAR’s national series. He has been with the company since 2000.

“Lance is extremely talented and versatile,” Hendrick said. “There’s a ton of ways he’ll continue to impact the organization, from the 2013 project to what we’re doing with the performance car business. He’s like a member of the family, and he’ll be part of our team for a long time.”