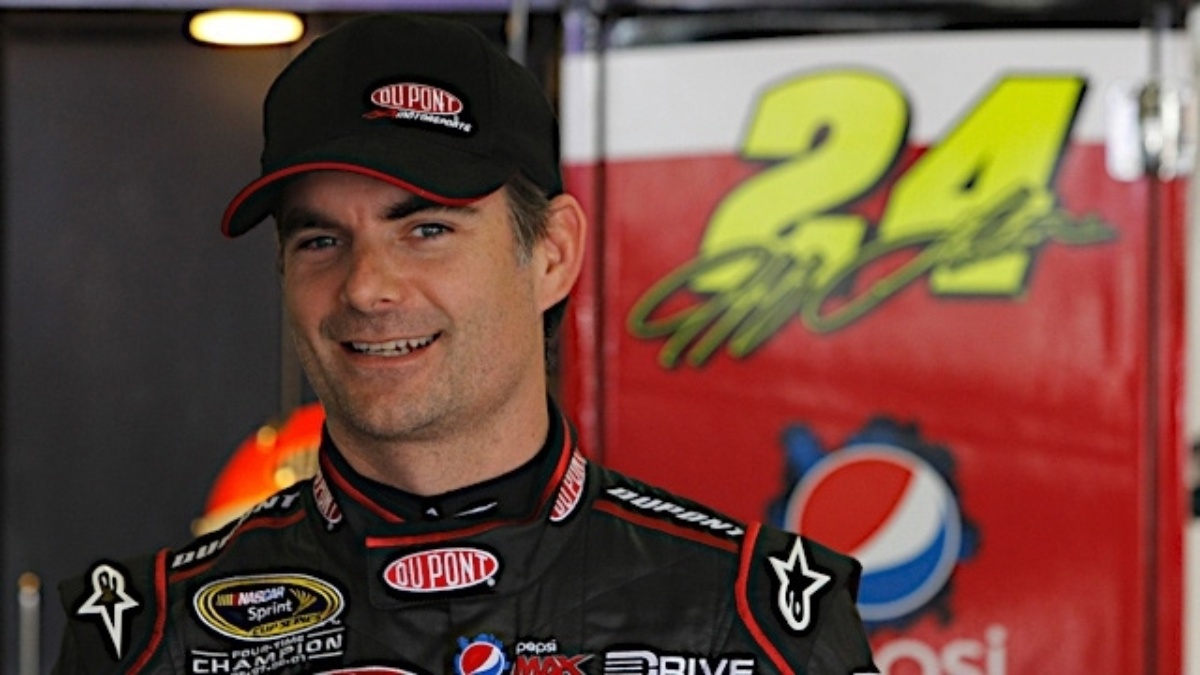 SONOMA, Calif. – As the NASCAR Sprint Cup Series event wound down Sunday afternoon at Infineon Raceway, Jeff Gordon was working his way through the field. Gordon improved 21 positions in the closing 40 laps to finish second at the 11-turn, 1.99-mile road course. Jimmie Johnson joined Gordon in the top 10 with a seventh-place finish, while Mark Martin took 19th and Dale Earnhardt Jr. was scored 41st.

Gordon, the all-time winner at the 1.99-mile road course, opened Sunday’s event from 13th in his No. 24 DuPont Chevrolet. He maintained his position inside the top 10 for the majority of the 110-lap race, occasionally slipping through the field during green-flag pit stops. His team continued to work on the No. 24 Chevy and propel Gordon through the field.

“It was as much a statement to ourselves as anybody else,” said Gordon, who now ranks ninth in the driver standings. “Great effort by this DuPont team, Alan (Gustafson, crew chief) and everybody else. We really missed the setup at the beginning of the race. I don’t know if the adjustments we made were that good or if the track position was just changing.

“We were fast. I think we were faster than the leader. That felt awesome to start there with old tires and work all that way into second. That was amazing.”

Track position and handling were two persistent issues most teams faced during Sunday’s race. Hendrick Motorsports’ teams worked diligently to dial in their Chevrolets. Johnson, who started 12th, was running inside the top 10 during the outset of the race. His No. 48 team worked on the Lowe’s/Jimmie Johnson Foundation Chevrolet to find the right combination. Johnson improved to finish seventh and now ranks third in the driver standings. Martin started 16th in his No. 5 Farmers Insurance/GoDaddy.com Chevrolet and held on to run in the top 25. He finished 19th and now ranks 14th in the driver standings.

Dale Earnhardt Jr. was scored with the 41st-place finish after being involved a mid-race accident that affected his No. 88 AMP Energy/National Guard Chevrolet. Earnhardt, who started the race 18th, was running in that same position when two cars ahead of him made contact, triggering a spin in Turn 11 on Lap 38. With nowhere to go, Earnhardt made contact with the spinning competitor.

Earnhardt immediately attempted to return to the racetrack, but his fuel pressure and water temperatures were affected to the point where he had no choice but to retire to the garage.

“They had a big ol’ mess getting into (Turn) 11, and we jumped in there and got part of it and banged up the nose a little bit,” Earnhardt said afterward. “It knocked a hole in the radiator, and it ended up hurting the engine a little bit so I think the engine is done. It has a hole in the side of it so that usually isn’t good.

“It was a really rough race but it was fun though. It just sucks to be out this early.”

Earnhardt now is ranked seventh in the driver standings.