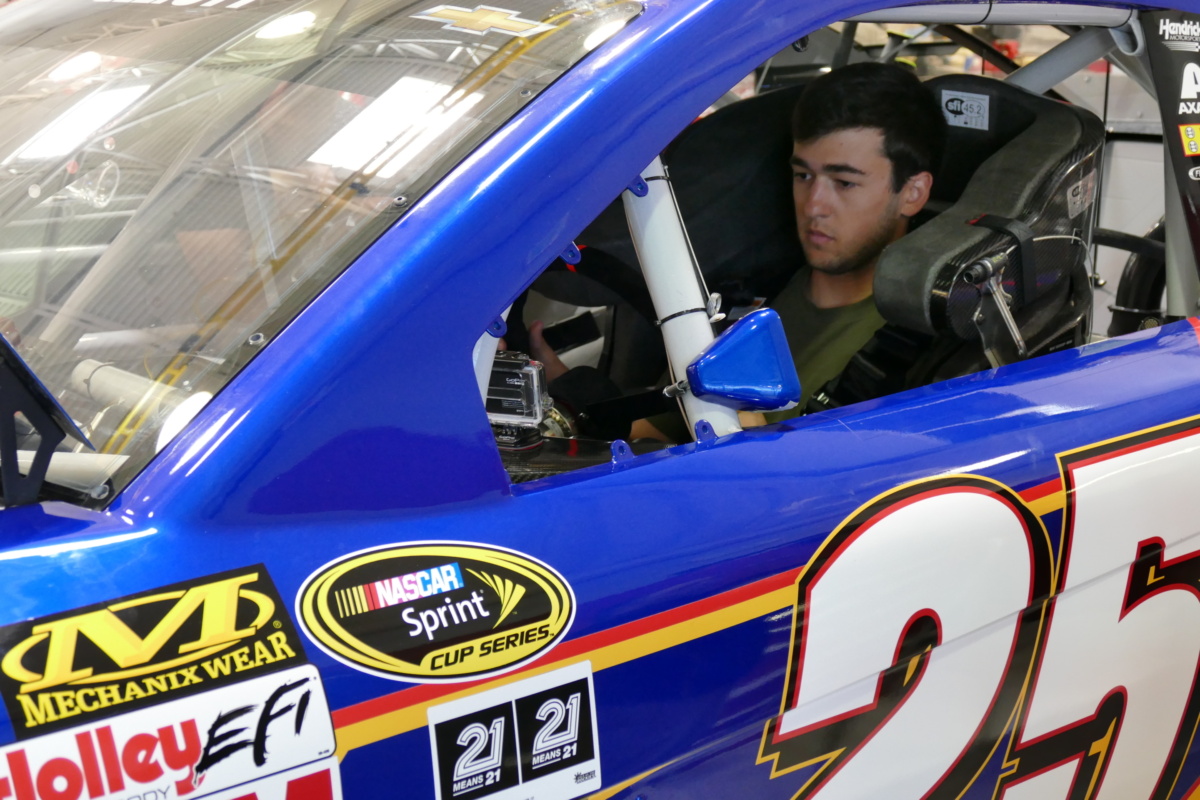 CONCORD, N.C. – Martinsville Speedway is one of the most exciting tracks on the Sprint Cup Series circuit.

It also just so happens to be the one where Hendrick Motorsports has seen the most success – Dale Earnhardt Jr.'s 2014 win was the organization's 22nd at the track.

And it's where Chase Elliott will make his Sprint Cup Series debut, driving the No. 25 NAPA AUTO PARTS Chevrolet SS, at 1 p.m. ET on FOX Sports 1. It's the first of five Cup races for Elliott in 2015.

"When we first came up with these five races it didn't really occur to me how quickly Martinsville came up on the schedule," Elliott said. "I don't know why I didn't think it was so soon in the year. I thought it was later on and thought, 'We've got a while.' Then I get to looking at the schedule at Daytona and I'm like, 'This race is coming up quick.'"

Now that it's here, the first priority will be a strong qualifying effort. That will be the same story for all five of Elliott's 2015 Cup races – at Martinsville, Richmond, Charlotte, Indianapolis and Darlington.

"The biggest goal, first, is to try to get into all of them," Elliott said. "That is the first thing – you don't want to get ahead of yourself. Just try to have good qualifying efforts at all of them but not forget about the race. We definitely want to focus on that and try to be good there."

In the XFINITY Series so far this season, Elliott has qualified in the top 10 in three races, all three of which resulted in top-10 finishes.

He'll hope for a similar effort at the Cup level. And he'll have an experienced crew chief in Kenny Francis to help guide him through the transition.

"You almost couldn't script it any better," Hendrick Motorsports General Manager Doug Duchardt said. "Kenny is a seasoned veteran, he knows how to approach it. He knows how to take his time and make sure he nurtures Chase to take him through the weekend as smoothly as possible."

Earnhardt agreed that with Francis on the pit box, Elliott will have a chance to find success quickly. 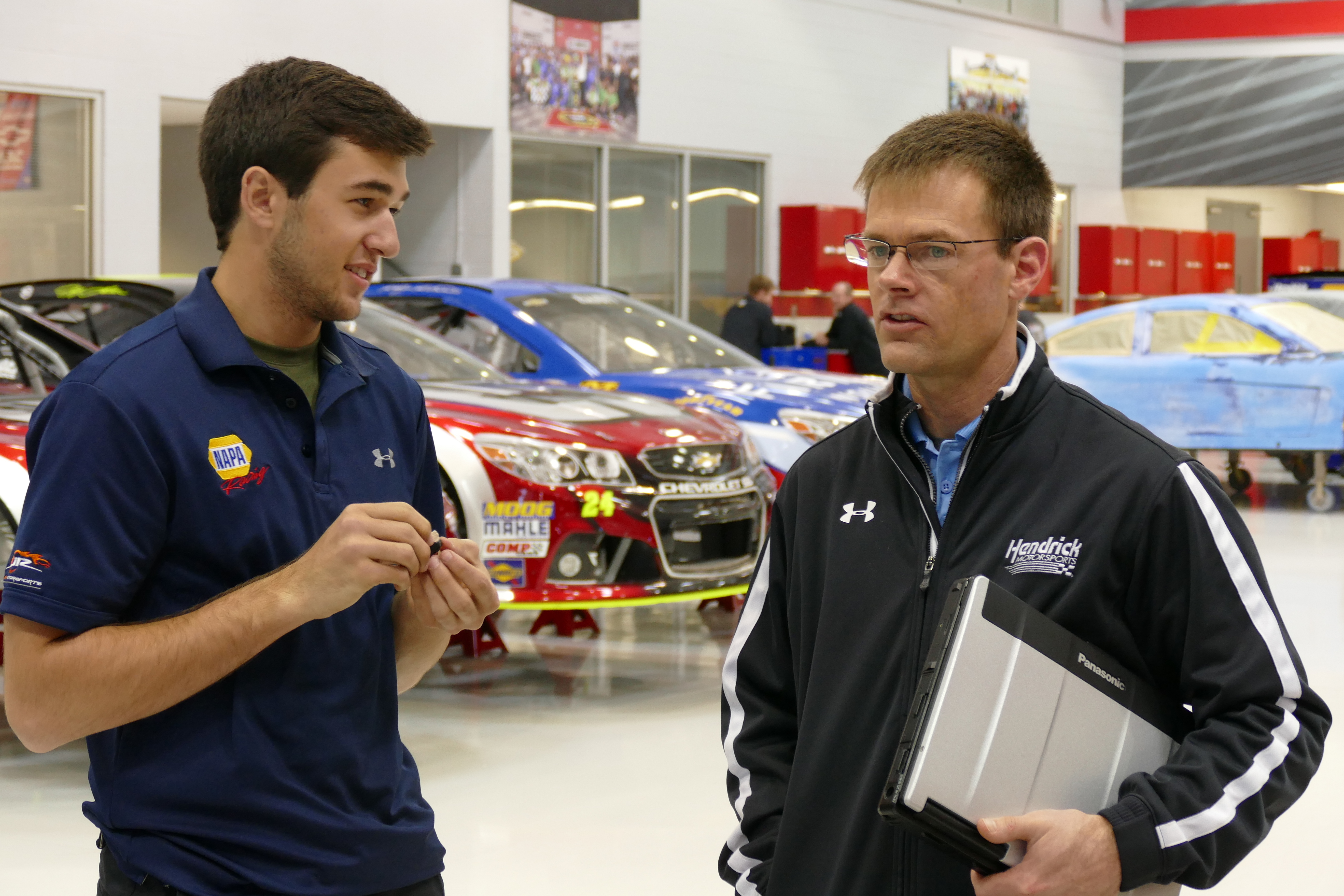 "I think he will hit the ground running," he said. "I think working with Kenny Francis is going to be a huge benefit. I think Kenny is one of the sharpest guys, so that was sort of a lucky feather in his cap that Kenny was available for that because I think Kenny will do a good job transitioning him into those cars."

Not that it will be an easy task.

Francis said that of Elliott's five races, Martinsville is "probably the most challenging track to go to from a driver's point of view," and that's where the rookie will make his debut.

"We are throwing him into some really tough races," Hendrick Motorsports owner Rick Hendrick said. "It doesn't do you any good to pick the easiest tracks."

But Elliott has some experience at Martinsville driving in the Camping World Truck Series, so he won't be going in completely blind.

"I'm excited to go, and Hendrick has had a great record there," Elliott said. "It has been a place that they have had a lot of wins, and it's certainly good to know that and have that in the back of your mind."

To that point, Jimmie Johnson said he and his teammates will be happy to dole out advice where they can, but he has faith that Elliott will be ahead of the curve having raced there before.

"I know he has raced on all types of short tracks and I don't think Martinsville will be a big problem for him, especially having some truck experience there," Johnson said. "We are here for Chase. Anything he needs, we are on board."

As cool, calm and collected as Elliott appeared as his Cup debut approached, he acknowledged that once it actually arrives, there might be a few butterflies.

"I would be lying if I said there wasn't going to be nerves," Elliott said. "That is going to be a big day for me to run my first Sprint Cup Series race. I am really excited about the people I am going to be involved with too. NAPA – they are going to be involved with every single race I run this season. And having Kenny Francis call those races I think will be pretty cool. That's a guy I have known for a long time and have watched him do some phenomenal work over the years with Kasey (Kahne).

"I look forward to hopefully having five solid races with him."