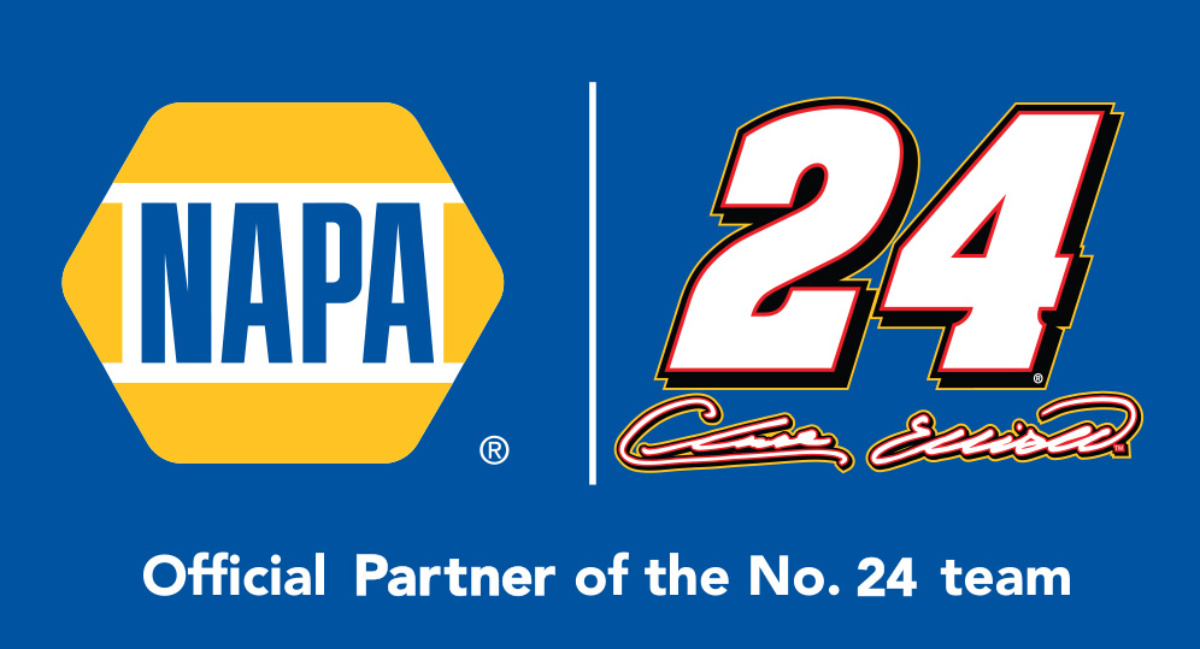 CONCORD, N.C. – NAPA AUTO PARTS will grow its relationship with 11-time NASCAR Sprint Cup Series champions Hendrick Motorsports in 2016 when it becomes the majority sponsor of driver Chase Elliott and his No. 24 Chevrolet SS team. The news was announced Tuesday evening in Las Vegas during the NAPA EXPO, which is attended by more than 17,000 store owners, managers and dealers.

The expanded partnership will feature NAPA AUTO PARTS as a primary sponsor of the No. 24 team in 24 Sprint Cup races annually, including the season-opening Daytona 500, and as an associate-level partner in all other events. The agreement covers the 2016, 2017 and 2018 seasons.

“This is a very exciting time for the NAPA Family,” said Gaylord Spencer, senior vice president of marketing for NAPA AUTO PARTS. “Chase continues to represent our brand in a terrific way, and we couldn’t be more pleased to take our association with him to the next level. We look forward to working with Chase, the No. 24 team and everyone at Hendrick Motorsports.”

“We have an incredible opportunity with NAPA, both on and off the track,” said Rick Hendrick, owner of Hendrick Motorsports. “Our organizations work extremely well together and share many of the same values. The program already has a ton of positive momentum, and we want to carry that into 2016 with great performance in all areas of the business. We take a lot of pride in the relationship and are committed to making a big impact for NAPA.”

It was announced in January that Elliott, 19, will join Hendrick Motorsports as a full-time Sprint Cup driver in 2016. The Dawsonville, Georgia, native currently is third in the 2015 NXS standings with seven top-10 finishes in nine races. In 51 combined NXS and NASCAR Camping World Truck Series events, he has recorded four wins, 25 top-five finishes and 40 top-10s.

“I’m so fortunate to work with a company like NAPA,” said Elliott, who will compete for Sprint Cup rookie of the year honors in 2016. “They’ve been behind me 100 percent, and I never take that support for granted. Continuing the relationship means a lot, and I know the entire team is focused on making it as successful as possible. It’s going to be a lot of fun.”

In 2015, Elliott and his No. 25 NAPA AUTO PARTS team have competed in Sprint Cup events at Martinsville Speedway and Richmond International Raceway. Along with the recently added Sprint Showdown on May 15, he will be entered in points-paying races May 24 at Charlotte Motor Speedway, July 26 at Indianapolis Motor Speedway and Sept. 6 at Darlington Raceway.

Additional sponsorship for Elliott’s 2016 Sprint Cup season will be announced at a later date.