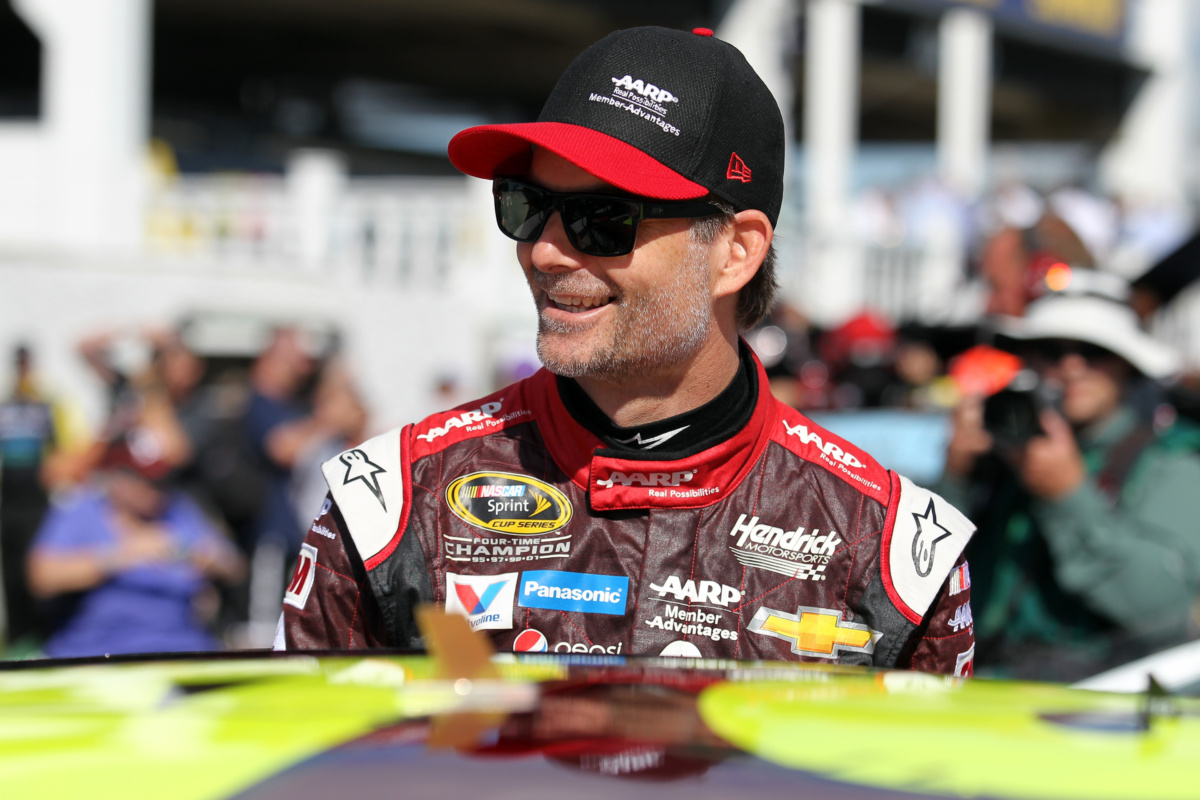 LONG POND, Pa. – In what proved to be a thrilling fuel-mileage race, three Hendrick Motorsports drivers finished inside the top six at Pocono Raceway.

Jeff Gordon and Dale Earnhardt Jr. made it to the finish line with fuel to spare, taking home third and fourth place, respectively.

“Happy with how we finished,” Earnhardt said.

Jimmie Johnson had to pit for one final splash of fuel, but he recovered to finish sixth.

Kasey Kahne was involved in an early-race incident that ended his day prematurely, and he was scored 43rd.

For a closer look at how all four drivers fared in the Windows 10 400, see below.

KASEY KAHNE, NO. 5 AQUAFINA CHEVROLET SS
FINISHED: 43rd
STANDINGS: 15th
RECAP: Kahne began Sunday’s race 16th, but on Lap 5 his progress through the field was halted when his car got loose. Kahne’s No. 5 Aquafina Chevrolet SS made contact with the inner wall on pit road, causing damage that ultimately ended the driver’s day. Kahne was evaluated and released from the infield care center and discussed the incident with the media shortly thereafter. “I just got loose and basically spun and that was it,” he said, noting that he was “fine.” He was scored 43rd.

JEFF GORDON, NO. 24 AARP MEMBER ADVANTAGES CHEVROLET SS
FINISHED: 3rd
STANDINGS: 10th
RECAP: Gordon rolled off the grid 10th, but by Lap 2 he had jumped to seventh. On Lap 20, he was all the way up to the runner-up position. A green-flag pit stop moved him back in the pack – he was 23rd on Lap 34 – but he was back in the top 15 by Lap 50. He remained in the top 20 for a long stretch of racing, and as cars began heading to pit road for green-flag stops, Gordon stayed out. On Lap 126, he was in third – and when the two cars ahead of him visited pit road, Gordon found himself the race leader. After Gordon’s green-flag stop, he returned to the track in 20th. But he kept driving through the field, and his later pit stop proved valuable as many cars ahead of him ran out of fuel. Gordon’s ascent through the field continued all the way to a third-place finish.

JIMMIE JOHNSON, NO. 48 LOWE’S/KOBALT TOOLS CHEVROLET SS
FINISHED: 6th
STANDINGS: 4th
RECAP: Johnson started 12th on Sunday, and after falling back to 16th, he cracked the top 10 when he elected not to pit during a competition caution. By Lap 20, Johnson had entered the top five, and 23 laps later he found himself as the runner-up. After a green-flag pit stop, however, Johnson was all the way back in 31st on Lap 50. But he kept working through the field, finding the top 15 once again on Lap 77. Just before the 100-lap mark, Johnson once again found the top five. From fourth place, he headed to pit road for a green-flag stop on Lap 123, and when the rest of the field cycled through, Johnson was back in fourth on Lap 129. The final, extended green-flag run made it tense for competitors looking to save fuel, and Johnson ultimately had to stop one more time for fuel. But he recovered to take home a sixth-place result.

DALE EARNHARDT JR., NO. 88 MICROSOFT CHEVROLET SS
FINISHED: 4th
STANDINGS: 3rd
RECAP: Rolling off the grid 15th, Earnhardt found the top 10 just 14 laps into the race. He cracked the top five on Lap 43, and by Lap 50 he was the runner-up. But a green-flag pit stop four laps later – and a penalty for speeding on pit road – put Earnhardt farther back in the field. On Lap 72, Earnhardt had made his way up to 25th, but slight contact with a competitor caused him to spin out and bring out a caution. He returned to the track still on the lead lap but in 37th. He kept working, however, and by Lap 105 he had already jumped to 23rd. Earnhardt stayed on the track as other cars headed to pit road for green-flag stops, leaving him in fourth place on Lap 126 just before he made his own pit stop. When the field cycled through, he was back in 21st on Lap 129. But like Gordon, he kept working through the field, and the fact that he made a late pit stop proved valuable. As cars ahead of him ran out of fuel, Earnhardt benefitted all the way to a fourth-place result.