Extensions keep Lowe's, Johnson and No. 48 team together through 2017

Extensions keep Lowe's, Johnson and No. 48 team together through 2017 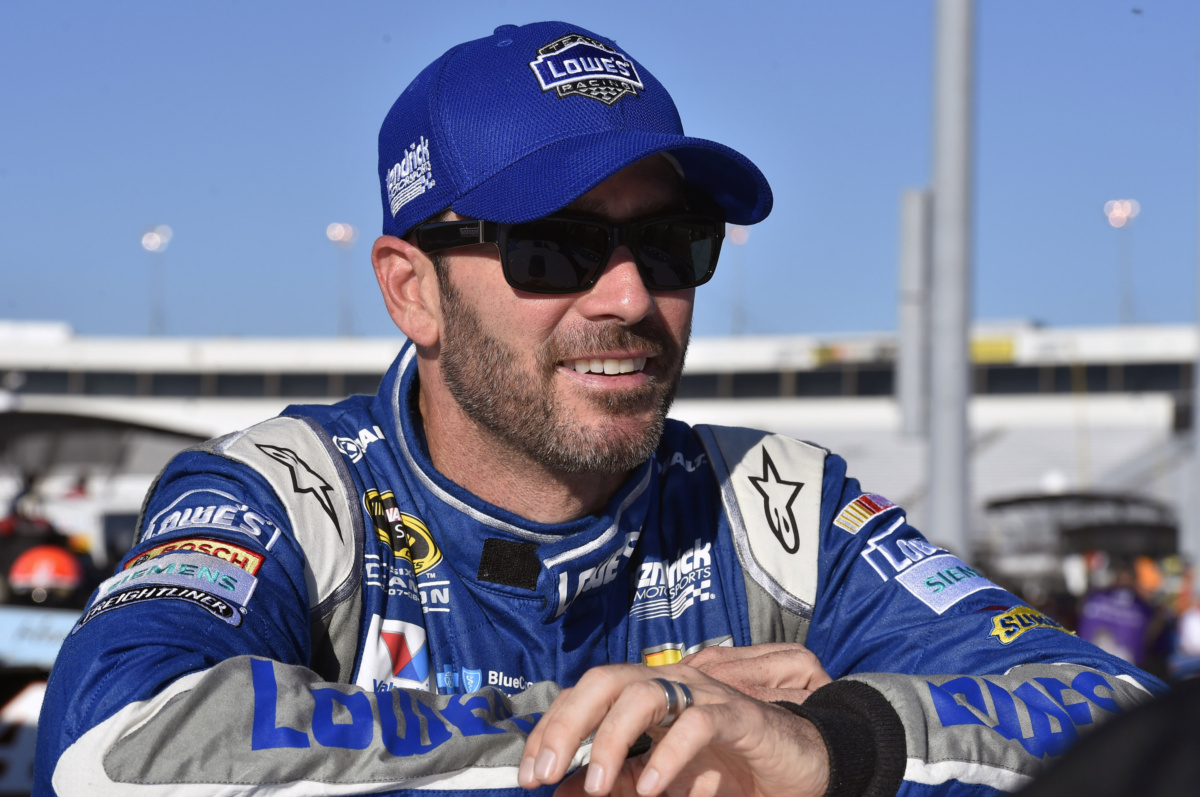 CONCORD, N.C. -- Lowe’s Companies Inc. has extended its longtime relationship with Hendrick Motorsports after signing a two-year agreement that will continue its full-season primary sponsorship of the No. 48 NASCAR Sprint Cup team and six-time series champion Jimmie Johnson in 2016 and 2017.

In addition, Johnson and Hendrick Motorsports have agreed to a two-year contract extension that will keep the driver behind the wheel of the No. 48 Lowe’s Chevrolet SS through 2017.

The agreements build upon a partnership launched in 2001 when Johnson was selected to drive for the new No. 48 Hendrick Motorsports team. Now in its 14th full season, the sponsor-driver-team relationship has become one of the most successful in NASCAR history. Lowe’s, whose NASCAR involvement dates back to its first car sponsorship in 1960, has been Johnson’s primary sponsor for each of his 497 career Sprint Cup starts.

“Lowe’s has a longstanding history with NASCAR and knows its fans are some of the most loyal in all of sports,” said Tom Lamb, chief marketing officer of Lowe’s. “Our partnership with Jimmie and Hendrick Motorsports has been an amazing ride as we chase history, and more than 265,000 Lowe’s employees are proud to be part of such a legacy.”

Since his first full-time Sprint Cup season in 2002, Johnson has earned 74 victories -- the most in the series during that span -- and averaged a third-place (3.07) championship points finish.

“My relationship with Lowe’s and Hendrick Motorsports means so much,” said Johnson, 39, who has won four races in 2015. “To me, this just reinforces how committed Lowe’s is to our sport and to our partnership. It says a lot to have one sponsor and one team for this amount of time. I couldn’t be prouder to represent everyone at Lowe’s and Hendrick Motorsports. This is my home, and I’m looking forward to many more victories together as a team.”

Led by crew chief Chad Knaus, whose contract with Hendrick Motorsports runs through 2018, the No. 48 Lowe’s team has scored at least three Sprint Cup wins in each of its 14 full seasons (2002-15). Johnson’s six championships trail only first-ballot NASCAR Hall of Fame drivers Dale Earnhardt and Richard Petty, who each posted seven.

“Lowe’s history in racing goes back more than 50 years,” said Rick Hendrick, owner of Hendrick Motorsports. “Their dedication over that time, not only to Hendrick Motorsports but to the NASCAR community and our fans, has been absolutely incredible. We’re fortunate to work with a company that’s truly passionate about our sport and shares many of our organization’s core values.

“The contributions Jimmie and Chad have made to Hendrick Motorsports can’t be overstated. When Lowe’s took a chance by sponsoring the No. 48 team back in 2001, we never could’ve envisioned the results. It’s a championship combination and genuine partnership that we’re proud to continue and committed to develop even further.”